How to Double Jump in a Platformer 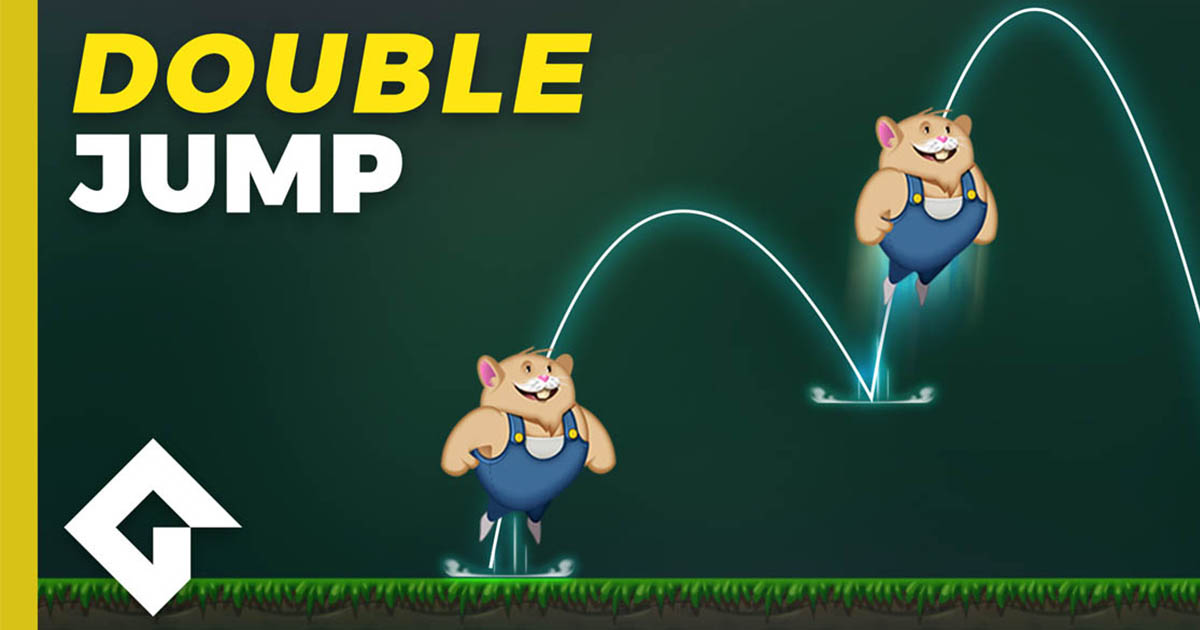 In this tutorial, we'll show you how to create a double jump mechanic to make platforming more fun.

How to Double Jump in GameMaker

We'll create two variables to keep track of the player's jumps: how many times it can jump, and how many types it has jumped.

Add the following code to the end of the event. 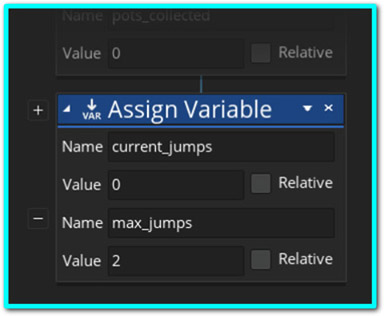 current_jumps will track how many times the player has jumped, and resets on landing.

max_jumps is how many times the player is allowed to jump.

You can set max_jumps to 2, 3, 4 etc. to change how many times the player can jump in total, before touching the ground again.

See how these variable names are self-describing: current_jumps and max_jumps.

We could have named them cj and mj, but that would confuse everyone reading the code.

Open obj_player's Key Press - Space event. In the template, it has just one condition for the grounded variable:

The conditional block in GML Code 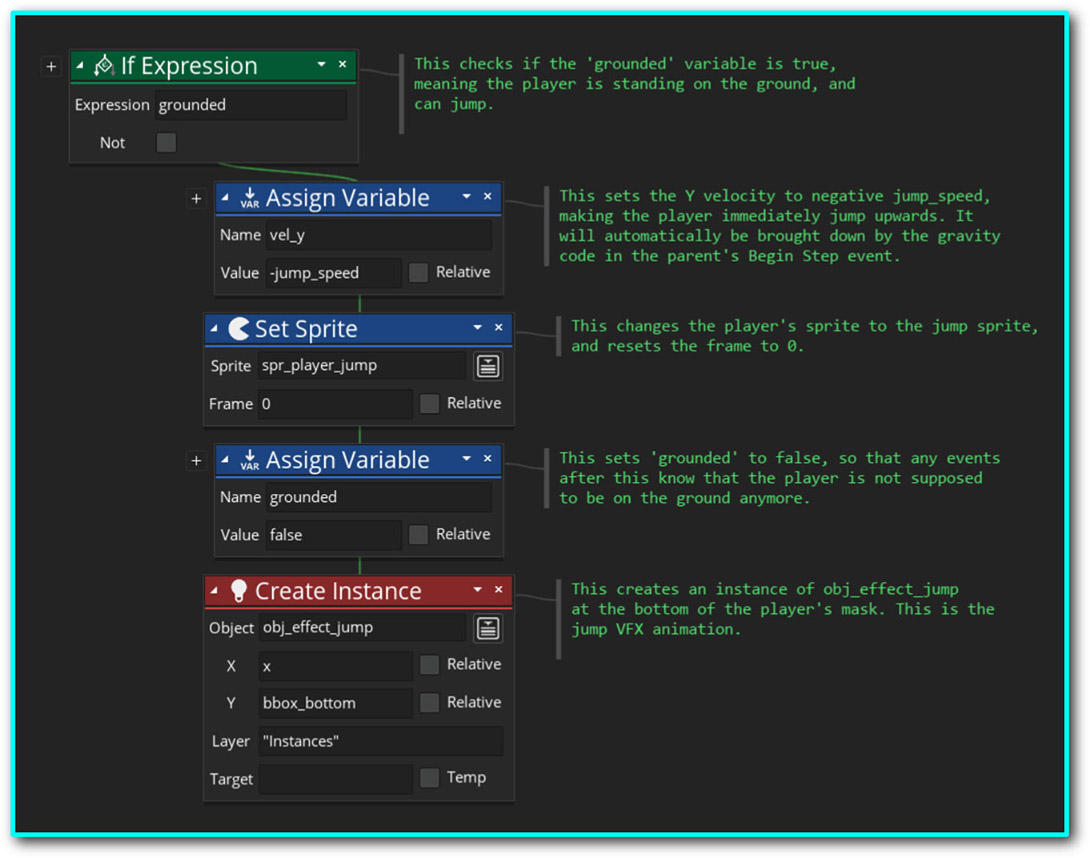 The conditional block in GML Visual

This checks if the player is grounded before allowing it to jump. grounded is a variable set in obj_player's Begin Step event, and is true whenever the player is on the ground.

We need to modify this event to use our new variables, current_jumps and max_jumps.

Change the if statement to check if current_jumps is less than max_jumps.

Inside the if block, increase the current_jumps by one. 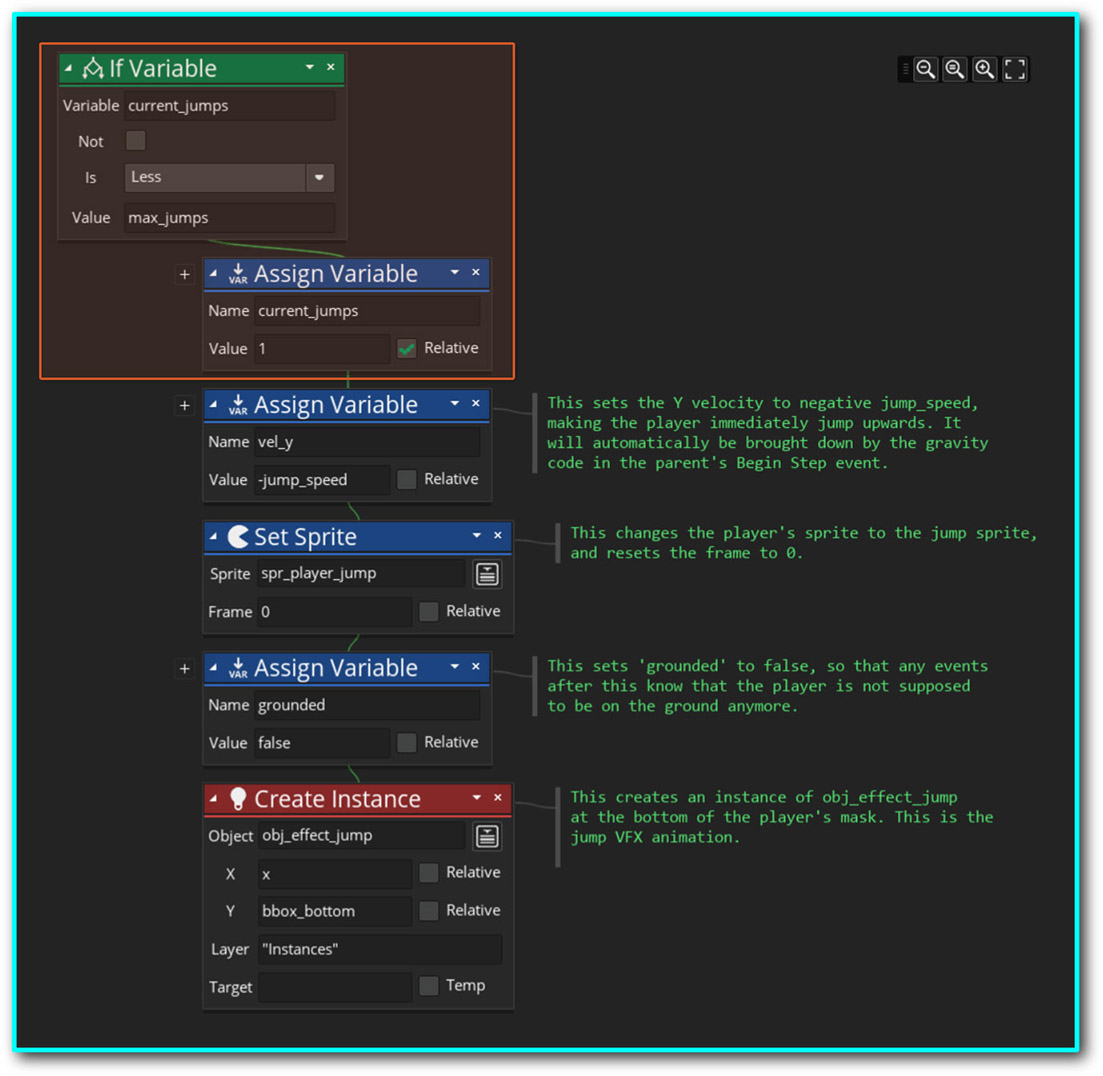 How to Reset Jumps

We want to reset current_jumps when the player touches the ground, so they can jump the same amount of times again. 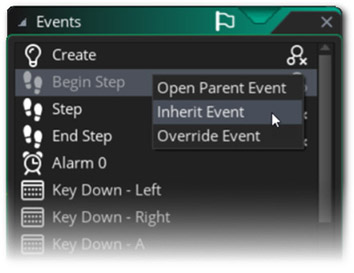 Add the following code after the event_inherited(); line or Call Parent Event action: 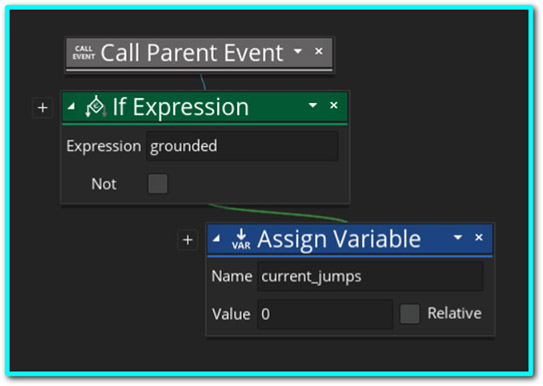 This code resets the number of times the player has jumped to zero once they've landed on the ground, allowing the player to double jump again.

If we test the game right now, everything works fine.

But we do have a small issue. If you fall off of a ledge, you can still jump two more times.

This might be what you want, and if so, you can leave everything the way it is.

However, you may want the player to "use up" a jump when it falls. This means if you allow two maximum jumps, after falling off a ledge, only one jump should remain.

Open obj_player's End Step event. This contains all state transitions, for example, switching the player from “walking” to “falling”.

Find the "case" for spr_player_walk, and then the line where it changes the sprite to spr_player_fall.

In the same block, set current_jumps to 1 as highlighted below. 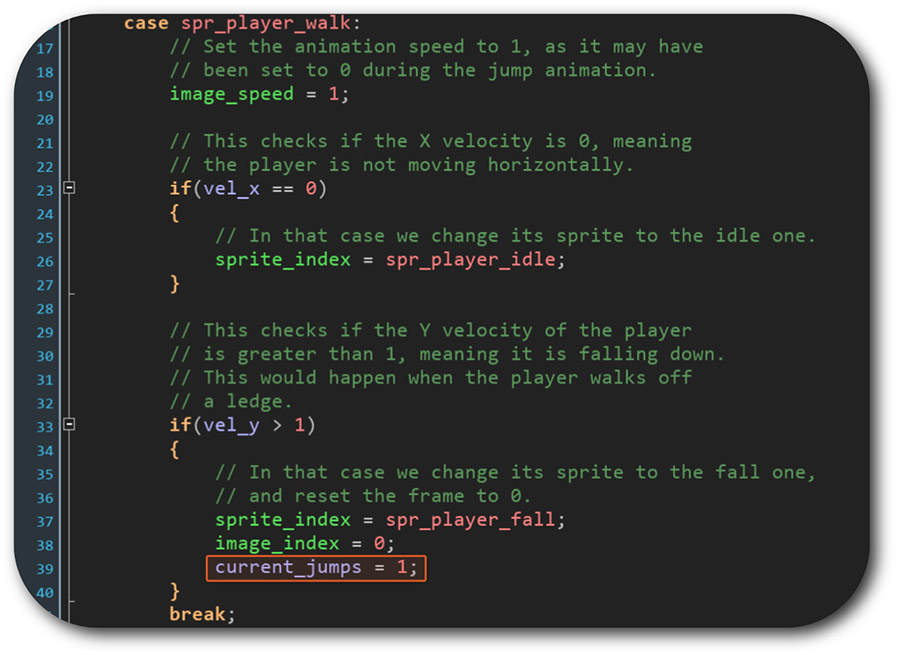 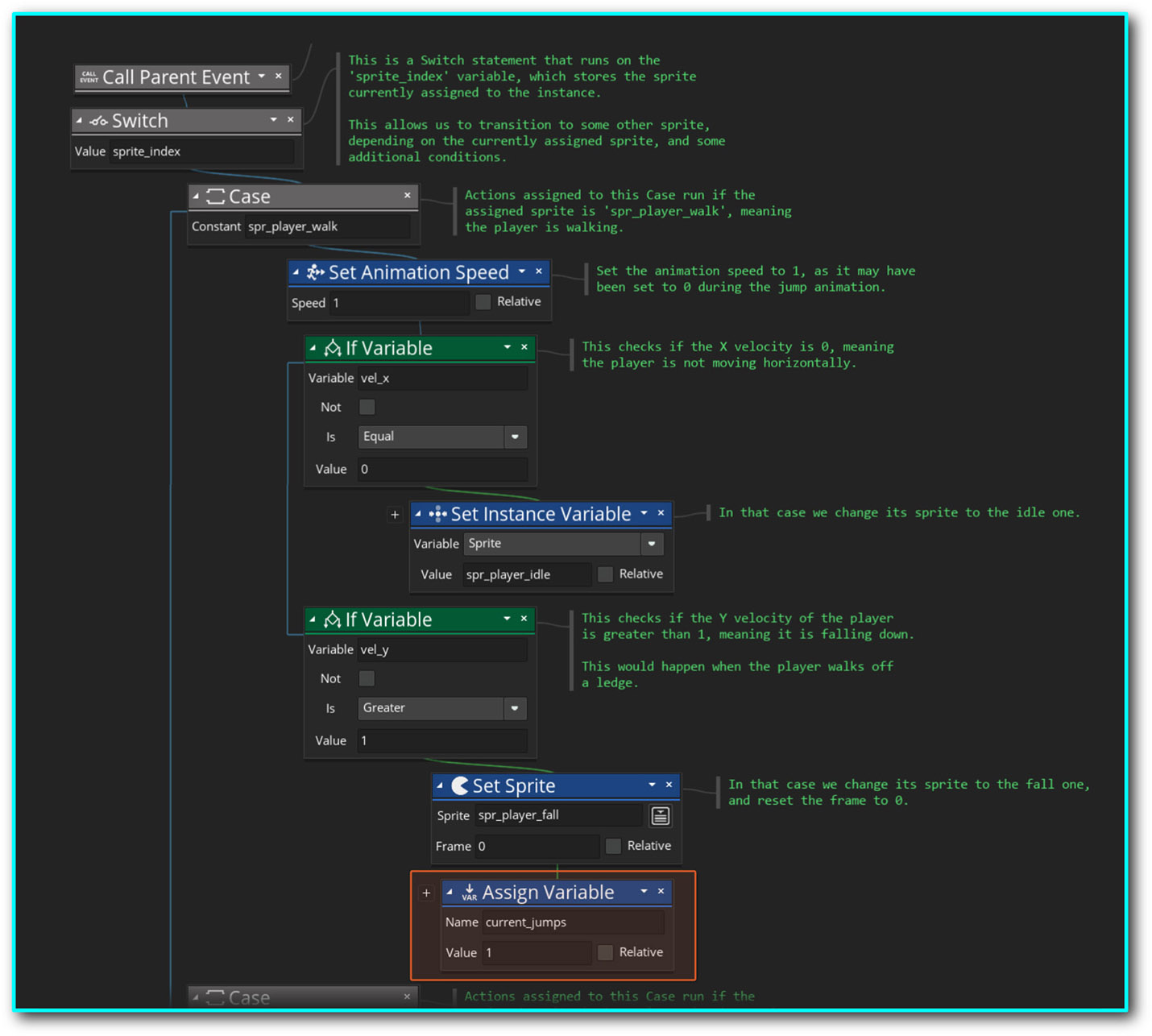 This code sets current_jumps to 1 when the player starts to fall, using up one of the player's jumps.

Now, when the player falls off of a ledge, they can only jump one more time.

You can increase the number of jumps that a player can make by increasing max_jumps. For example, here, I've set max_jumps to 4.

A challenge for you:

Create a pickup that increases the player's max_jumps when they collect it.

This will be an exciting power-up for the player to find!

Here are some key takeaways: