How to Create Pickups in GameMaker 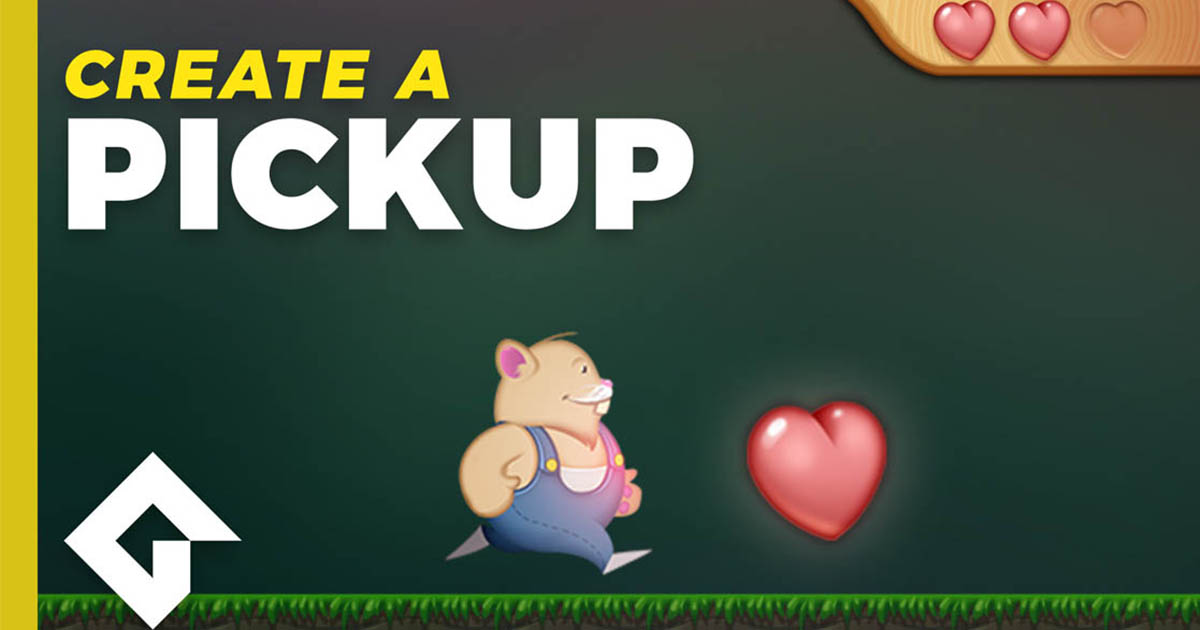 In this tutorial, you'll create custom items that a player can pick up in your games, like health, power-ups, or collectables.

You can watch a video version of this tutorial here:

This tutorial will use two new sprites, spr_pickup_health and spr_pickup_pot. You can either create your own sprites, or download our asset package.

To import this package, click on Tools and select “Import Local Package”. 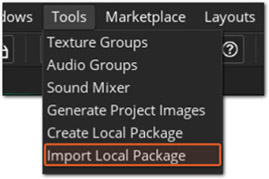 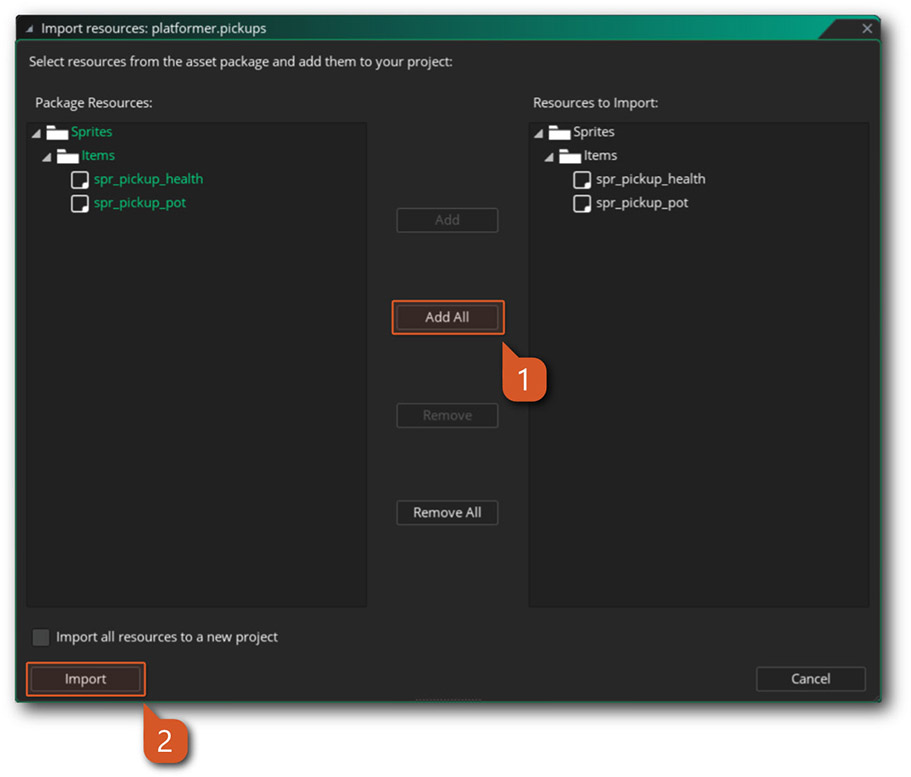 You now have all the assets you need for this tutorial!

Create an object and name it obj_pickup_health.

Assign it the sprite spr_pickup_health (found under Sprites -> Items). 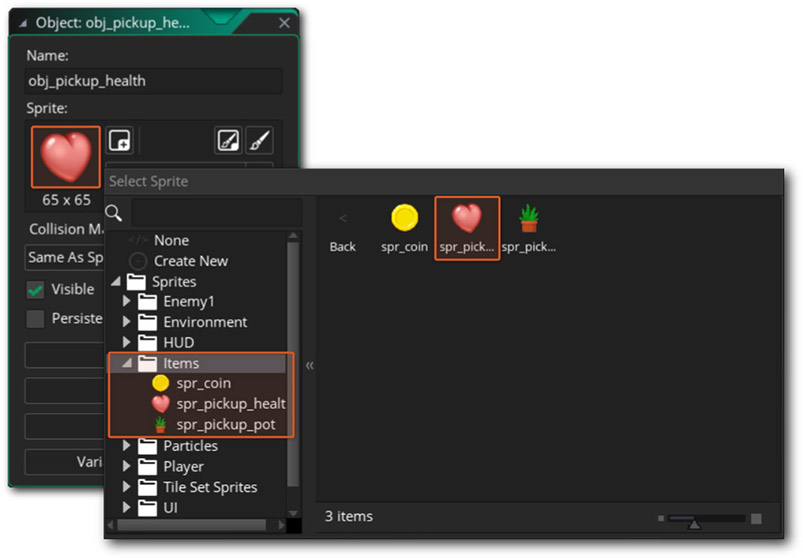 It might sound more natural to name this object obj_health_pickup; however, by putting "pickup" first, it becomes easier to group different pickups under one syntax, such as obj_pickup_pot, obj_pickup_potion, etc.

Let's make the player able to collect this pickup and gain a heart.

In your new object, add a Collision event with obj_player. 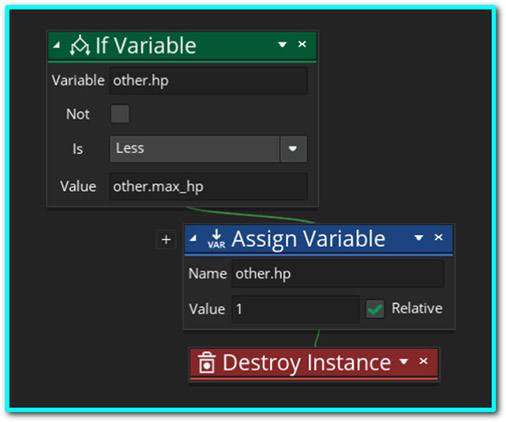 This code references the instance variables hp and max_hp created in obj_character_parent.

When one instance wants to change another instance's variable, it has to "get" it in some way. In the Collision event, you can do so by writing other before a variable’s name.

Read more about the keyword other in the manual. 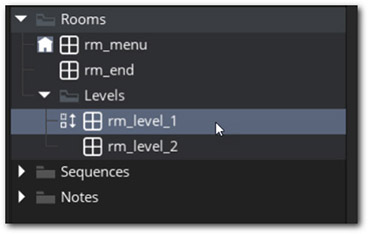 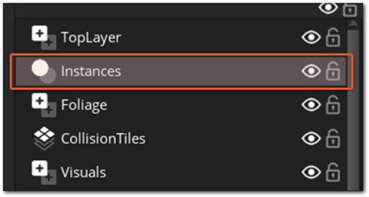 Add an instance of obj_enemy1 (found under Objects -> Characters -> Enemies) and a few health pickups.

If you collide with a health pickup at full HP, nothing happens. That's because you can only collect a heart pickup if the player's health is less than max.

However, if your player gets hurt, you can collect a heart pickup to recover health:

How to Display a Particle Effect in GameMaker

Let's give our pickup some much needed oomph, by showing a particle effect.

Add the following code inside the main If condition, at the end: 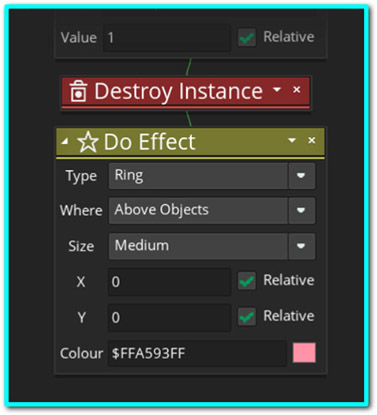 Now when you collect a pickup, you'll see a ring effect. You can play around with the parameters of this function, and create the effect you like!

How to Create a Custom Pickup in GameMaker

We'll create a new "pot" pickup, which the player can collect.

This means we need a variable to store how many pots the player has collected.

Create a new variable in the obj_player’s Create event: 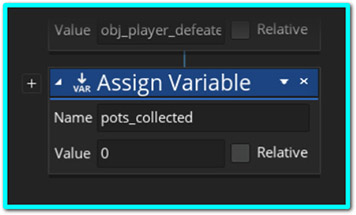 You can search for any asset using the keyboard shortcut CTRL/CMD + T.

Create a new object and name it obj_pickup_pot. Give it the sprite spr_pickup_pot (Sprites -> Items).

I put this object under Objects -> Environment -> Items

In your new object, add a Collision event with obj_player. 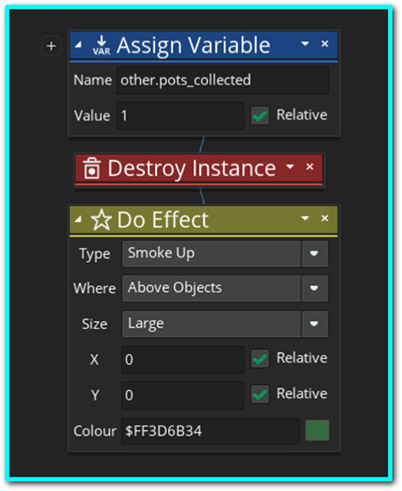 This code increases the player's pots_collected variable by one, and then destroys the pot itself.

It then creates a smoke effect.

Because we're in a collision event with obj_player, we're using other. to reference its variables.

We want to be able to see how many pots the player has collected, so let's add some temporary code to draw that value. 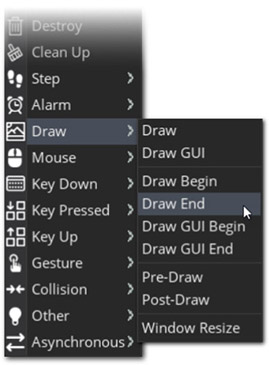 Add the following code in the player’s Draw End event: 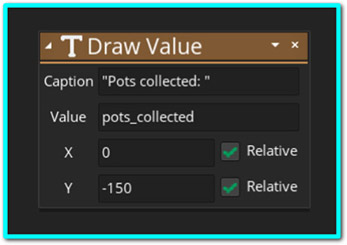 This will draw the number of pots collected next to the player.

Now, open rm_level_1 and place some pots! Run the game and collect all of them.

For the moment we're drawing the number of pots collected next to the player. This works, but it could be better.

Create custom HUD for the pots to add some polish. Animate these pickups using Sequences.

Here are some key takeaways from this tutorial: