10 Women In Game Development You Should Know 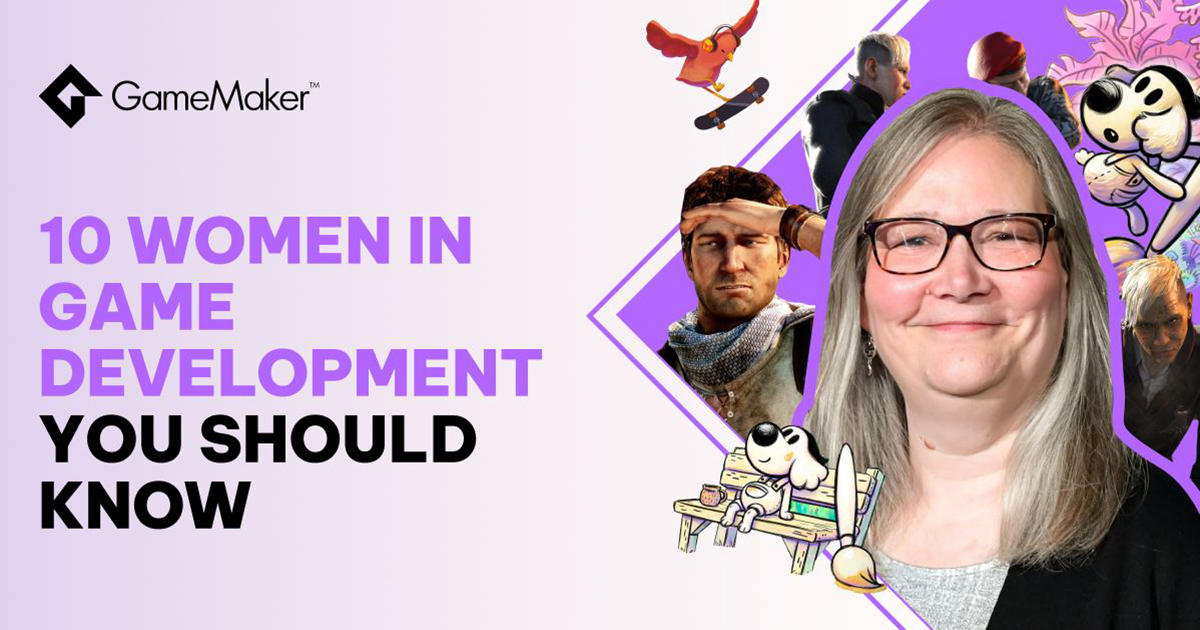 They might not have always been noticed, but there have been incredible women in game development since the industry began in the late 1970s.

Women in games are finally being recognised for their incredible work in multiple disciplines, including voice acting, programming, and writing.

The amazing women listed here are shining examples of the talent and expertise female game devs bring to the industry.

Most known for her work on the Uncharted series, she also contributed to the PlayStation classic, Jak & Daxter. 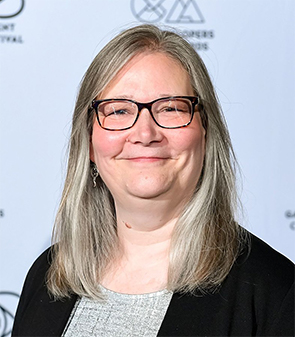 Having taught herself how to code at the age of 11, Megan Fox (no, not that one!) embodies the ingenuity of the indie games industry.

Even the name of her studio, Glass Bottom Games (a reference to an issue many women in game development are all too familiar with), demonstrates her tenacity and will to succeed.

If you’re looking for games filled with cute critters and fascinating stories, give Hot Tin Roof: The Cat That Wore A Fedora, SkateBIRD, or Spartan Fist a chance! 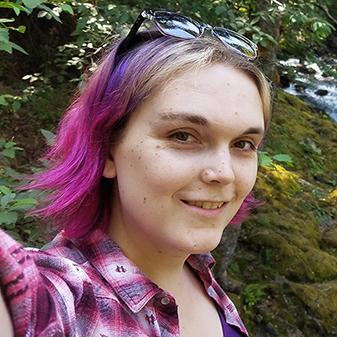 Known best for her work on the soundtracks of Celeste, Chicory: A Colorful Tale, and Minecraft, Lena Raine is a constant fixture in the music library of any respectable gamer.

But did you know that Lena makes games, too? If you haven’t played ESC yet, you’re in for a narrative treat. 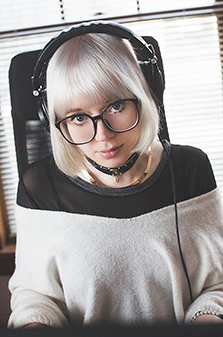 Featured in Fortune magazine's ‘30 under 30’ list of the most influential figures in the video game industry, Kim Swift revolutionised the way games approach level design with her work on the beloved Valve titles, Portal and Left 4 Dead.

Her recent efforts to create games specifically for the cloud have helped to ease the strain on Xbox consoles, allowing for a smoother gaming experience on Microsoft’s latest systems. 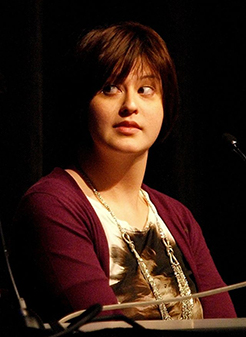 Known for: Castlevania series, Bloodstained: Ritual of the Night

Whether you’re a fan of the Netflix animated show or the classic games franchise, the Castlevania series wouldn't be what it is today without Ayami Kojima.

Her work on Castlevania-inspired Bloodstained: Ritual of the Night is a perfect homage to the series, while remaining its own unique entry in the Metroidvania genre. 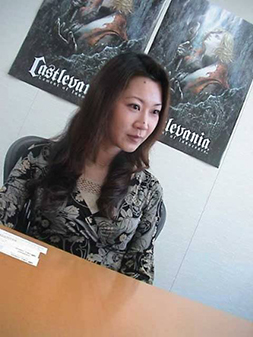 You may be surprised to learn that Corrinne Yu’s work on Quake 2, Borderlands, and Halo aren’t the most impressive parts of her portfolio.

A California State Polytechnic University, Pomona graduate, Corrinne also designed accelerator experiments for nuclear physics research. We’re not saying that research was inspired by video games, but we can’t discount the chance that it was.

Corrinne famously created new lighting techniques and dynamic radiosity algorithms during her work on Halo 4, which were then patented by Microsoft. 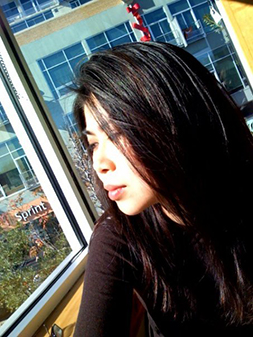 Allison James is one of the most prolific creators in the GameMaker community, publishing more than double the number of titles to GX.games than her nearest rivals.

A long-time GameMaker user and former YoYo Games employee, Allison, together with her partner in crime Dan, are the faces of Chequered Ink, the creators of the Atari-backed Pong Quest.

In her spare time, Allison creates fonts, collects Pokémon, and participates in as many game jams as possible. 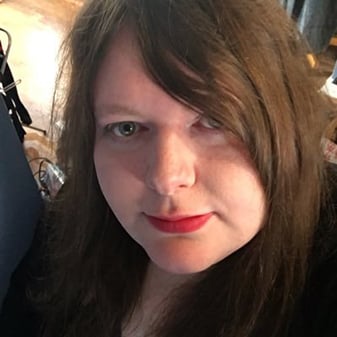 Even if you don’t recognise Kellee Santiago’s name, you’re familiar with her work.

She was a producer on the cult classic Flower, before becoming president of Thatgamecompany during the development of Journey.

Aside from creating games, Kellee is also one of the backers behind Indie Fund, an organisation which invests in and supports the development of indie games. 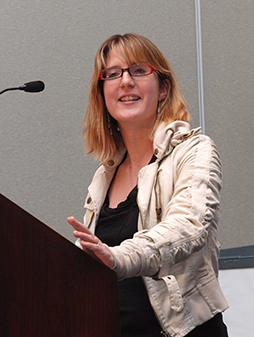 Known for: Keylocker | Turn Based Cyberpunk Action, Virgo Versus Zodiac

A sentient alpaca pretending to be a human (her words, not ours), Nana Moon is the visionary behind the whimsical Virgo Versus Zodiac and the upcoming Keylocker | Turn Based Cyberpunk Action, as well as a proud and vocal GameMaker user.

Nana’s games can be characterised by their engaging gameplay, thought-provoking stories, and gorgeous art directions. 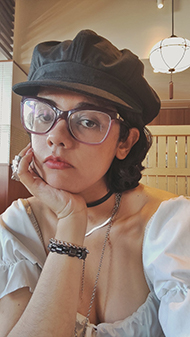 We’ve all heard of the Assassin’s Creed series, Watch Dogs, and Far Cry 4, but did you know that Jade Raymond was the mind behind them all?

She started her career at Sony, before moving to Electronic Arts (EA) in 2003 to become a producer for The Sims Online. Her work caught the attention of Ubisoft Montreal, who hired her to lead the development of the first Assassin’s Creed game.

Raymond is currently heading her own independent studio, Haven Studios, creating a new original IP for the PlayStation. 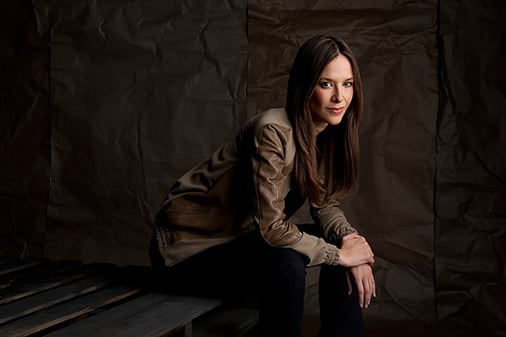 The number of women in game development shaping the future of the industry is increasing every year. A 2021 survey by Statista showed that 30% of the world’s game developers are female - up from 22% in 2014.

We hope that their influence, talent, and skill will inspire another generation of girls who’ll amaze us with their creations.

Is there a woman in game development we didn’t mention? Let us know!