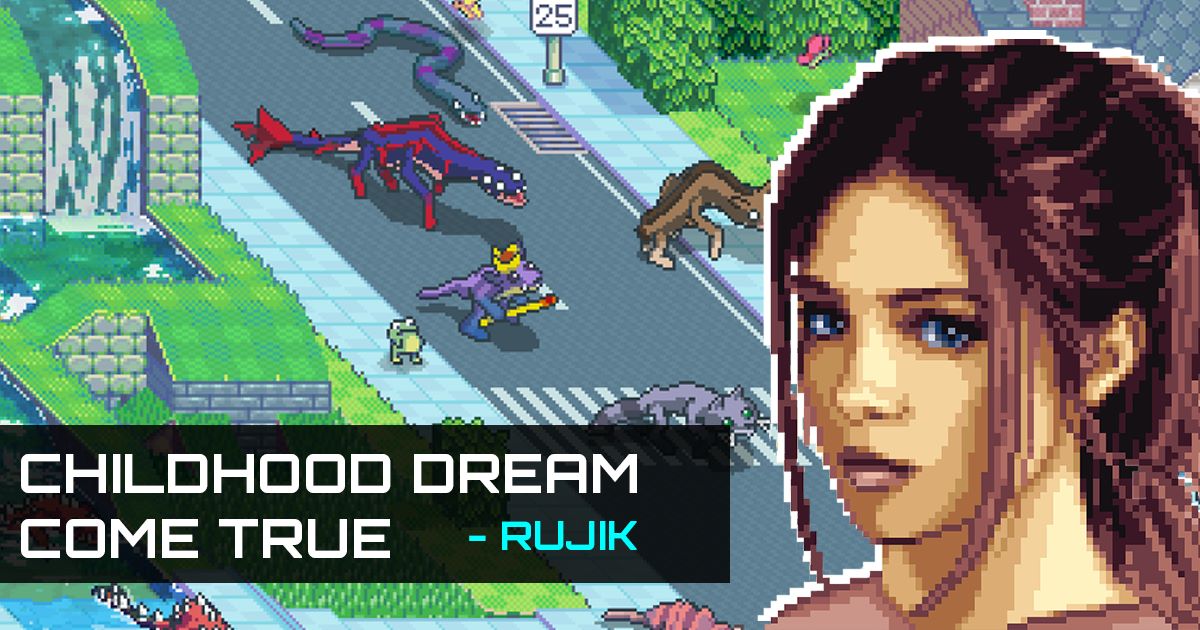 RujiK is a talented pixel artist and programmer, who recently dazzled the GameMaker community with the amazing cross-breeding mechanic in his upcoming monster-raising game.

We asked RujiK how he managed to develop his revolutionary mechanic, future plans for the project, and his favorite monsters to pair.

Where did your interest in cross-breeding monsters come from?

As a kid I wanted to study reptiles, and in college I wanted to work in science research. As an adult, I worked in a science lab for over five years that produced genetically unique mice.

How do you go from genetically unique mice to game development?

I only recently considered it financially possible. I've always wanted to make games but I never really saw myself making a career of it. The first “games” I made were just pictures in Windows Paint where I’d highlight the “player” and move them around with the selection tool.

I have two solo projects that I abandoned. The first was a 2D fighting game and the second was an open world RPG that I stopped working on after realising it didn't really stand out graphically or gameplay-wise.

Does your current project have a name yet?

The name is still undecided but “Socket Beast” or “Critter Crosser” seem likely. It's going to be a real-time action-RPG that takes place in a small open world with monsters to catch, raise, and breed.

The video you recently posted on Twitter shows an interesting mechanic you developed - fully procedural crossbreeding of monsters. What inspired you to develop it?

This whole game is really based on a childhood dream. Most of the inspiration came from playing Dragon Warrior Monsters as a kid. I really liked the game but I was disappointed that the results of the monster-merging were predefined.

I didn't really understand how coding worked and I wanted to be able to create truly unique monsters through breeding. The idea has been in the back of my head for 20 years. 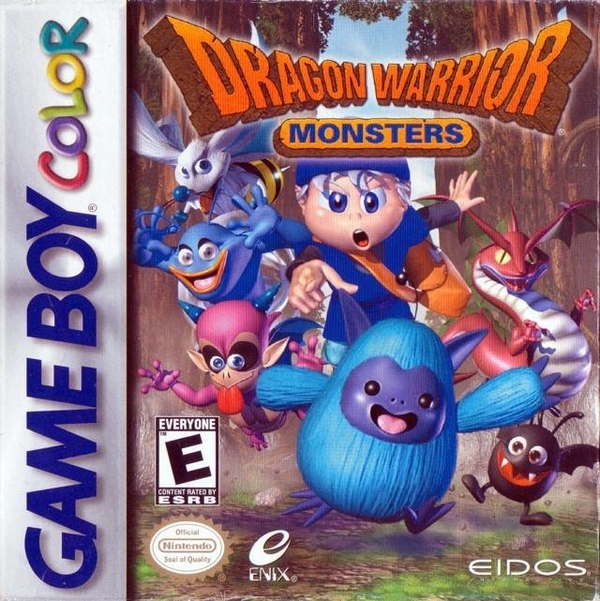 What did the process of developing this mechanic look like?

Like pretty much everything in programming, internally my monsters are just numbers - body length, width, number of legs, eyes, and ears are all numbers in an array.

I first thought it would be cool to be able to slowly morph from one monster to the next, so I smoothly lerped from the first monster's numbers to the second, and it worked surprisingly well.

Breeding two monsters is functionally similar to lerping between two monsters, except I stop halfway.

I did an internet search for “How to make games” years ago and found a handful of recommended game engines. I looked into a lot of them but I was ultimately persuaded by the active community and free game templates to download for GameMaker. I've been using it ever since. GameMaker is primarily a 2D game engine so 3D requires you to do most of the heavy lifting yourself, but the announcement about computation shaders has me very excited.

I'm going to continue to work on my project's gameplay, world, and content. Finding the time to program is probably the biggest challenge. I don't have any set timeline, but I hope to eventually release on PC and the three major consoles that GameMaker supports.

Which are your favorite monsters to pair?

My favorite monster to breed is always changing. Whichever monster is the newest, that's my favorite. I love being surprised by what the code spits out! 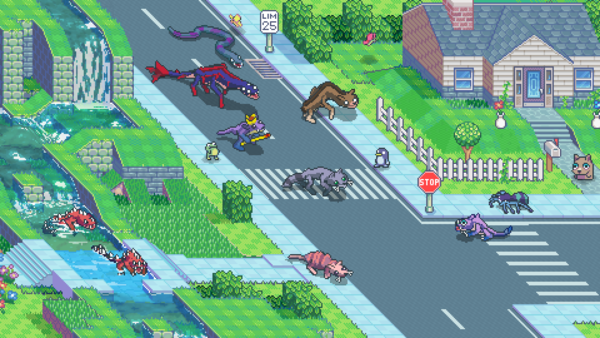