Localisation And More With GameMaker Studio 2.1.4 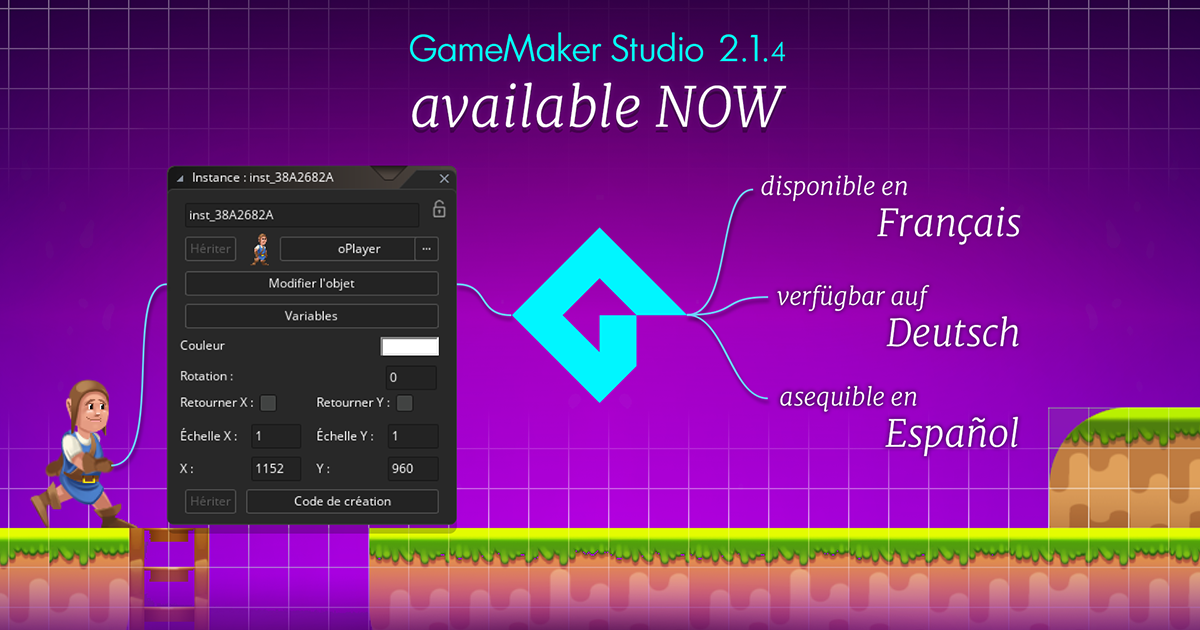 The next release of GameMaker Studio 2 sees the launch of the localisation into French, Spanish and German. The IDE and all accompanying documentation is being translated, giving non-English speaking developers an equal footing when learning to use the tool. Additional languages will be supported in subsequent releases throughout 2018. This is the latest step in a long line of improvements coming in 2018, including the recently announced Nintendo Switch export.

2.1.4 is available right now and, along with the localisation, other new features, fixes and changes are also included.

Several bugs have been fixed, we've also made improvements to the initial start-up sequence, increased performance when working on large projects, and the resource tree now has a visual helper when reordering items. There are also a few new runtime features, such as config support in #macro defines and support for IPv6 in the iOS networking functions. Lastly, lots of runtime fixes, including Steam SDK, many HTML5 fixes, and changes to the behaviour of game_end() on iOS and Android - all of which and more can be read in full here.

Please note: This version is mandatory as we have fixed a licensing bug and are also preparing for General Data Protection Regulation changes. Accordingly, you will get "license is invalid" the first run after updating - please just login again once to fix.