Lena Raine: It’s always a challenge to be taken seriously 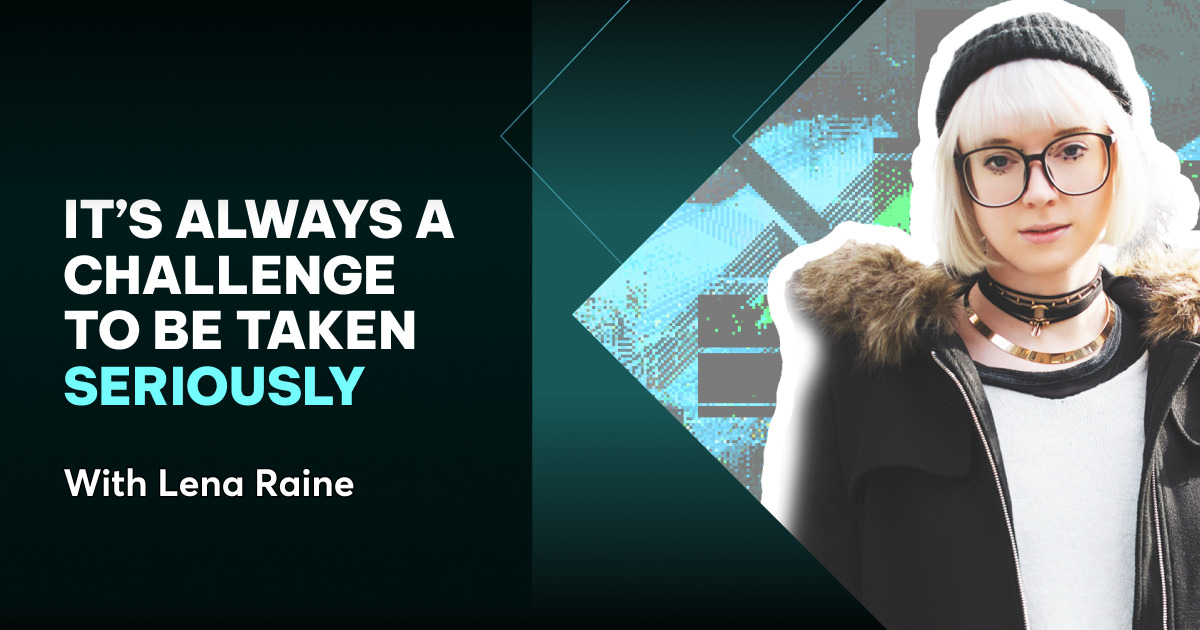 Lena Raine is a woman of many talents, as those who have read her previous interview with us will know. Not only is she behind the soundtracks of some of the most beloved indie games, such as Chicory: A Colorful Tale and Celeste, but she’s also released a game of her own - ESC.

During our interview, we discussed how she learned to code, experiences with the legendary RPG Maker engine, and what upcoming games she’s on the lookout for!

Was it difficult to start coding, considering that you’re a very artistic soul?

It all played into my general experience with learning. I tend to pick things apart and I love to tinker. For example, if I’m learning how to write music, I’ll go into an existing piece of music and take it apart and see how it ticks, the chord structure, the melody or relationship of notes and how they work.

As far as coding goes, I had the opportunity to be around a lot of other developers, and I could go into people’s code and see how it worked.

Developing games came from that instinctive drive to see how things are put together, and then making my own stuff with it. Even when I was working in Quality Assurance (QA) at ArenaNet, I was still going into the development tools and looking at everyone’s script to see what caused the bugs I kept finding.

Do you find it challenging to be a woman in game development?

It’s always a challenge to be taken seriously and to have your voice heard. Thankfully it’s not been a huge issue, because people tend to reach out to me specifically because they want to hire me.

I definitely have a better time because I’ve already made a name for myself, but I see that many of the composers who are being hired for big projects are still predominantly male. 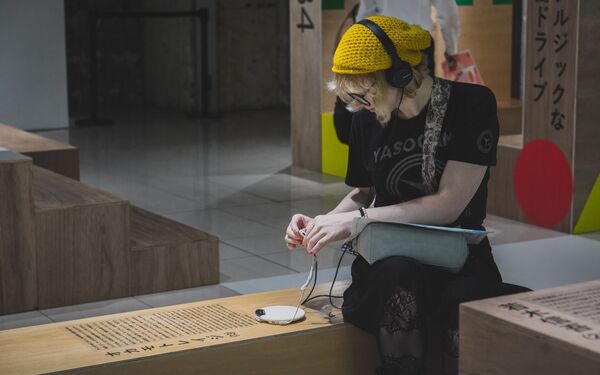 Lena Raine in her natural environment

Is that an issue in the indie spaces as well?

Indie spaces are a lot more diverse. There’s a lot of smaller teams, so people - especially some of the more queer, LGBTQ+ game design communities - tend to be friends and collaborate together.

It’s wonderful to see the diversity, but it’s not always those teams that are getting the most support from big publishers. They usually seek out the studios who came from AAA games companies, who happen to be predominantly white and male.

How did you discover GameMaker?

Through friends that were working in games. A lot of the game engines, such as Unity and Unreal, are a lot more focused on 3D, whereas I came from RPG Maker 2000.

I’d seen a couple of games that were being made in GameMaker, so I gave it a go and noticed it was easy to work with. I watched some of the tutorials, and followed YouTube videos here and there to get some experience, and then started figuring out how to make the systems that I wanted to make for my first game.

What kind of games were you making with RPG Maker?

I was making areas and scenarios that I could write music for. RPG Maker 2000, which I was using back in high school, only had MIDI support, but it was quite powerful. It allowed me to do dynamic cues and change tempo or key, even within the software’s rudimentary systems.

I never finished a full game, but I did a lot of tinkering in the engine because I was very interested in doing music for games at the time. 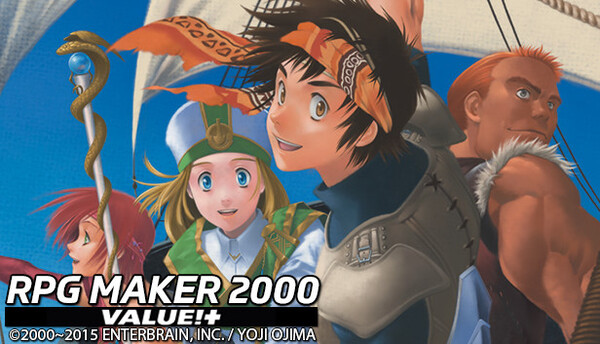 There are a lot of things in GameMaker that are intuitive, like putting scripts together and code-formatting. It’s really easy to get started, and it lets you play with ideas in ways that you can build on.

It's pretty simple to set up a world in which a player can walk around and interact with things, even without the core gameplay loop.

I think GameMaker’s audio tools need a lot of love, because they’re very rudimentary. They can play and loop a song or a sound, but ultimately it’s not as powerful as something like FMod or Wise.

Since I can’t natively integrate FMod into GameMaker, it narrows the number of things I can do with dynamic music in my project. It’s kind of interesting though, because when I was working with Greg Lobanov* on Chicory: A Colorful Tale, he actually designed his own tool within GameMaker.

*Check out our interview with Greg Lobanov, who discusses how it felt to win the Family BAFTA Award, and addresses criticism of Chicory: A Colorful Tale's subject matter.

What games have you worked on as a developer?

The game I finished is an interactive novel called ESC. It started out as a writing project, so I had initially written the whole thing from start to finish without interactivity in mind.

As I was writing it, I thought it would be really cool if what I wrote was presented in more of a visual novel format, with sound effects, music and backgrounds.

The core gameplay and story is based around online roleplaying communities. You play one of the characters from a first-person perspective, pressing the keys on your keyboard to type out the pre-written lines, and inputting them as though you are the person writing and sending the messages. Characters respond to you to mimic the roleplaying experience.

It was a fun experiment. Initially I was writing the chat log, and then it turned into something interactive, where the player was an active participant, watching the plot unfold in real time. 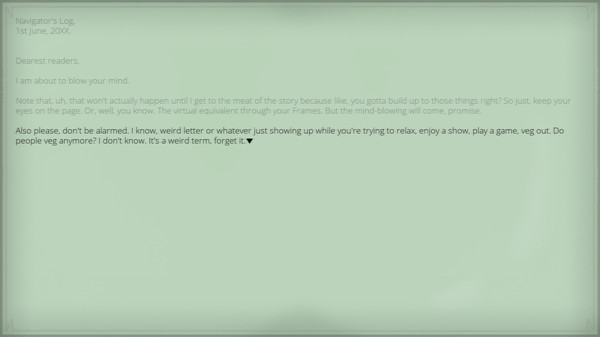 Is there something you’re working on at the moment?

The other project I’m working on doesn’t have a final name yet. I’m calling it Project Astray, and it’s more of a traditional game. It’s less visual novel-y, and I’m doing a lot of sprite work and art myself.

It’s an adventure game where you play as a very antisocial, shut-in girl named Astra, who gets a text message from her sister, who’s trying to get Astra to come out and be more social.

There’s a lot of texting back and forth between the characters, as Astra learns to navigate the world while being reclusive and scared - she’s a little ghost of society kind of character.

Right now I’m working on my game project when I can, but my primary focus is the Celeste team, which formed into a new company called Extremely OK Games.

We’re working on a new game called Earthblade, and we haven’t really announced a whole lot about what it is yet, but it’s very exciting. We put out a trailer, which has concept art and some music that I’ve written for it so far, and we’re actively working on it this year, targeting a release some time in 2023. 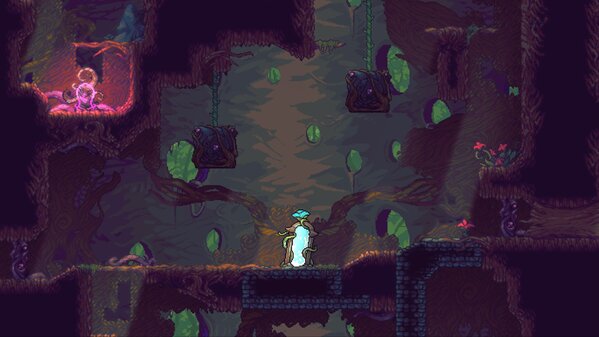 Is there any game that you’re looking forward to in particular?

The indie scene in Japan has been pretty strong, but it’s been underground, and not a lot of localisation has been done for Western audiences. I think that’s finally starting to pick up a bit, so there’s a lot of really cool, exciting game developers coming up over there.

There’s a game called Goodbye World, which is by Yo Fuji. It’s a game about game development, following two game creators and playing their games as they’re being developed. It’s releasing this year, and it looks really neat!

And there’s Hako. They made a game called Unreal Life, which was released in English around two years ago. They must be developing something new, so I’m really excited for what they’re working on.

Read the second half of our interview with Lena, where she discusses how her career in the games industry began, and her time working on Chicory: A Colorful Tale and Celeste.