How Indie Gaming Can Create A Better Environment For Female Developers 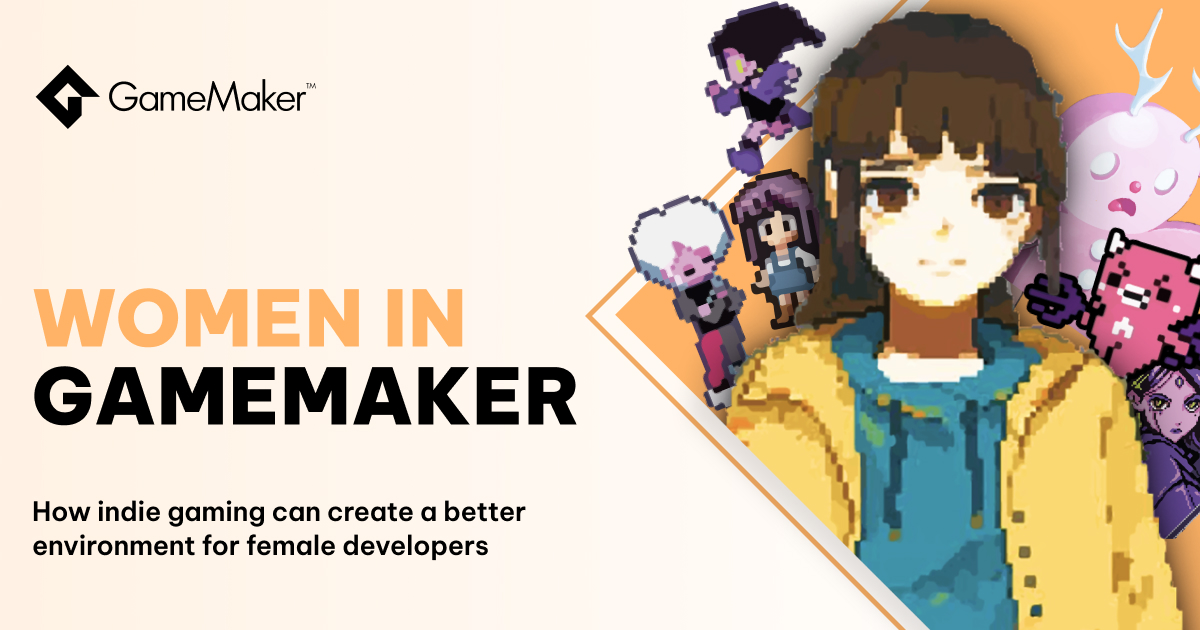 Many talented women and girls feel discouraged by the inherent sexism of the game industry. In some cases, they chose not to pursue a career as game developers because of the lack of encouragement, and the patriarchal expectations that still exist in our society.

This week, we want to do our part and shine a spotlight on all the amazing female developers using GameMaker to create their awesome games!

Women in the games industry

It’s no secret that the game industry hasn’t always been the friendliest environment for female developers.

A seven year study conducted by International Game Developers Association (IGDA) claims that 61% the video game industry is male, 30% is female, and 8% is non-binary.

Our own statistics look very similar - according to a survey run during Global Game Dev in 2021, only about 28% of our users are female. 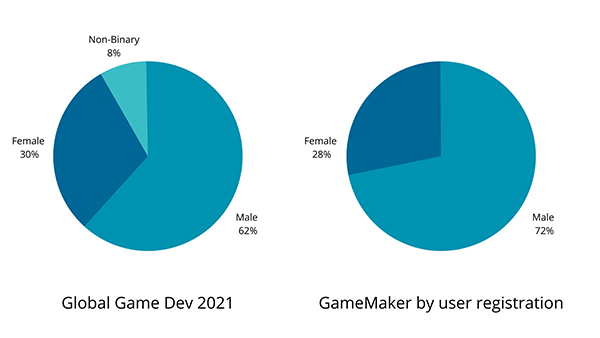 We aim to make game development accessible to everyone, regardless of their gender, race, or age, so we asked ourselves: what can we do to encourage women to create their dream games?

For the longest time, game development and coding were painted as mostly male professions. However, this attitude is slowly changing, as game development spaces become more welcoming towards women.

In recent years, we’ve seen a rise in organisations focused on promoting coding among young girls, such as Girls Who Code. Other groups, like Women in Games, offer women who are already working in game development a community to call home.

Ultimately, there’s no uniform approach to this issue. The best way for the games industry to become more inclusive is to listen to women’s experiences and opinions, understand their needs, and meet their concerns with decisive action, rather than empty rhetoric. 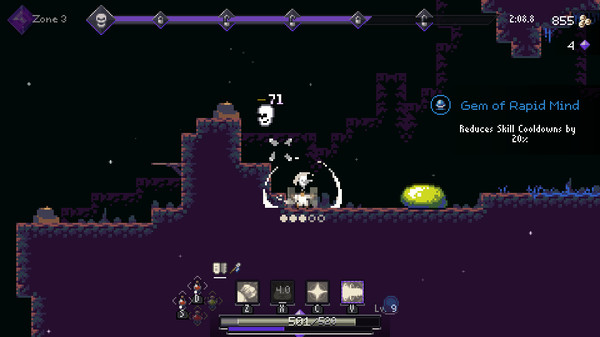 This week is our first-ever Women in GameMaker Week (#GameMakerWomen), highlighting all the talented female developers using our software.

Over the week, you’ll get to read our interviews with:

On the final day of the week, you’ll hear from Allison James, FriendlyCosmonaut, and Simone Mänd, who’ll discuss their experiences in the game industry and share their advice for the next generation of female game devs.

You’ll also hear from Chantal Ryan, known online as Kazielle, who discussed her experiences as a female game developer in a video interview available on GameMaker’s YouTube channel later this week. Here's a small preview of that interview, where Chantal discusses the moment she realised a male developer didn't believe she could code a game because she was a woman.

GameMaker resources made by female developers

If you want to try your hand at making games, take a look at FriendlyCosmonaut’s YouTube channel, where you’ll find videos on a variety of subjects from Farming RPG tutorials to Source Control.