GXC is Here! For Creators and Gamers 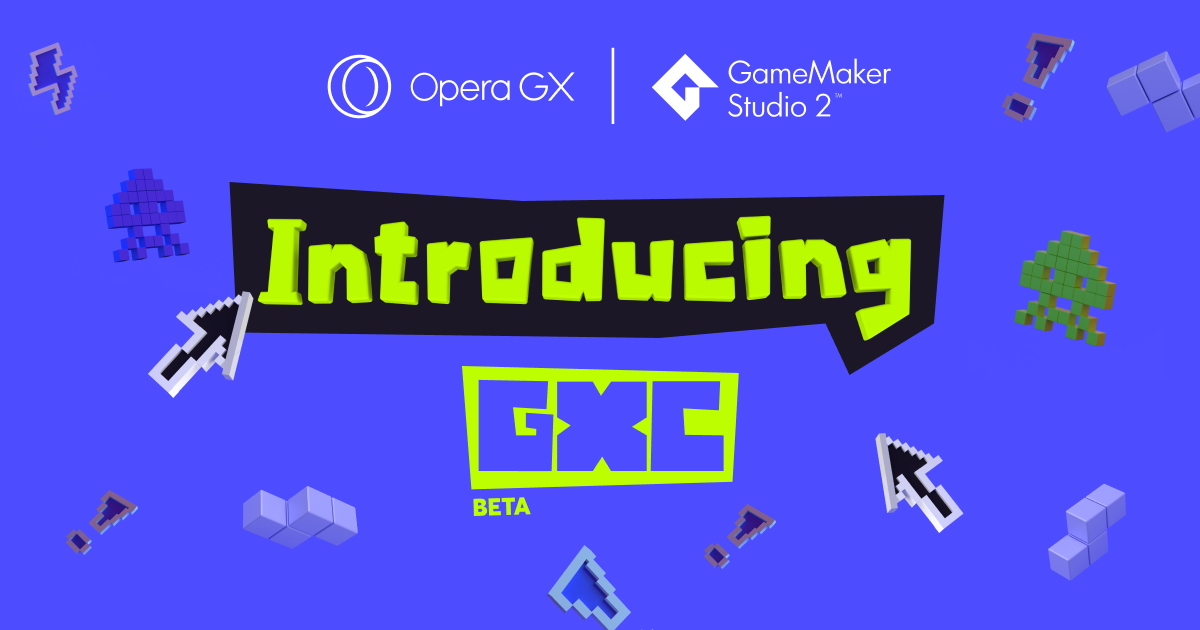 Working in collaboration with Opera GX, we are delighted to share with you: GXC - a place to play, share and discover amazing games. Export your GameMaker game to GXC for free with 1-click publishing, to get instant feedback during development. We want to empower creators like you and show the world the great games being made with GameMaker.

Opera GX has an audience of 10 million gamers that are hungry to see and play all these new titles on the web. You can take a look at all the games already available by visiting GXC at https://gxc.gg/.

It’s easy to publish your GameMaker game on GXC, just select the “Opera GX” target when exporting. Watch the tutorial and set up your games on DevCloud: https://dc.gxc.gg. It’s also a great way to get fast feedback on early stage game releases. Read the Helpdesk to learn all that you can do as a GXC creator.

Along with the launch of the new platform, we are delighted to announce the winners of the Community Showcase Competition. 45 awesome games each won a $1000 prize! This is only the start for GXC and GameMaker competitions. There will be Game Jams using GXC, allowing you to win money and get your games featured to millions of gamers and gaming influencers.

Challenge of the Week

GXC will also feature a Challenge of the Week. A game will be picked by the GXC team, influencers or creators, and made the featured game. Players will win prizes for high scores! Our first Challenge is from the game HyperVelocity and starts on November 8th!

The launch of GXC is just the beginning. Planned updates include testing of new monetization options with a virtual currency and incentivized ads that support creators.

We can’t wait to see your game on GXC!
Happy GameMaking.