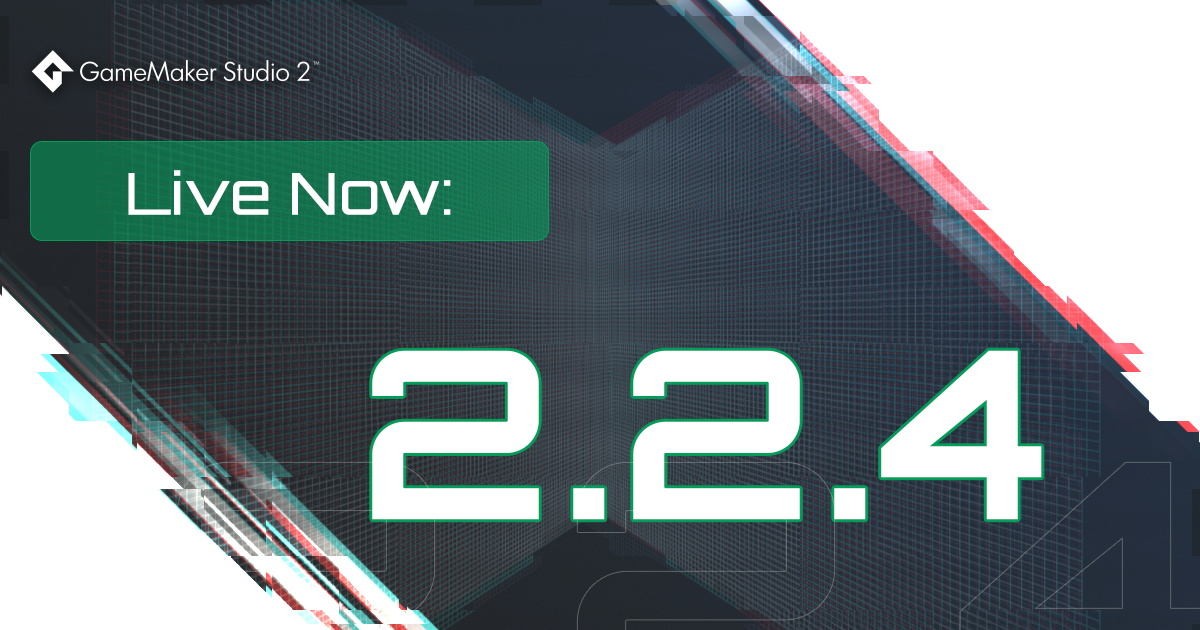 2.2.4 introduces a big update of the build toolchain to match the requirements of Android 10 and also macOS/iOS/tvOS following Apple's recent announcements - please update to this version if you're using macOS Catalina. IAP support has been greatly updated - including subscriptions support and receipt verification functionality! Plus, there has been another big push on making HTML5 games work more closely to how they do on other platforms. There have also been some changes to how and when files are created and a clean-up of some redundant game options, which should result in less confusion when working on your projects.

Please be aware there is a change to licensing, so GMS2 will say your licence format is invalid the first time you start the IDE. Simply okay this prompt and log-in again to re-validate your licence. You should only see this once.

Due to the significant changes in build tools for Android and Apple platforms, it's worth reviewing the Required SDKs page and the associated setup guides