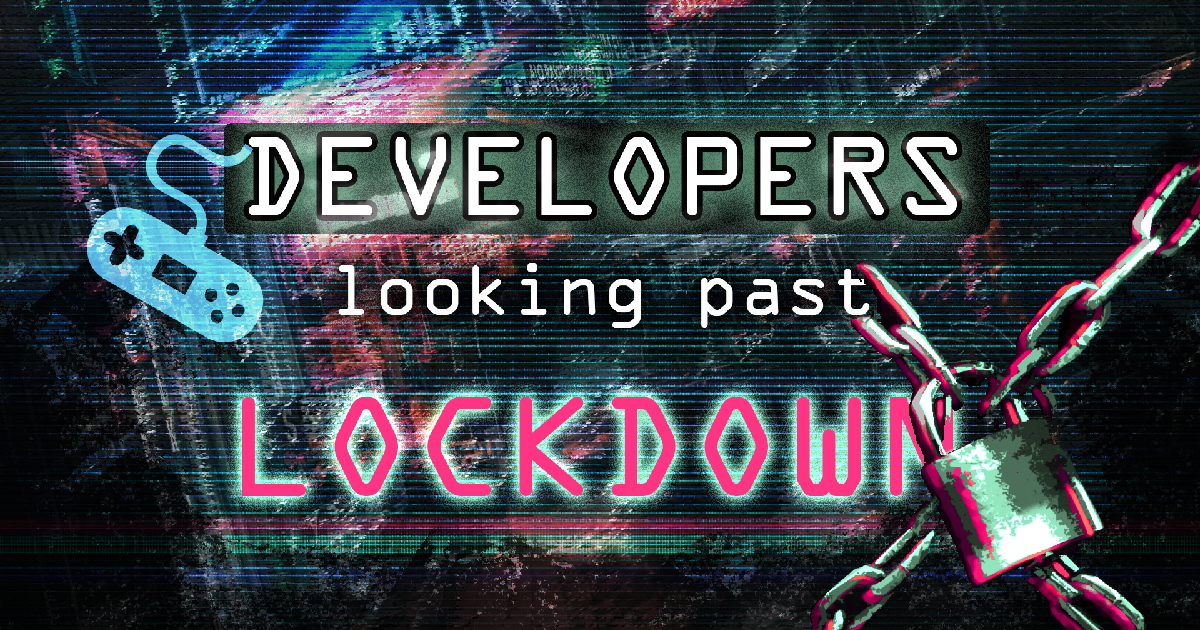 Before the pandemic upended everything, indie games were in a great place. Advancements in-game engine technology has made it easier than ever for hobbyists to start making great games. Lone developers and small studios were experiencing unprecedented support from the console platforms. And the diversity, quality and execution of indie games were hitting a major upswing in response.

So how has spending close to a year in lockdown impacted indie game makers? Has less physical contact affected creativity? And what will the future look like for indie games in the post-pandemic world?

“Creatively, it's been weird”, admits Carl-Frederik Wibroe, a developer from Denmark when asked how the pandemic has affected him. “I'm making an upbeat, humour-filled, RPG with point n' click and farm-sim elements, and it's been a lot harder to stay creative with a deadly pandemic in the background” he confesses.

The pandemic has meant that most developers have had to spend much of of the last year at home. Fortunately, working from home and collaborating online is something that indie game makers do extremely well.

This has meant that many indie developers have been able to thrive this last year. This is something Michael Barrett believes is a major positive: “The huge spur of remote work can only really be good for the indie scene, especially for those not in full-time indie shops. We've got more strong understanding and availability of remote collaboration tools than ever. Working with someone across the world is very, very doable, albeit it requires a shift in work methodology.”

Being grounded at home much more this year has given part-time indie developers and hobbyists an opportunity to spend more time learning to make games. “I usually work on my games at the weekends, but COVID has given me a great opportunity to work for the whole week”, explains Sohom Sahaun, a part-time developer from Bangladesh. As a result, he’s learned new skills and taken on more projects, which he admits “has kept me alive for the last seven months.”

In South Korea, student ZIK has also taken advantage of having less outside distractions to focus on his game design: “My productivity has actually increased since I didn't have to actually commute to school and whatnot, which has given me some extra energy and time to invest in game developing.”

Tom Grochowiak from Poland believes that this swing to remote working is likely to have little effect on small studios, but may have long term ramifications for developers from larger studios: “For smaller studios, I don't think that much has changed honestly. However, I can see the emergence of new indie studios as an indirect consequence of employees of larger companies discovering the advantages of working from home”, he says.

In general, the pandemic has provided an opportunity for more developers to spend much more time making games. However, some believe this could result in a flood of new titles hitting the market over the next few years, creating discoverability challenges for smaller games. “We're probably gonna see more people enter the scene given how much free time the population, in general, has been given. This means a flood of lower quality products from people starting out, but also more high-quality stuff from the rare people who have enough skill and determination”, says Massimo Gauthier, a part-time indie developer from Canada.

There is a belief that the flood waters are already rising: “The indie games market has become even more saturated than the mainstream market. It will take innovation to stand out with an indie game.” A sentiment shared by FlowerSnek: “I think that, as more high-quality indie releases get produced, it'll be harder and harder for new creators to get a foot in the door and compete with the big players.”

THE SHAPE OF CHANGE

Even before the pandemic was even a thing, the quality and execution of indie games had already been improving significantly. For example, there are studios such as HopFrog, who’s 8-bit inspired adventure game, Forager, has not only sold in excess of 500,000 units but has also beaten over 300 games from 30+ countries to be voted GameMaker Best Game of 2020. You’ve also got DarkDes Labs whose latest creation Drawngeon is just wonderful, while some of the games in development from first-time developers such as Webbed and Overcrowd, display exceptional elegance and execution.

But while there’s much to admire about the current state of indie games, to understand which development trends are going to shape the future of indie games, we surveyed over 500 members of the GameMaker Community.

Most developers (41%) agreed that over the next twelve months, we’ll continue to see major advancements in the storyline depth of indie games. Within this timeline, many (56%) expect positive changes in how game mechanics are implemented, while more improvements in art quality (55%) and UI enhancements are also amongst the key expectations.

It’s clear that increased access to the console platforms will continue to shape the quality and distribution of indie games. Because of the scale offered by the console download stores, we can expect that indie developers will increasingly create games specifically for console platforms first and foremost.

We know that the quality, originality and execution of indie games are on an upward trajectory. One which we expect to continue for some time.

While the pandemic has been incredibly challenging for many of us. One silver lining may be the potential boom in high-quality new indie games which could be coming down the line as a result of all the extra free time we’ve had.

Throughout the pandemic we’ve continued to see downloads of GameMaker increase significantly, driven by would-be hobbyists who have finally found the time to take the plunge. Our team is dedicated to doing everything possible to ensure that first-time game creators find it easy as possible to make their first game.

Because of this, I’m excited to see what amazing creations our new covid-era developers come up with. Some of them we’re sure will go on to great things. A belief shared by Pat Van Mackelberg from Canada: “I think a year from now we'll hear a lot of success stories about indie game devs who got started during the quarantine.”

The future’s bright. And you can be part of it.