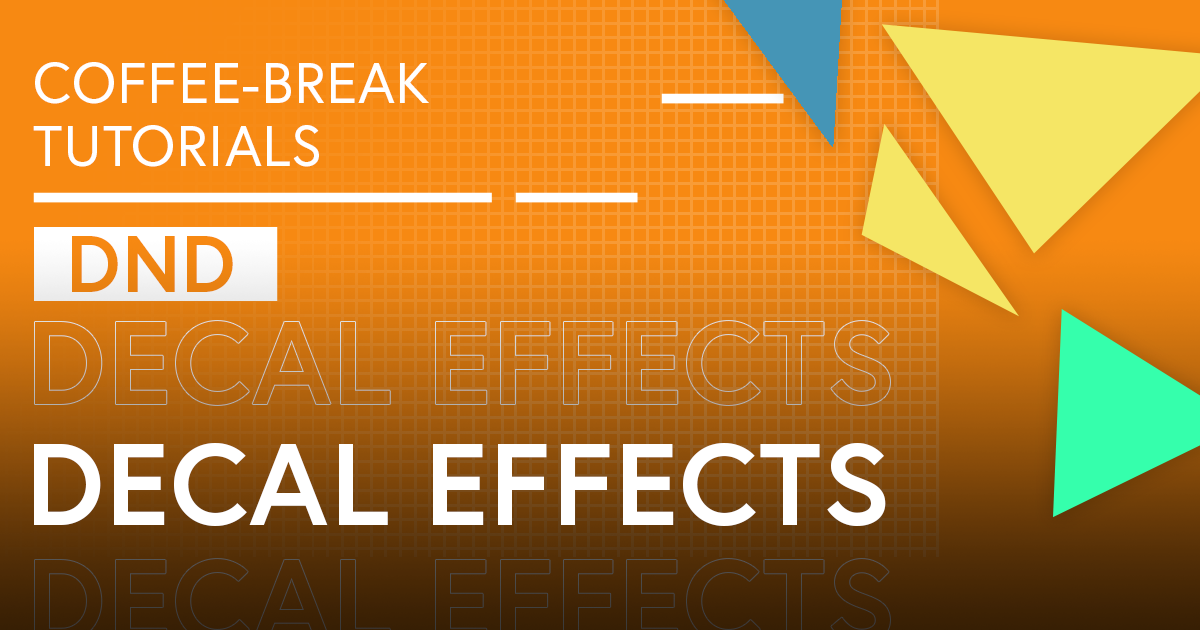 NOTE: This tutorial is for people that use DnD. If you prefer to use GML to make your games, we have a companion article for you here.

This tutorial project already contains everything we'll need to create our decal effect except the actual surface controller which we'll add in a moment. First however we need to modify a couple of objects in the game so they'll be ready for use when the controller is added.

To start with, open the object obj_fragment and in the Create Event change the actions to be like this: 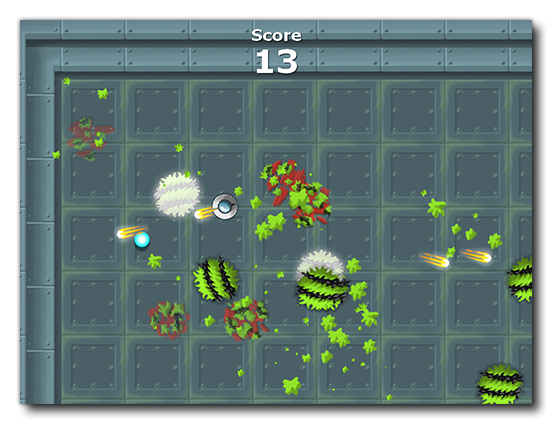 We need to create another object now to control the decal effects, so make a new object and call it obj_decal_control. This is where all the magic will happen! In this object we need to add a Create Event and then the following action:

This initialises the variable that we'll be using to create our decal surface, which we'll then create and modify in the Draw Event, so add that now too. In the Draw Event we'll want to have the following actions: