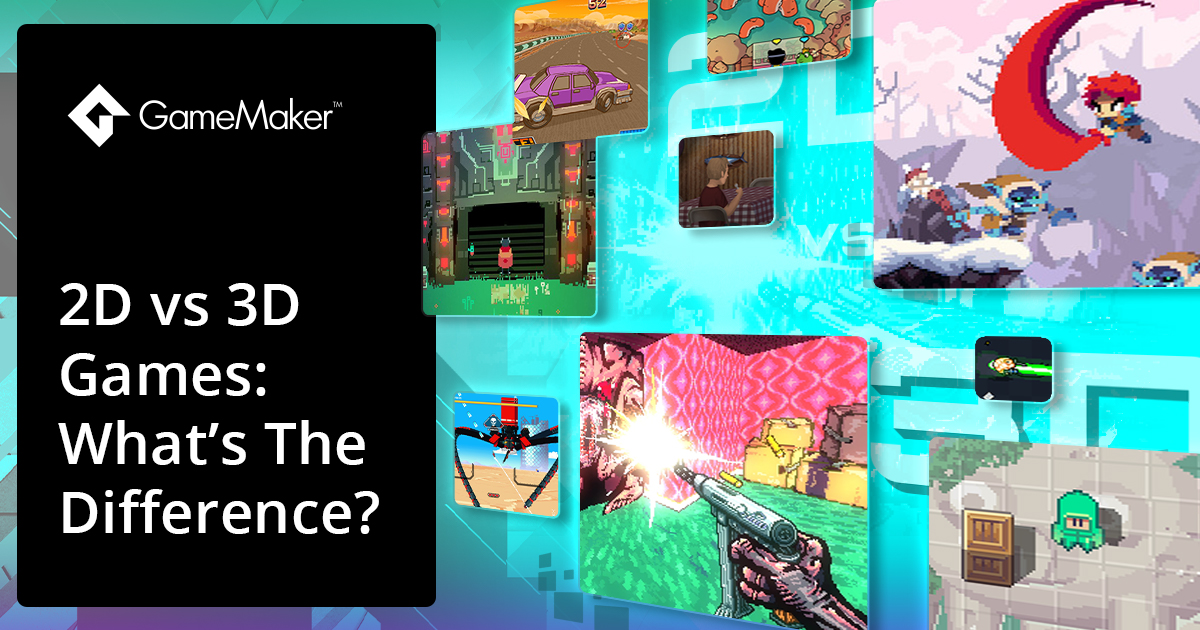 Sonic vs. Robotnik. PlayStation vs. Xbox. Aristotle vs. Mashy-spike-plate!

The games industry has provided hundreds of iconic rivalries over the years, and in the late 90s, one of the biggest was 2D vs. 3D games.

What are 2D games?

2D games are generally more accessible than 3D games: anyone could pick up and play a 2D Mario game, but most people would sooner eat a shoe than work out what to do in Breath of the Wild. 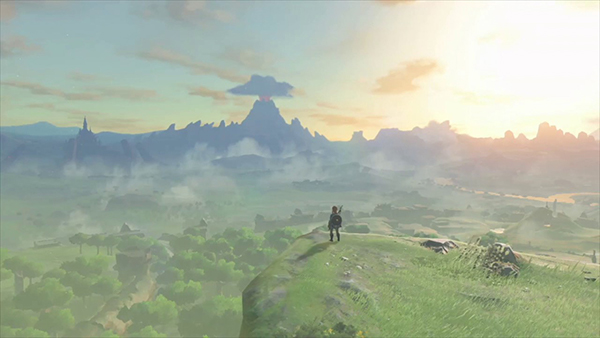 Legend of Zelda: Breath of the Wild, developed by Nintendo

What are 3D games?

3D games let you move in three-dimensional planes, allowing you to turn 360 degrees and head in any direction you like.

Whether you spent hours making your own fun in the corridors of Peach’s Castle, or whether you enjoy cruising the streets of Los Santos with friends, we've all experienced the true thrill of 3D games: the freedom to explore (at least until you run into an iconic trope of 3D gaming, the dreaded invisible wall).

For developers, 3D games are far more complex than 2D games. With an extra dimension at play, they need to consider camera systems, textures, models, lighting, and filling every inch of a fully-explorable world.

The history of 2D and 3D games

Grab a cuppa, folks, because the battle for supremacy between 2D and 3D games goes back a long old way.

For such an exciting medium, the origins of 2D gaming are fairly dull, starting in 1958 with American physicist William Higinbotham’s Tennis For Two - the first video game ever made.

The ball didn’t really start rolling until the 1970s when text-based games became popular with PC users, including the epically-titled Hunt the Wumpus.

The 1970s also saw the debut of home consoles like the Magnavox Odyssey and the Atari 2600. Unfortunately, their games required a lot of imagination to fully understand, as you can see from the below image of Pitfall!.

We’re still not sure whether he’s swinging towards a bar of gold, some butter, or a puddle of wee. Or what that evil octopus is up to down there. 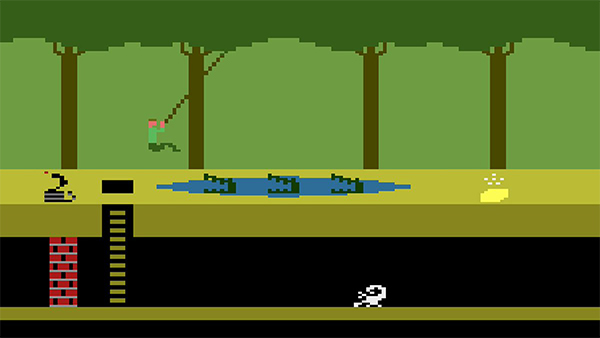 Pitfall!, developed by Activision for the Atari 2600

If you were looking for compelling 2D gaming experiences, you’d have better luck at your local arcade. In the late 70s and early 80s, arcade machines were pumping out classics like Pac-Man, Asteroids, and Dragon’s Lair.

2D games like these were generation-defining, and all we needed was a company with the creativity and financial clout to bring the increasing quality of arcade games to home consoles.

In 1985, Nintendo released the iconic Nintendo Entertainment System (NES), introducing the world to stone-cold classics like Super Mario Bros., The Legend of Zelda, Metroid, and Mickey Mousecapade. Who could forget Micky Mousecapade?!

The NES and its main rival, the Sega Master System, were able to run more graphically advanced 2D games than Atari and co. That leap in visual quality made games far easier to understand and far more accessible. 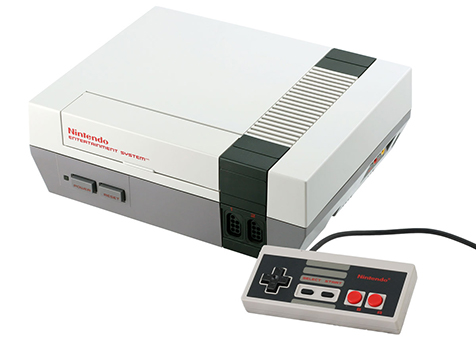 For the next decade, 2D gaming ruled the roost. Developers continued to push the envelope, branching into story-driven epics like Final Fantasy, and onto handheld consoles like the Game Boy and Sega’s chonky-but-charming Game Gear.

As the fourth generation of gaming kicked off with the Super Nintendo Entertainment System (SNES) and Sega Genesis, 2D games were the undisputed king.

But a revolution was brewing, and lead by a cocky young upstart with nothing to lose, many predicted it would spell the end of 2D gaming forever.

3D games: The death of all things flat?

In 1994, Sony debuted the PlayStation in Japan. Although both Nintendo and Sega had dabbled in pseudo-3D visuals in the fourth generation, most notably with Nintendo’s Star Fox, it wasn’t until the arrival of the PlayStation that 3D games truly went mainstream.

3D games had actually been a long time coming, though: games like Maze War and Spasim were toying with 3D as far back as 1974, which allowed you to - and you might want to be sitting down for this - turn and shoot in all four directions. 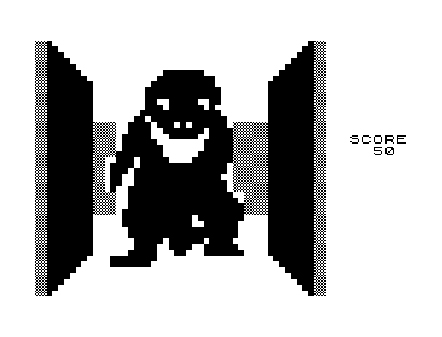 By the time the PlayStation rolled around in 1994, it was obvious which way the wind was blowing. 3D games were on the rise, led by titles like Doom and JumpingFlash!, before Nintendo debuted perhaps the most important 3D game of all time: Super Mario 64.

With the release of the N64 in 1996, Nintendo slowly started to bump 2D games onto handheld systems. Even Super Mario games became exclusively 3D home console experiences, replaced on the Game Boy by the Wario Land series.

3D graphics were becoming easier for home consoles to render, and as more and more franchises abandoned their 2D roots for a piece of the 3D pie, many experts at the time were predicting the death of 2D games.

While the Sega Saturn and PS1 continued to feature their fair share of 2D games, by the time the sixth generation of consoles arrived, the message from the games industry was clear: 2D was primitive and only fit for technologically inferior handheld consoles.

3D had claimed the throne, and it stayed that way long into the seventh generation.

In 2005, Microsoft announced the Xbox Live Arcade (XBLA) program, a digital service that allowed players to download classic arcade and console games to their Xbox 360s, as well as brand new indie games.

The service not only let players relive their childhoods with the likes of Ms. Pac-Man, but it also gave a platform to the indie dev community.

A lot of gamers at the time were starting to feel disenfranchised by mainstream video games, and the indie titles available on Xbox Live Arcade were cheap, accessible, and above all, different.

They were also predominantly 2D. 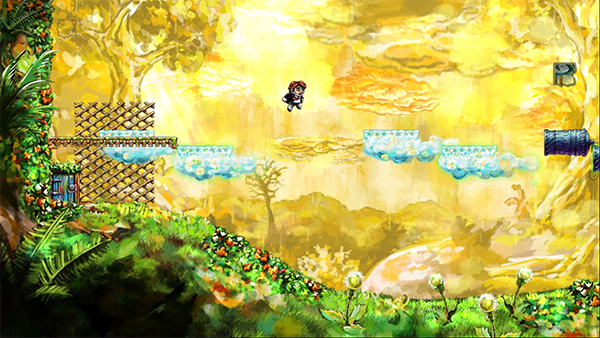 Braid, developed by Number None and Hothead Games

3D games are great and all, but they can be a real pain in the backside to develop. 2D games are simpler and easier by design, which makes them cheaper and easier to make for indie developers.

Indie classics like Braid, Super Meat Boy, LIMBO, and Fez were released on XBLA to critical and commercial success. This was the beginning of the indie boom.

The myth that 2D games were dead had been comprehensively dispelled. 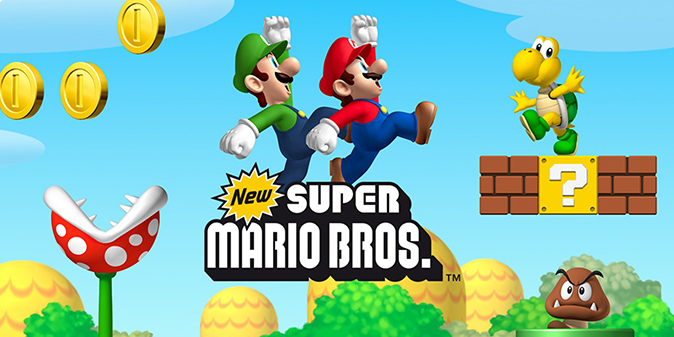 At the height of the 2D vs. 3D feud, developers were experimenting with ways of merging the best of both into one neat package.

What is pre-rendered 3D?

The late 90s saw the arrival of a brand new art style, known as pre-rendered 3D.

The idea of pre-rendered 3D was to create 3D assets and squash them into 2D images. Games like Donkey Kong Country and Oddworld: Abe’s Exoddus were famous pioneers of this art style. 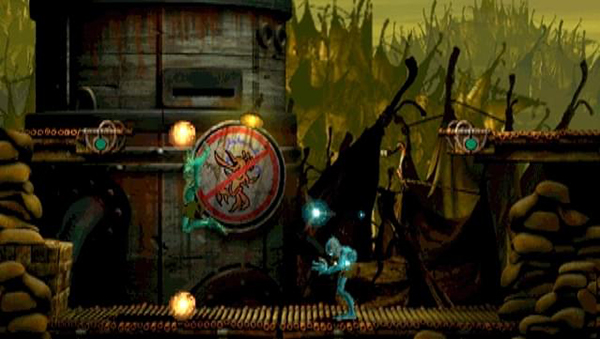 2.5D was another 90s attempt at blending the best of 2D and 3D games, but unlike pre-rendered 3D, this idea had a much longer half-life.

In a 2.5D game, you can only move up, down, left, and/or right like in 2D games, but your character moves around 3D environments, thanks either to some camera trickery or by crossing into the background or foreground.

2.5D was a popular design technique in the late 90s, featuring in games like Klonoa: Door to Phantomile, Kirby 64: The Crystal Shards, or the bizarrely titled Disney’s Action Game: Featuring Hercules.

Couldn’t have just called it Disney’s Hercules, could ya? 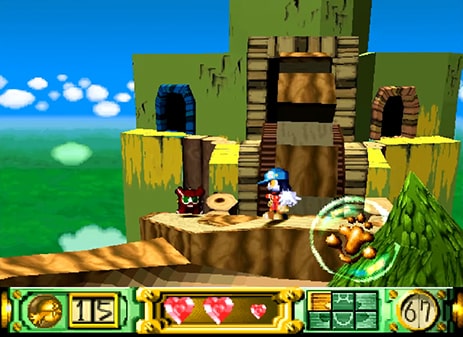 Where are we now?

The rivalry between 2D and 3D games has simmered since the indie boom, and today, you’ll find 2D indie releases like Undertale and Celeste on the same e-stores as titanic 3D franchises like Halo and God of War.

In fact, the Metroid series released its first 2D entry in 19 years in 2021 with the release of Metroid Dread, which became the best-selling 2D game in the series’ history.

What are the best 2D games ever made?

It’s impossible to list them all, but some of the most successful 2D games ever released include:

Given the simplicity and accessibility of 2D games, they lend themselves well the simpler and more accessible game genres, too, including:

What are the best 3D games ever made?

As with 2D games, this list could go on forever if you wanted it to, but some of the most successful 3D games include:

The most popular 3D game genres take advantage of their freedom of movement, including:

Despite the initially fractious relationship between 2D and 3D gaming, it’s fair to say that the feud is largely over these days.

You’ll still find a few playground arguments over which is truly superior if you go looking for them, but the truth is that they both have their merits for developers and players alike.

Ready to make your own game?

Did you know that indie classic Undertale was made with GameMaker? So were Hyper Light Drifter, Hotline Miami, and BAFTA award-winning Chicory: A Colorful Tale.

If you’re ready to make your own game, GameMaker is the perfect game engine to help you get started. 2D games are where our engine excels, but you can use it to make 3D games, too.

Best of all, GameMaker is absolutely free to download, and with hundreds of written and video tutorials created by GameMaker alumni, you can have your first game made in just half an hour.

You can also join our GameMaker Community Forum for support and advice whenever you need it.