How to Create Jump-Through Platforms 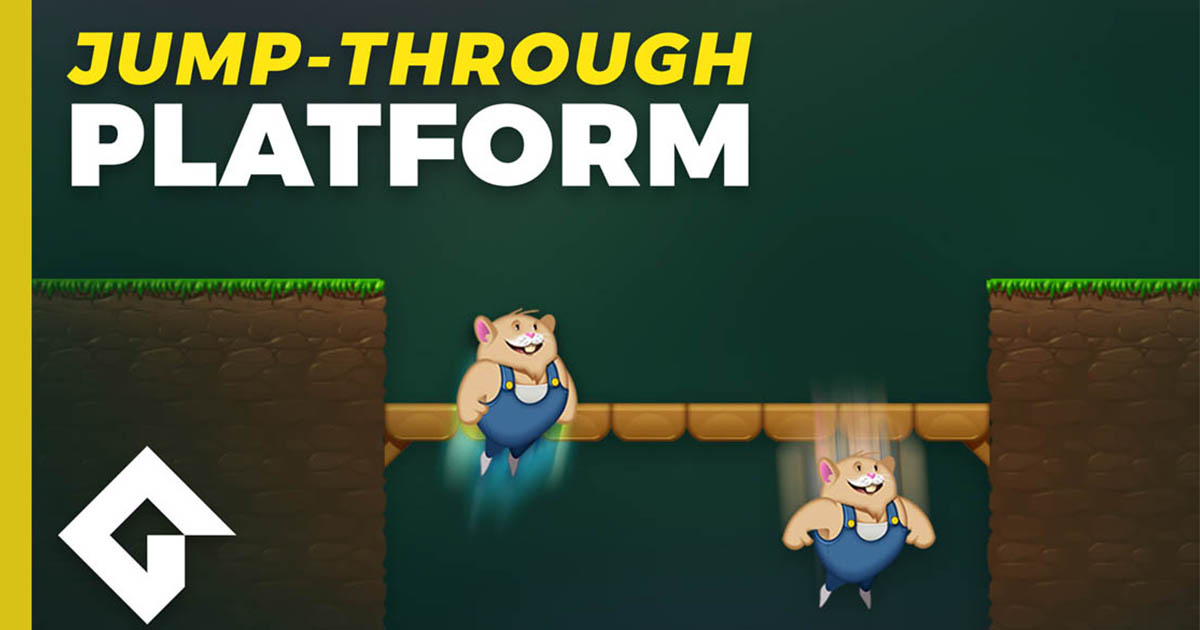 In this tutorial, you'll create a platform that the player can both jump through and fall through.

Our jump-through platform will be a new object, which we’ll place in the level.

Create a new object and name it obj_jump_through. 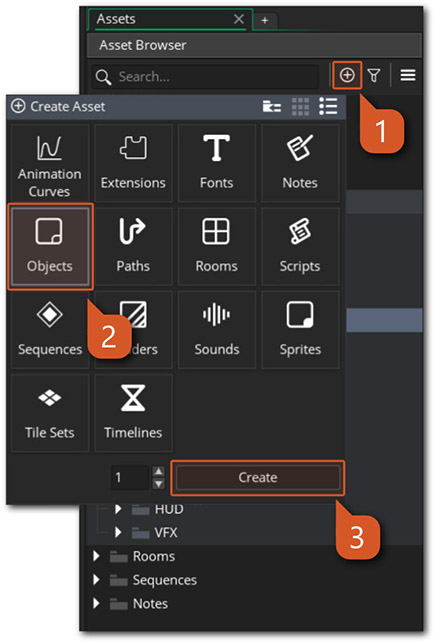 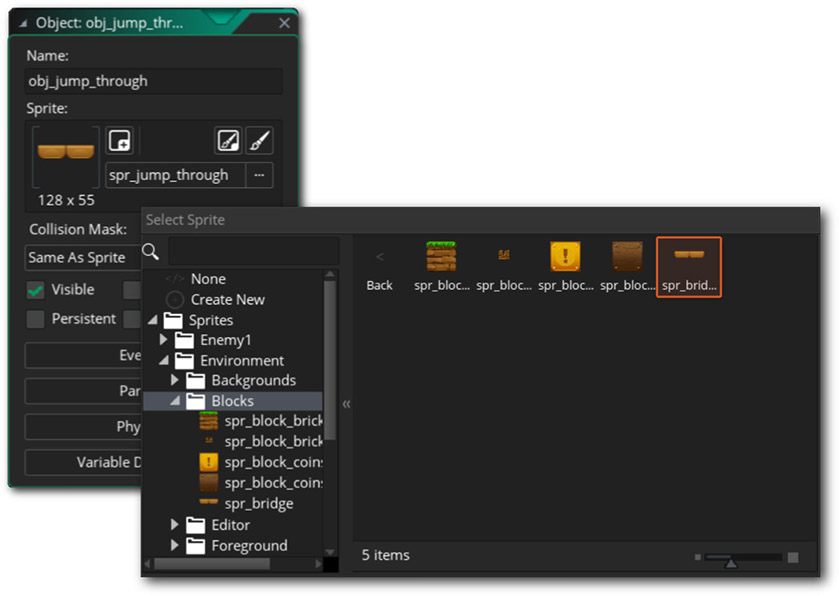 Let’s build a new section in our level that will make use of our jump-through platforms. 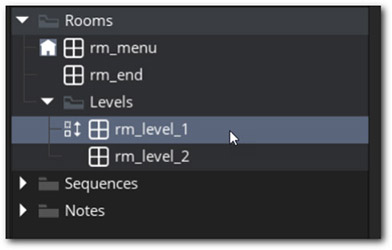 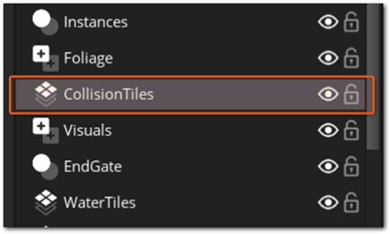 Select the ‘normal’ auto-tile library on the right-side menu: 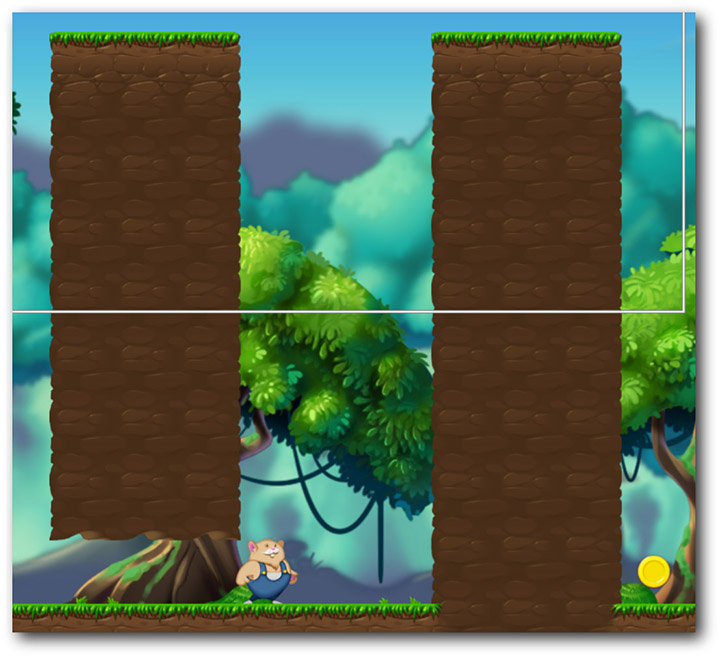 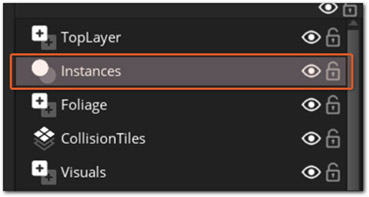 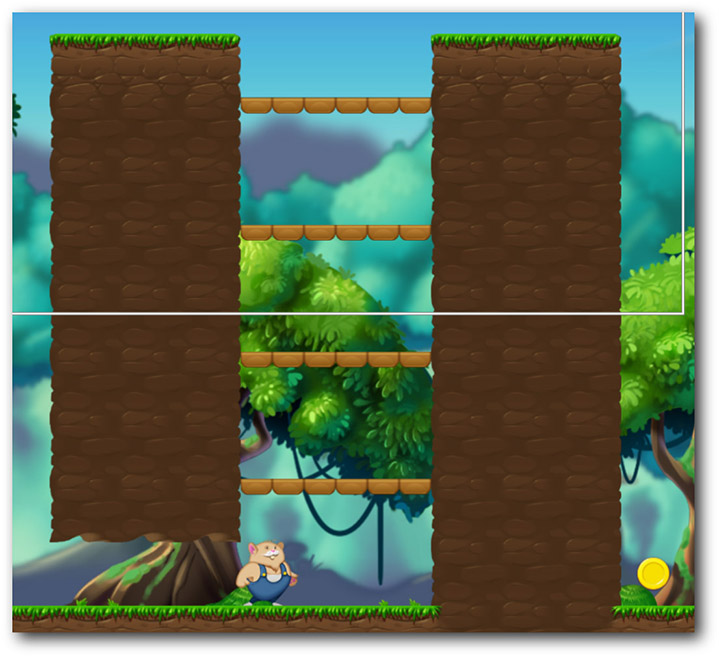 The project has a script called Collisions, which contains a “check_collision” function.

This function is used for all collision checks for characters, against all tiles and collision objects.

We’ll update this function to take the jump-through platform into account, and to only collide with it when the character is falling. 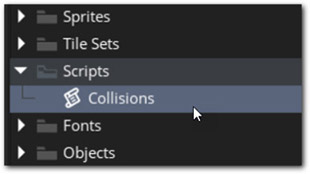 Before the first tilemap_get_at_pixel() call, or the first “Get Tile Index At Pixel” action, add this code: 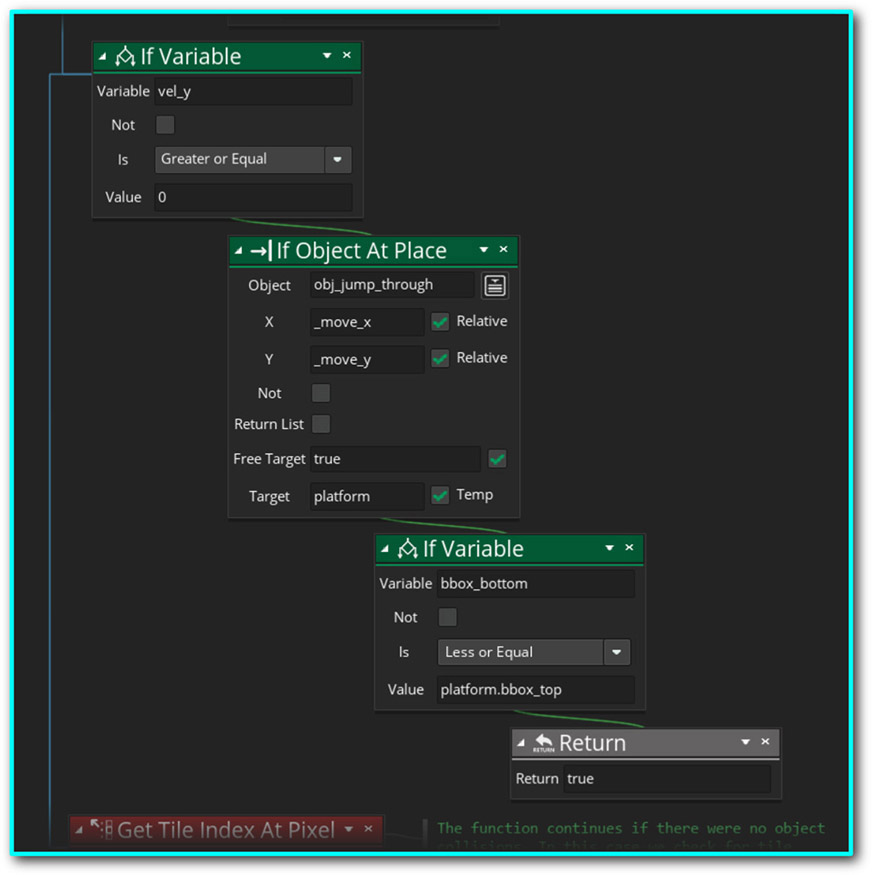 This code checks if the character’s velocity is greater than or equal to zero, which means it’s either standing still, or falling down.

It then looks for a collision with obj_jump_through, which is our jump-through platform.

It stores the ID of the platform it finds in the platform variable. The value stored will be noone if no platform was found.

If it found a platform, it will check if the player’s bottom edge is above the platform’s top edge.

This means the player is entirely above the platform, and not halfway through.

In that case, the function returns true, telling the character that a collision was found.

In all other cases, it doesn’t collide with jump-through platforms, so they’re not detected when the character is jumping.

The player can now jump through platforms!

Let’s add an additional feature: when you press S, or down arrow, the player should fall through the platform, making it a “two-way” platform.

This will happen when the player presses the down arrow. 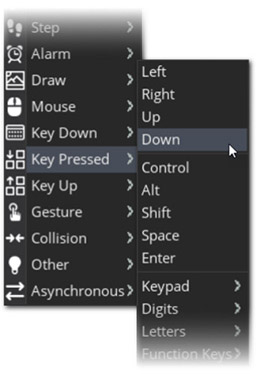 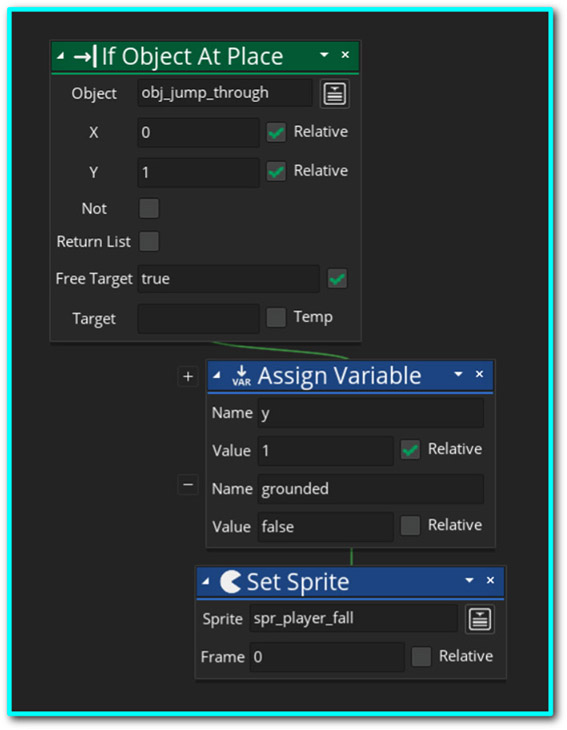 This code checks if there's a collision with a jump-through platform, just one pixel below the player.

If there is one, it moves the player down by one pixel.

This makes our condition in the check_collision() function false, as the player is not entirely above the platform anymore, making it fall through.

Then it sets grounded to false, as the player is not grounded anymore, and changes the sprite to the fall sprite for the appropriate animation.

We should also allow this to happen when S is pressed, for players using the WASD keys. 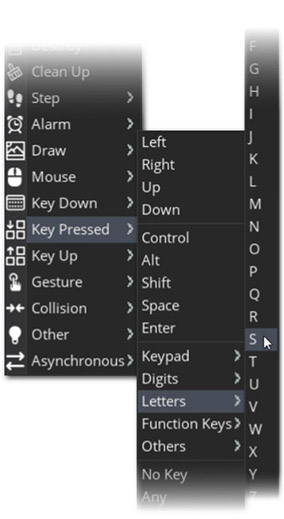 And add the following code: 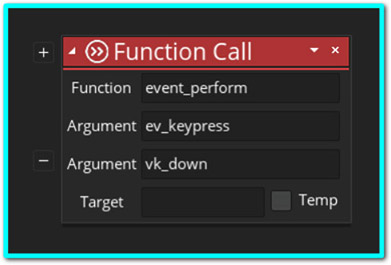 This code calls the Key Press - Down event.

Now, regardless of whether the player pushes Down or S, the same code will run!

This is actually how the player character works for moving left and right as well, if you take a look at those events.

The player can now both jump through and fall through these platforms, using either the down key or the S key: