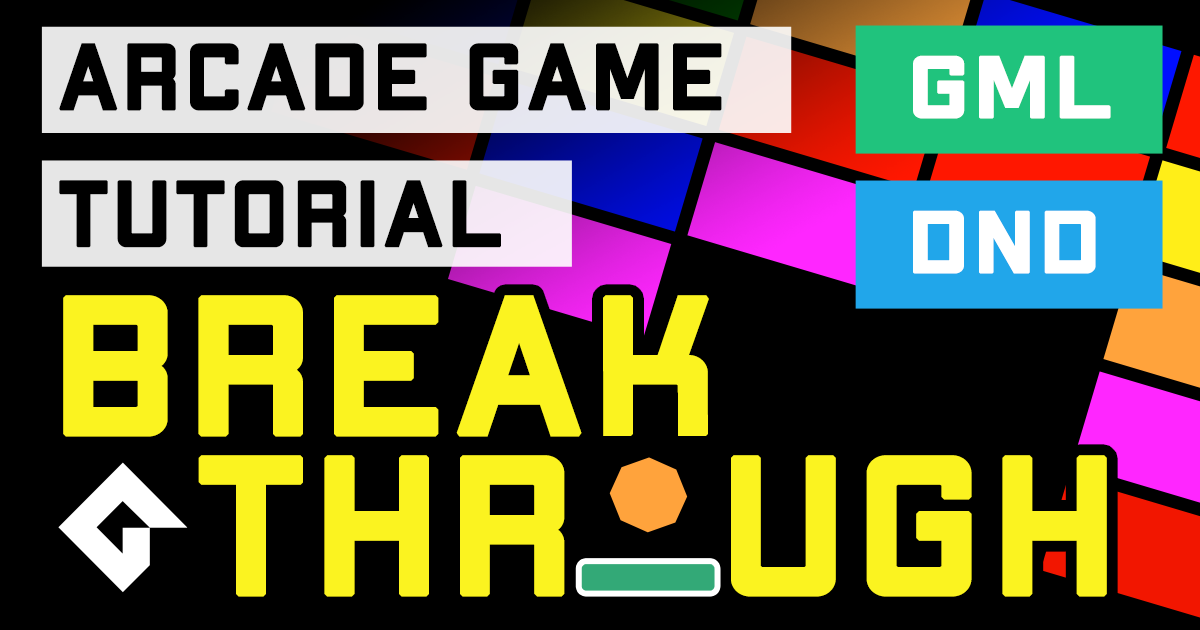 This short tutorial takes you through all the steps needed to get a working version of an arcade classic up and running using Drag and Drop or GameMaker Language. The tutorial itself should take approximately half an hour to an hour, and aims to show off how easy and quickly you can make this type of game while also introducing you to the different features of GameMaker Studio 2. By the end, you'll have a fully functioning and playable game, all ready for you to build on and make unique!

Check it out on YouTube or via the in IDE written tutorials.