How To Use Audio Effects in GameMaker 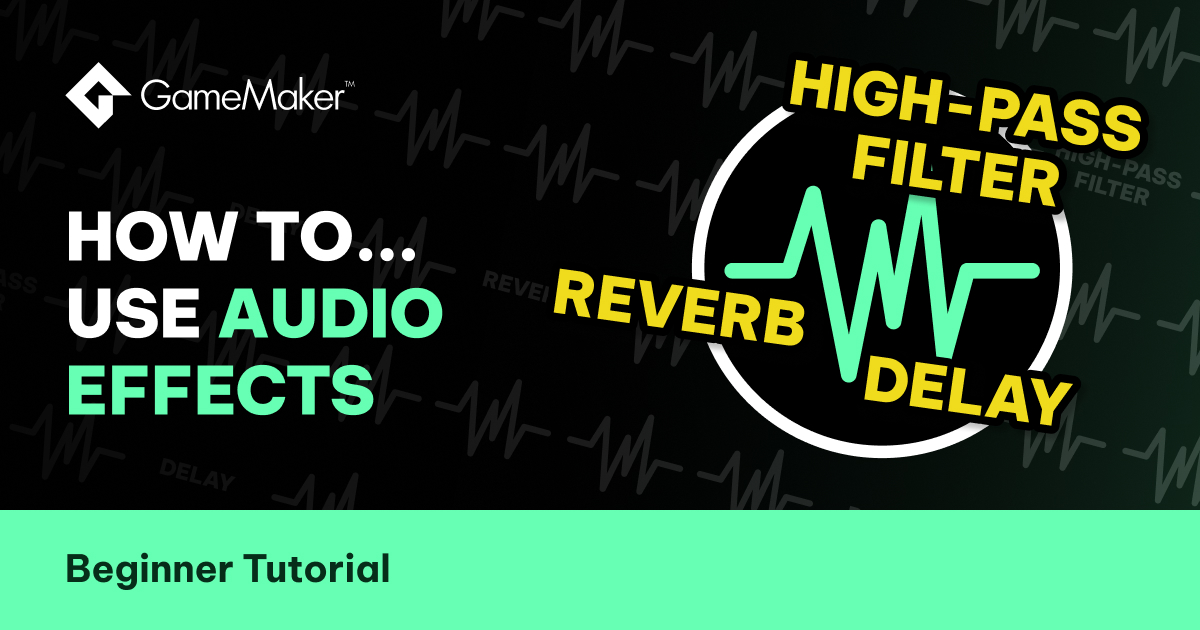 GameMaker has built-in audio effects such as reverb, delay and frequency filters that let you enhance the audio experience for your players.

In this tutorial we’re going to use the reverb, delay, low-pass filter and bitcrusher effects.

For a cave level, I want every sound in my game to have a reverb. We can do this easily by applying the reverb effect to the “main audio bus”.

All the audio in your game goes through an “audio bus”. We will later create our own buses, however there is already a default bus called the "main audio bus".

If you apply an effect to this bus, every sound in your game gets that effect, as they all go through this bus.

With this, everything in your game gets reverb!

I want to apply delay to an “attack” sound, to make it more impactful. For this I need to use a custom audio bus.

In addition to the bus I also need to use a custom emitter, which will play my attack sound. That emitter will be connected to my new bus.

The bus will have a delay effect, so my emitter audio goes through the bus, with the delay effect applied.

In code, this means we need to create an emitter and a bus, and connect them.

Then we apply a delay effect to the bus, and play our sound through the connected emitter:

Then play the sound whenever you need to:

This will give your attack sound an impactful delay effect:

Destroy the audio emitter with audio_emitter_free() when you no longer need it, for example, in the Clean Up event. You don’t need to free any audio buses as they’re automatically garbage collected.

“What are they talking about? Shh, it's a secret.”

For people talking on the other side of a wall, a low-pass filter helps sell the effect. You can do it just like the delay:

This is the result:

By now, you know how to use audio effects. Still, I wanted to show you the Bitcrusher effect, which is pretty cool.

It reduces the sample rate and resolution of a sound, making it stand out and feel less “ambient”. Applying heavy “bitcrushing” makes a sound more retro.

Here is a sound without a bitcrusher, with a light bitcrusher (factor of 10) and with a heavy one (factor of 50):

Another effect is “gain”, which is a simple volume-changing effect.

If you’re going to use emitters for your audio effects, remember you can also position your emitters freely in 3D space for positional audio.

Read all about audio effects in the manual.