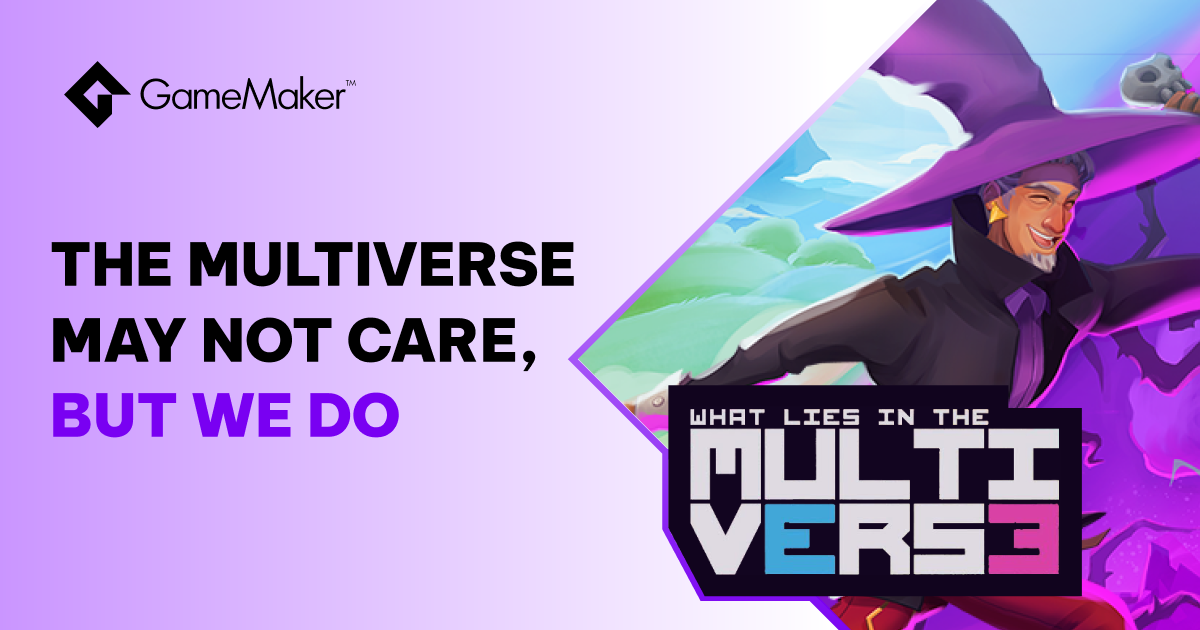 Vincente and Aaron are the duo behind platformer What Lies In The Multiverse, which follows the mutliversal-misadventures of a young boy and his mad scientist friend.

We asked Vincente and Aaron about their interest in physics, what inspired their project, and what their parallel selves might be up to.

Vicente: It actually started with this game! I had a lot of spare time while I was preparing for college, so out of curiosity I started to learn about GameMaker.

Five years of game development later, and What Lies in the Multiverse was born.

Aaron: I played a lot of narrative-driven Game Boy Advance games which evolved my love of writing.

I remember making a lot of prototypes in GameMaker - a horror game, a fighting game and, of course, an RPG. None of them came to fruition but I fell in love with the process.

After seeing what Vicente had in mind, I just wanted to help. 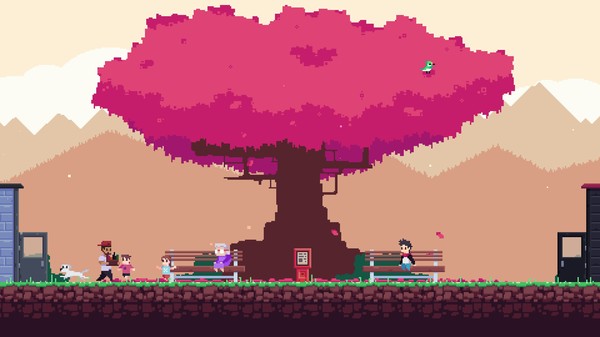 An idyllic and calm town...

Aaron: I‘ve only worked in What Lies in the Multiverse, but I’ve definitely learned a lot in that short span of time.

Vicente: Although What Lies in the Multiverse was my first game, I got the opportunity to work as a level designer on G.I. Joe: Operation Blackout with the folks at IguanaBee.

It was a small job that only lasted a couple of months. After that, I continued with What Lies in the Multiverse until release.

What was the inspiration for What Lies in the Multiverse?

Aaron: The original idea was Vicente’s but I referenced a lot from Mario & Luigi: Super Saga and Paper Mario. It really helped to see an example of the game we wanted to make.

We also joke a lot about how the game turns into a Shakespearean narrative, and even one of the critics thought the same. It was definitely unintended.

Vicente: Rick & Morty, comedic and dramatic games, lots of absurd cartoons from my childhood, and a couple of existential nightmares.

The idea came after playing Pocket Mortys, which was just a silly mobile game to make fans of the show happy (and it worked on me!), but I remember being disappointed by how they handled the concept of parallel universes.

In that game, you just crossed through portals that’d lead you to basically the same place but with different colour palettes. It made sense, since it was a small game and that wasn’t its core gameplay mechanic, but I still wanted to try making something more meaningful with the concept. 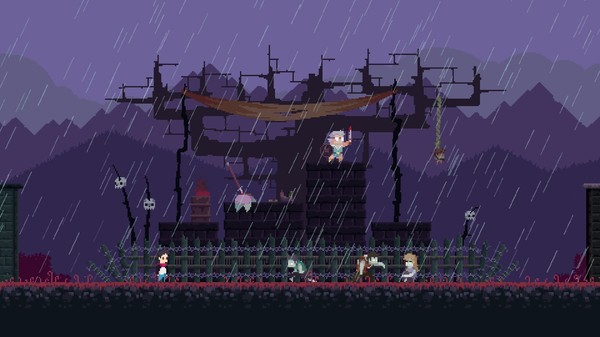 Where did your interest in parallel universes come from?

Vicente: Probably during school, in an elective physics class.

I was fascinated with the idea of time’s relativity, dark matter, and parallel worlds, to the point that I went to study astronomy after leaving school. Although that only lasted a year for different reasons, my love for the topic still remains.

Aaron: I love the idea of simple changes making things go completely wrong. I feel you can have a more positive understanding on how our world is.

What is the message your game is trying to convey?

Vicente: I wanted to explore not just the concept of different and sometimes weird worlds, but how the idea of multiple realities and the triviality of life can affect everyone in different ways.

Although I tried to make very clear how trivial everything seemed to be when visiting different worlds in some parts, I wanted to leave a hopeful view along the way.

I wanted to convey that no matter how insignificant we might feel, our lives matter as long as they matter to us, and nothing can take that from us.

Yeah, the multiverse may not care about us, but we do, and that’s more than enough.

Aaron: People change all the time. Finding an objective can blind us on how beautiful the journey is, even if you achieve it or not.

That's what the game - and the game’s development - conveys to me. 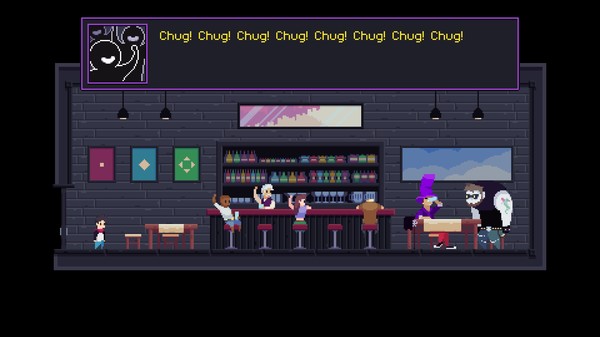 Everett, one of the game's protagonists, charming the locals.

Who is your favourite character from What Lies in the Multiverse?

Vicente: Although Everett or Leo may be the obvious answer, I have to go with Barres. He just makes me smile every time he shows up, and his outfit is really damn cool. I just want to be friends with him.

Aaron: I love Leo and Lise, but my favourite is definitely Nash. He’s a complex character that’s an important piece of the puzzle. I love to hate him.

What was the most challenging part of What Lies in the Multiverse’s development?

Vicente: For me, the hardest part was learning to work with a team and schedules after four years of solo-development.

Although our team was fantastic, and I can’t stress that enough, communicating with everyone and connecting the overall idea with different areas was incredibly confusing at the beginning.

Not only that, but I had milestones and schedules, and oh boy that was stressful.

My biggest breakdowns probably came from not being able to organise my workflow correctly and ending up finishing cutscenes at 5am, or going multiple days without designing a single puzzle while making a new chapter.

Fortunately, everyone was there to help, and I learned a lot!

Aaron: For me it was adjusting Vicente’s schedule. He didn’t deserve my amazing milestones and schedules. Why did he have to stay up until 5am so you can pet a dog in-game? What an amazing decision!

Fortunately I was there to help, and praise him a lot! *laughs* 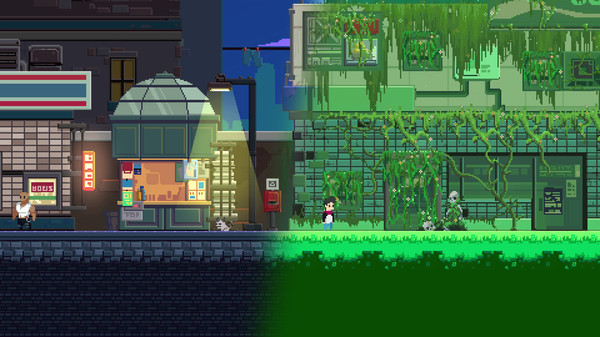 How every single area looks depends on which version of it you visit.

What do you find most difficult about being an indie game developer?

Vicente: Impostor syndrome, probably. I don’t think I can count how many times I had some sort of breakdown because of it.

Although I love to see other developers succeed with their projects, and as much as that can be really motivating, it also makes me question how well I’m doing and if I’m really made for this job.

It’s just anxiety speaking, of course, but it can get really hard to work sometimes when you don’t even feel your creations are worth the effort.

Aaron: I definitely agree with Vicente, it’s very difficult to understand that you’re part of this process and you deserve the praise for it.

Creating is difficult and can be a very heavy weight on your mental health. Burnout is always lurking. It’s important to take rests so we can keep working on full throttle.

Vicente: Probably to no-one’s surprise, I got into it after learning that it was the engine Toby Fox used for making Undertale.

I remembered using old versions of GameMaker when I was younger, but only really basic stuff with the drag and drop features. It ended up being a great choice, since I basically learned how to code using GameMaker. It was a very friendly environment for that.

Aaron: Our programmer Oscar Gacitua is a GameMaker magician. I love the entry level that GameMaker has and the depths that it can reach.

Even if something wasn’t my code, I could easily acclimate to it and help out. 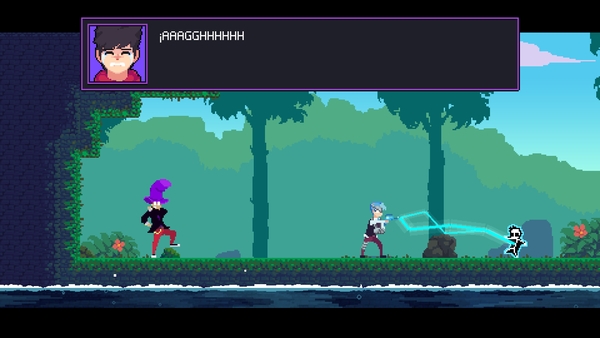 Aaron: The porting documentation was very difficult to follow, especially for PS5. I can understand since it's a new console, but it definitely took most of the extra work hours trying to guess what the different functions did.

We even needed to redo the whole save system so it worked with the console. However, we were grateful for the great ticket support which taught us through project examples.

Vicente: If I have to go with one thing, it’d be room inheritance.

I was SO excited for that feature - it was perfect for the type of project I was making. In the end it ended up being really buggy, and it only caused more problems than solutions, so we had to stop using it midway through development.

Aaron: Finishing university is definitely a must. I really want to get back to writing and streaming games on Twitch. But I love creating games so that won’t stop any time soon.

Even if we’re on hiatus, we still love to talk about random ideas for games that will come to life eventually. There are many stories we want to tell as Studio Voyager.

Vicente: Same as Aaron, basically. I have to finish university before continuing game development, but I’m still working on stuff when I get the time.

I definitely want to keep doing creative stuff - writing, drawing, playing music, etcetera - and improve a little in what I can do. Little steps! 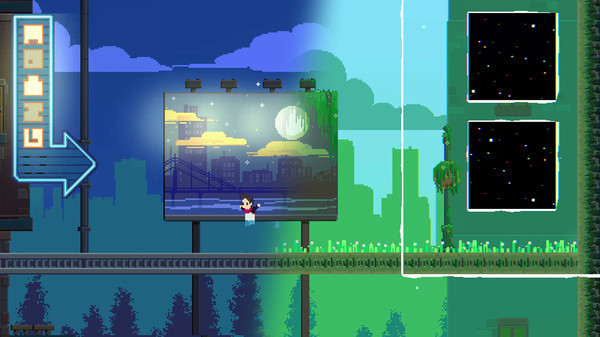 Day or night have no meaning in the Multiverse!
What do you think “you” from another universe is doing now?

Vicente: Finishing college, eating healthily, and going outside - probably. What an asshole.

Aaron: Sleeping, having a decent rest, drinking with friends. What an asshole. Or maybe becoming an eldritch being. I envy you, other Aaron!