H.P. Lovecraft is rolling in his grave - Sucker for Love: First Date 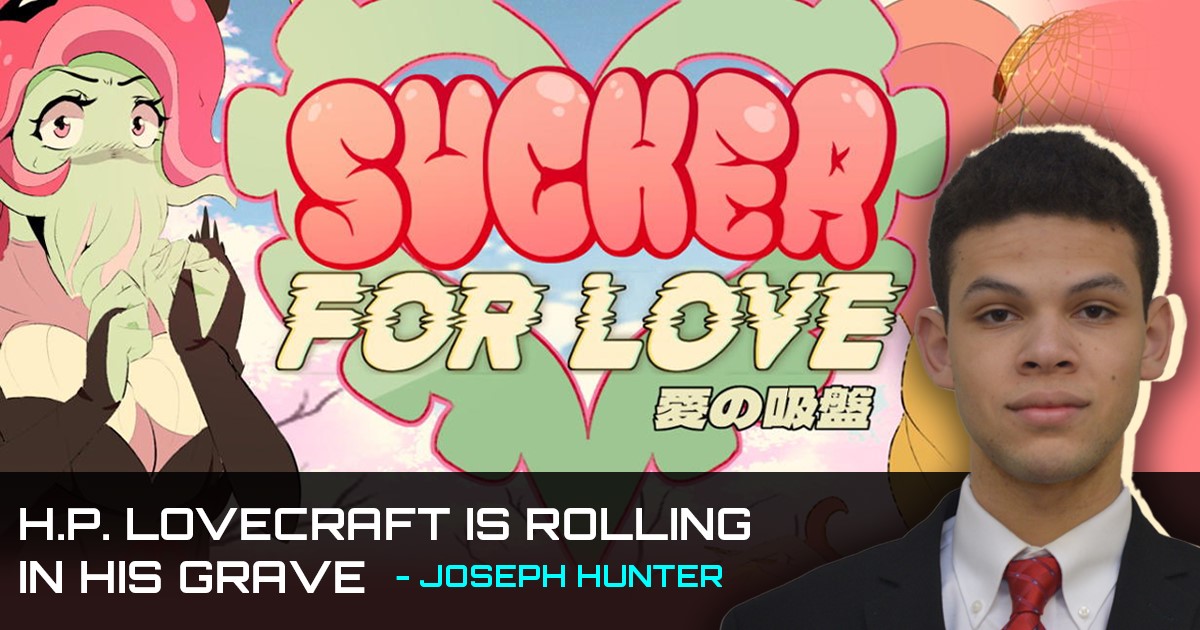 Joseph Hunter, better known online as AkaBaka, is the lead developer for the romantically horrific Sucker For Love: First Date and the upcoming game CHROMATOSE. We summoned him to ask why he chose GameMaker to make visual novel games, his opinion of H.P Lovecraft’s work, and which eldritch god he’d like to take on a date!

How did you get the idea for a Lovecraftian dating sim?

My publisher, Dread XP,  invited me to participate in this game jam-like collection, the Dread X 2 Collection. The theme was ‘love crafting’ - something that has love mechanics, crafting mechanics, and Lovecraftian horror. We had to try and mash those three themes together as well as possible. I’m mainly an RPG-with-an-anime-art-style kind of guy, so I didn’t really have the chops to make a crafting mechanic in ten days.

I thought to myself “Okay, well, what’s a game genre that has items that you create and then use?”, because that’s kind of like crafting, right? Then I realised, dating sims are close to what I already made with RPGs and visual novels. After I’ve pieced those two together, the only part I needed to incorporate was Lovecraftian horror, so the game ended up being a Lovecraftian horror dating sim. It got approval from Ted and Dread X, and the rest is history.

Do you think H.P. Lovecraft would appreciate your take on his genre?

I think he’s rolling in his grave fast enough to power a small country right now. I personally feel like there were a few things that held him back, like the fact that a lot of his horrors are just thinly veiled xenophobia at its base. It’s kind of counter-productive to try to describe an incomprehensible horror that’s just a stand-in for the guy across the street, you know? I’m sure we can do something a little more terrifying than “another human being who looks different from us”. That’s why it’s kind of fun to put my own spin on it.

Is there something you appreciate about the Lovecraftian mythos?

It’s nice that the Lovecraftian mythos is so collaborative. There are so many different writers that have been contributing to Lovecraftian lore with so many interpretations that I can pull from. Although I’m doing something silly with the lore, I still feel like my work pays homage to the mythos and contributes to it in a positive way. There’s also the element of me being a black developer and working with his mythos, which I’m sure he wouldn’t be absolutely pleased with either. 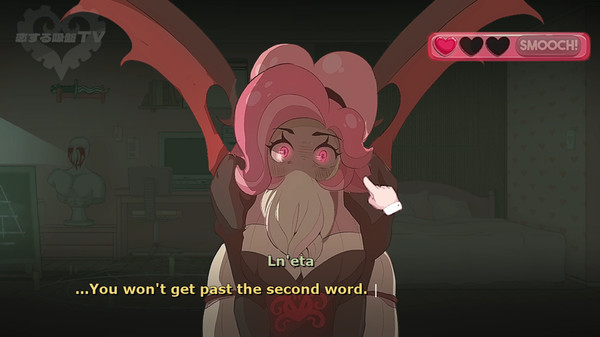 What themes were you exploring in Sucker for Love?

I wanted to explore the theme of “Humanity, F yeah!”, which celebrates humans for all of the adventurousness and all the hardiness that we’ve really expressed over the centuries.  Fear was the most important theme of the game, since it’s where I find myself at odds with the classic existential horror approach to it. My aim was to drive home that there’s a lot that humans can do to overcome the unknown.

Is Sucker for Love a romance, comedy, or a horror first?

It’s probably a comedy, because the game ends with comedy every time. Most of the endings are supposed to leave you laughing as opposed to scared. The romance was mainly to guide you through the scary elements. Since you’re supposed to be going through it and having a good time, the horror aspect is toned down a little. I want you to be laughing more than screaming or falling in love. 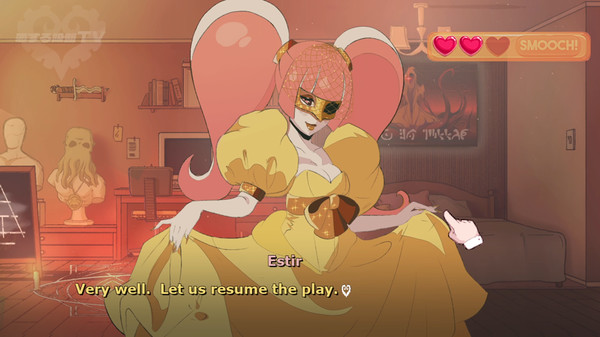 The elegant (and demanding) Estir, the King in Yellow, from Sucker for Love: First Date

Who are the three romanceable heroines of Sucker for Love?

The original cast of characters was supposed to consist of Ln’eta, the Cthulhu girl, Roxanne, who is the Black Goat of the Woods, and an unnamed Azathoth girl. At first all three were stars of the three planned games, but in the end only Ln’eta was included. I was worried the full game would be too similar to the version included in the Dread X 2 Collection with just Ln’eta, so I wanted to see who else I could include so as not to make the new game feel like a recap.

Which characters did you decide to include?

When I looked into the lore, I found Cthulhu’s half-brother Hastur, the King in Yellow, and thought the whole rivalry thing was great, so Hastur became Estir and I added her to the game. Auntie Nyan-Nyan or Nyanlathotep, was actually an April Fool’s character, because her name is a pun on Nyarlathotep and nya, like the onomatopoeia Japanese of a cat noise. I announced that Nyanlythotep is now the main character of every Sucker for Love game as a joke, but everyone started to beg me to include her in the game!

Was Sucker for Love’s art style inspired by the classic 90’s anime?

In terms of characters, comedy, and aesthetic, Sucker for Love was inspired by Urusei Yatsura and Golden Boy. The game’s protagonist, D, is a whole lot like Kintaro from Golden Boy.

When it came to the horror elements I pulled a lot from Junji Ito, especially for Chapter 3 when I was designing the monsters. I got a hold of Junji Ito’s art book and took a lot of inspiration from the way that he draws tentacles and scary people. Junji Ito is very heavily inspired by Lovecraft, so he might actually get a kick out of Sucker for Love. 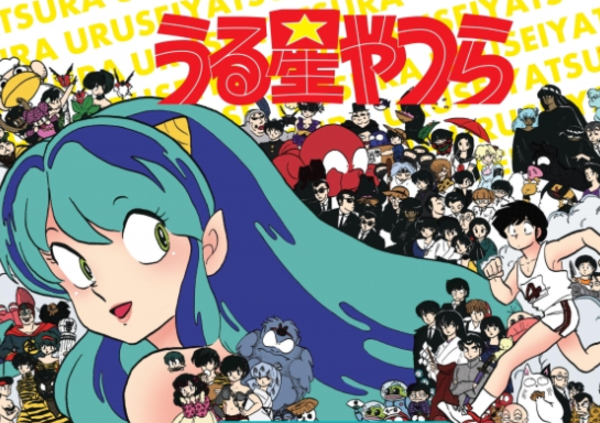 Was the game’s protagonist, D, based on some common anime tropes?

I deliberately based D off of somebody that hopefully nobody would relate to. I’ve got a pet peeve with anime and visual novels where the main character is like a pair of pants: you’re supposed to slip into them and they just become a blank slate for the player to do whatever they want with. They don’t have a lot of personality so that anyone can be them, and I really can’t stand that. If I’m playing a fantasy game, why would I ever choose to just be who I am in the real world? Why not be somebody cooler, hotter, funnier, more daring?

I like making player characters that are very different from the person playing the game so they have a chance to experience what it’s like to be someone like D for a change. D is supposed to be someone that you have a lot of fun piloting, and the whole draw is that you can’t really relate to him.

What’s your opinion of visual novels as a genre?

Although Sucker for Love was a parody of near every genre it touched, at the end of the day, I love visual novels. They’re a great medium because of their accessibility. Pretty much any individual solo developer can make a visual novel and have it take off. You see visual novels with gameplay really just stepping into the zeitgeist and taking off with things like Doki Doki Literature Club, or VA-11 Hall-A.

Is there something you'd like to change about visual novels?

My only gripe with the genre is it almost feels like there’s this expectation that when you’re making a visual novel, you can’t take it seriously. It has to be a joke or ironic and if you try to make an honest effort with it, it’s going to get laughed at, so you have to always dial it up to 11 and be a parody. That way, you’re immune to any criticism levied against your game, because you can just say, “Well, it was just a joke game”. While visual novels can be silly, they’re not necessarily supposed to be jokes or spoofs, and there’s a whole lot of heart behind a lot of these. If people continue putting honest efforts into visual novels, especially English ones, the audience will eventually come around. 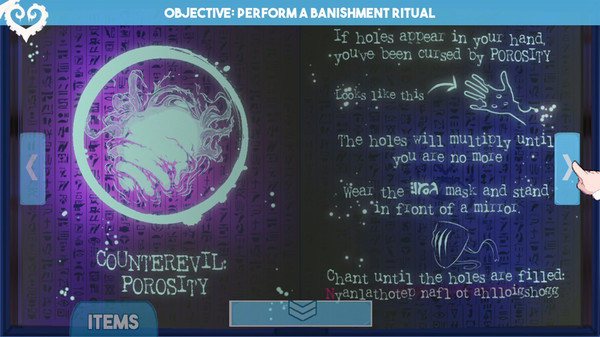 Why did you choose GameMaker as the engine to make your visual novel in?

My decision was influenced by the design of the games I was making. I was also making a more “traditional” game, and was worried that if I locked myself into a rigid system that was made purely for visual novels, I’d be fighting uphill any time I wanted to do something out of the box. The book sections in Sucker For Love for instance, where you have to time the speed with which you read the spells. I can’t even imagine how hard it would be to program the book from Sucker for Love into visual novel systems.

Was that the only reason?

GameMaker lets you make any games you want quickly, which meant I could make a visual novel and whatever else I wanted without ever stepping outside of the engine’s wheel house. That was a big design feature that drew me to GameMaker. It also has a very quick turnaround with prototyping and polishing. It’s possible for one person to make a full hour-long game in 10 days, which is what I did for the original Dread X Collection. It's fast, it's effective, and it had a lot of capabilities to support whatever kind of game I wanted to make.

The only part where I kind of butted heads with GameMaker was localisation. For the most part, I had a really easy time dealing with implementing all the features of a visual novel into GameMaker, but I had a problem with supporting the characters for Korean, Chinese, Japanese.

If you could invite one eldritch god for a romantic candlelit dinner, who would it be?

Auntie Nyan-Nyan, just so I can see a two-storey horror try to sit at a dinner table.

Does that mean that Auntie Nyan-Nyan is the best girl?

I have mulled this question over plenty of times, because I knew I was going to get asked this question, and I really hate to say it, but all three heroines are 100% my type. I barely disguised my tastes while designing them, but I would honestly just roll a die and be absolutely satisfied with any outcome because I love all three of them. 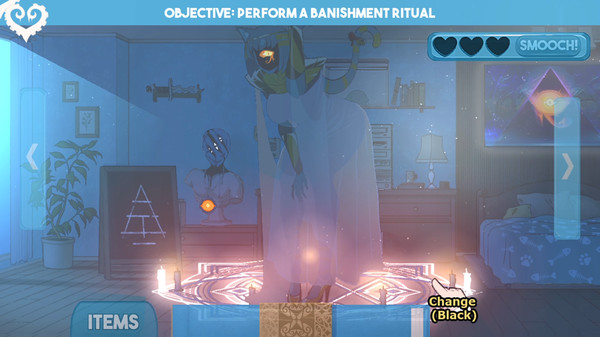