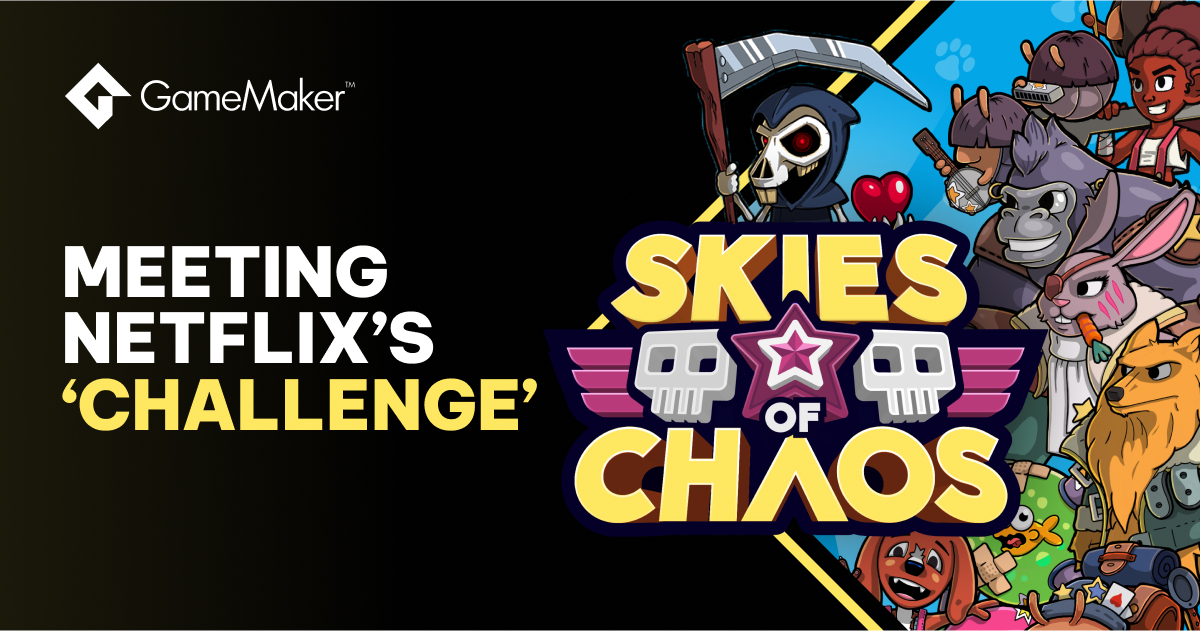 James Eaton and his partner-in-crime, Daniel, are the co-founders of Broxcorp Games. They’re first ever video game, Skies of Chaos, released exclusively on Netflix’s gaming platform in 2022.

During our interview, we asked James about his favourite aspects of Skies of Chaos, the inspirations behind the game, and what it was like to work with an international juggernaut like Netflix.

With Benjamin Anderson's legendary Udemy tutorial, 'How to make a game in an afternoon'!

I'd always been keen to learn to code, but could never really get excited about making websites or apps. Something about making a game instantly stuck and kept my attention.

After cracking that tutorial, Daniel and I set about seeing how far we could push ourselves. After a rollercoaster ride through about every high and low you can have in indie games, we ended up here, with Skies of Chaos out on Netflix Games!

Have you worked on any other games before Skies of Chaos?

None! Before Skies of Chaos, we worked on other digital products, but this is our first game.

They say to get yourself up to speed in the industry, you should take part in game jams and release smaller titles, but we ignored all that good advice and just went for it with this one!

Fortunately, we were able to assemble a team of legends to cover over any shortcomings: Juju Adams needs no introduction, Sam Webster is the musical maestro behind Grindstone and Reigns Beyond, and we had a lot of help from Des Gayle early on to get us up and running.

A lack of credit was never an issue for Daniel and I. We've worked together for a long time and understand what it takes to bring a creative piece to market. Now we're real game developers, so the next one should be plain sailing! 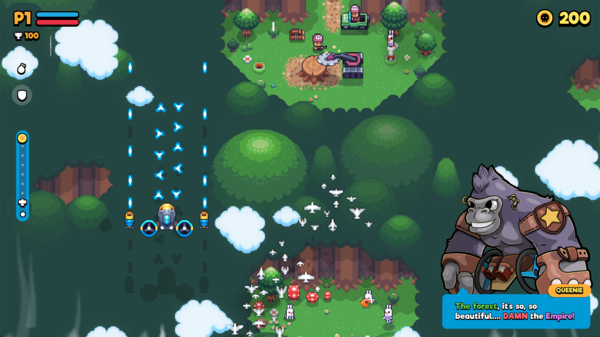 The Ancient Forest, one of the locations available in Skies of Chaos

What was the inspiration for Skies of Chaos?

Our dogs, Campbell and Tulip. They needed a world they could run about in forever, so New Cornwall and the Skies of Chaos universe was born.

That, and a ton of references from childhood and our combined life experiences. There's a lot of ‘us’ in that world.

What is your favorite thing about Skies of Chaos?

There's so much. I'm really proud of the game.

The production value sets a really high bar, and there aren't many indie mobile titles that pop from the screen as Skies of Chaos does. I love the pacing which throws so much variety at the player early. The narrative is cool - it alludes to a bigger universe and more stories to be told.

The soundtrack is stunning. Sam Webster made a song for every single level - over 50 pieces of music! Technically, we were able to push GameMaker to the limits of its mobile module and give the game potential to reach a lot of devices. It's localised in 33 languages, which is a huge feat.

Olof's animated cutscenes are complete overkill, but are absolutely brilliant for it, and add so much to the feel of the title.

I could go on all day, but my favourite thing is that Skies of Chaos exists, and we were able to bring it all together for people to play, despite many challenges along the way.

How was working with Netflix?

Fairly chilled, in all honesty.

They really gave us space to do our own thing and understood the pressures of a small team taking on a big challenge, and were really respectful of that.

Obviously Netflix is a huge household name with a certain level of expectation, but everyone there was really down-to-earth and lovely. 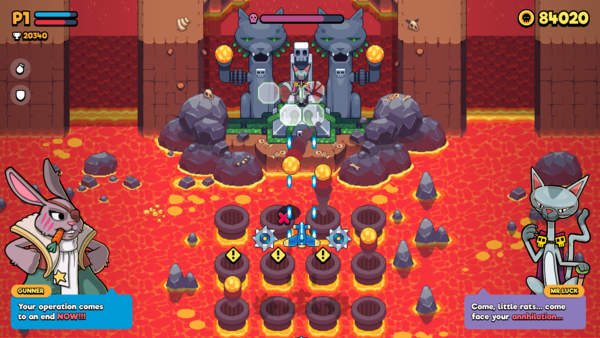 Did I choose GameMaker, or did it choose me?

It all goes back to that original tutorial and the engine being so accessible to a complete beginner. Getting ideas up and running quickly makes the creative process tick along at pace, and helps you decide whether a direction is the right one or not.

That and I didn't really want to learn C# at the time.

Have you used any other game engines before?

I've dabbled in Unity, and I’m increasingly curious about Godot.

There's room for everyone, and what's good in Unity isn't necessarily going to serve the needs of a project that's suited to GameMaker.

I'll likely use GameMaker long into the future.

Yes, tons! Later in development, we found that some of the fundamental UX flaws and the tricky room editor made iteration and scaling up the amount of content very time-consuming.

It's easy to get going in GM, but finishing a title isn't made as easy as it should be. For example, basics that exist in all other design software like grouping objects together on a canvas are missing in a really unhelpful way, and why you still can't quickly resize a room in any direction without nuking the tilemaps is beyond me.

The recent product roadmap concerns me a bit too, as there are features which require fixing before stuff like generating sprites from 3D models is needed - if it is indeed 'needed'.

If Gamemaker truly nailed its core experience, you'd see a lot of the community gripes disappear and more games being made in the engine.

It should be the gold standard for making 2D games, regardless of your studio's size or ambition - the potential is there. 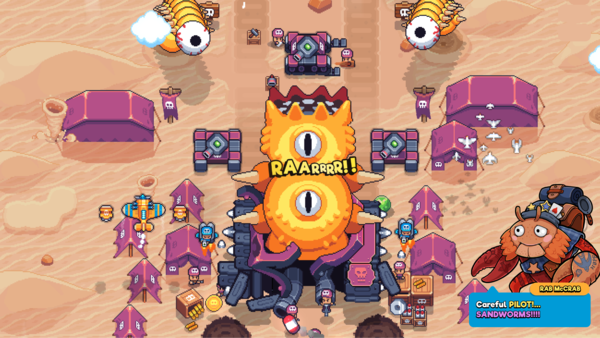 Watch out for the deadly Sandworm attacks while flying!

There's always too many ideas, not enough time, and even less budget, although that could be said of many creative endeavours, so we're not unique there.

The future always looks a bit strange as an indie dev. The scarcity of resources means that the current project takes priority over building out new ones to help secure tomorrow. You're always in survival mode, and that can seep into other areas of your life.

In general, it's a great space to work in full of interesting characters and great ideas. I can think of worse things to do for a living.

I grew up in an incredible era of games that will stick in my memory forever, and I want to put out games that do the same for today's players at scale.

In the short-term, we're working on content updates for Skies of Chaos which will land in the first half of next year, and planning console and PC versions down the line.

Skies of Chaos has given the studio a great start, so we're going to be making more games and building out our style to capitalise on the incredible experience this project has provided.

We're going to go away in early 2023 and work up the next prototypes, so watch the social channels to see what's next!