Rising Lords: Games Are Never Developed Out Of Thin Air 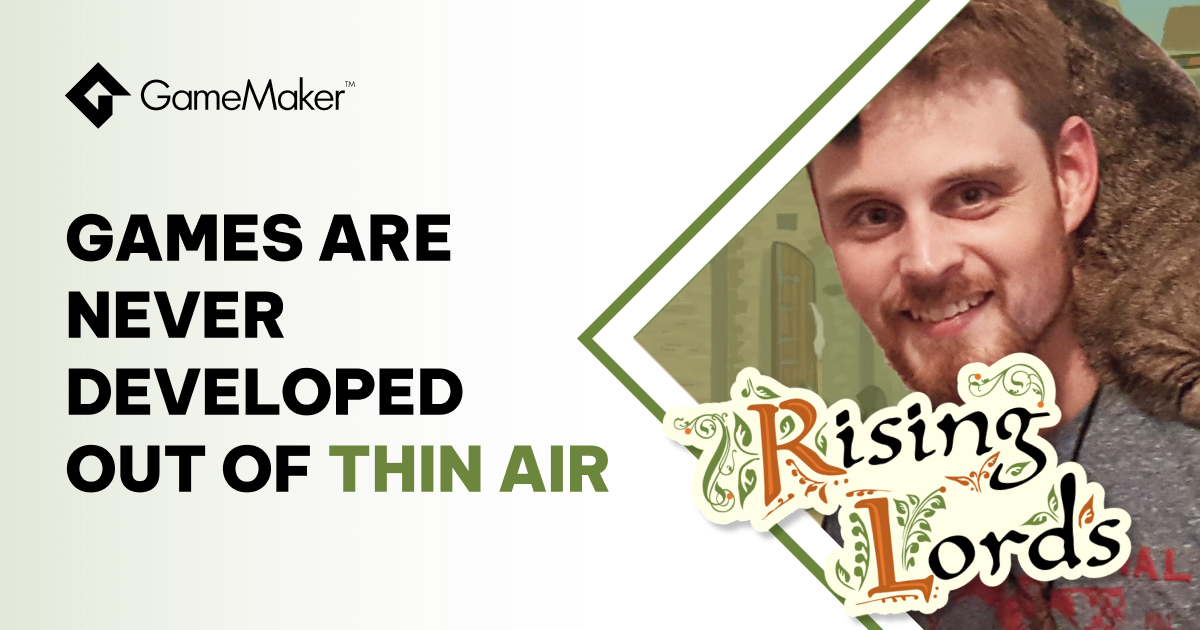 Before founding his game studio, Argonwood, Christian Fernholz studied Electrical Engineering and Information Technology and worked in the military aviation sector for 13 years.

In 2016, Christian and his brother, Manu, started working on Rising Lords, which was displayed at Gamescom in 2022.

During our interview, we asked about his interest in medieval history, releasing Rising Lords in Early Access, and what historical figure he’d like to see in his game!

My brother is an artist and I’m a programmer, and we’ve been designing games our whole lives. It’s been a hobby for many years while we had other jobs.

We started out in the world of pen-and-paper and board games, and we’ve been developing smaller PC games since 2013 – until we started our large-scale strategy title, Rising Lords.

Absolutely. I’m generally interested in history, but my focus is on ancient and medieval times. My brother is also very knowledgeable about medieval history.

We’ve been reading related books all our lives, and over the last years, started watching YouTube channels and listening to podcasts.

There are some great content creators out there making huge efforts to find out what medieval life was really like. 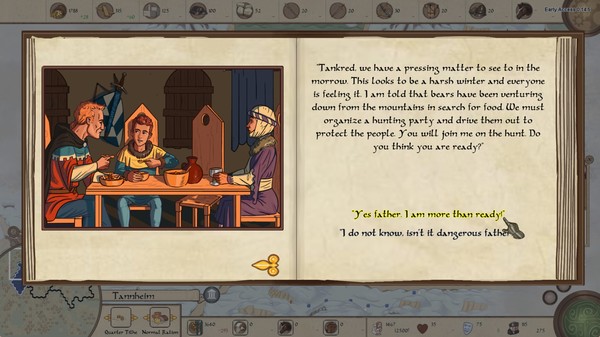 A cutscene in Rising Lords

Dozens probably, but nothing really that would ring a bell to anyone. Most of the games we developed were just for ourselves, actually.

We worked on smaller PC games for adverts, gifts, or commissioned work.

What was the inspiration for Rising Lords?

Games are never developed out of thin air. When you start to work on your project, many other games you play will influence you in one way or another. Simple or small aspects that you liked or disliked, design decisions, gameplay, and so on.

The biggest inspiration is definitely Lords of the Realm 2, a game I played countless hours as a teenager and that we played in 2016 when we started to develop Rising Lords. We did make a lot of design changes, though.

While the principle of medieval strategy games is similar and the economy and army movement is also turn-based, we went from real time back to turn-based for the battles and made those completely different. 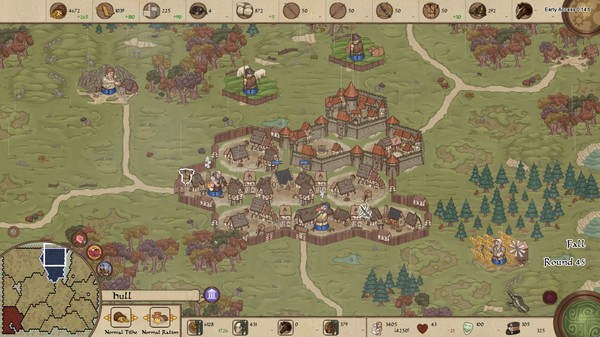 View of your city in game

Was it difficult to develop a strategy game?

While making ‘good’ games are always a story by themselves, I think everyone can develop a simple side scroller, puzzle game, or platformer with GameMaker after the first tutorials.

Turn-based strategy games have a ton of aspects that are beyond the basics, in my opinion. Unit pathfinding, battle and campaign AI, or the transitions between battles and scenario gameplay are good examples.

Integrating everything in a multiplayer network environment was the biggest task and still is. But it’s not only specific tasks that were difficult. The sheer sum of tasks would probably surprise you.

With story mode, challenge mode, scenarios, battles, modding, editors, and multiplayer, you just have so many different construction sites. All the small features like the merchants or sending food just add up to a giant pile.

Why did you decide to put your game in Early Access?

When we realised that we weren’t going to finish the game anytime soon and needed to pay a lot of freelancers to spread the immense workload, we decided to go for Early Access.

We were and still are convinced of our project, but we needed to see if it worked on Steam or not. As independent game developers working on our first major project, you can only live without income for so long.

We were also very interested in community feedback to improve our game even further. 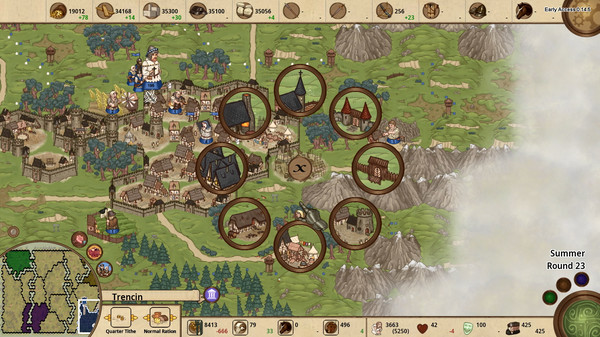 GameMaker was the first game engine we got in contact with, mainly because Manu tried it one day and the GameMaker Visual mechanic worked wonders for him as a non-programmer.

When I started to try it out myself, I quickly switched to the regular GML coding, but for the first projects it worked perfectly and I never really needed anything else.

Even after trying out other game engines, I still think that for rapid prototyping and 2D games in general, GameMaker is a very good choice. At this point, learning a different game language and getting it to the necessary professional level would also be a huge and unnecessary endeavor.

Multiplayer was difficult to implement, but this has been improved a ton from what I know.

There also was this problem in 1.4 where you couldn’t search through the resource tree without the program freezing, but that has been fixed in the current version of GameMaker.

There are small bugs here and there but none are frustrating enough to mention. Russell Kay and the crew are doing a great job in listening to the community and fixing those issues. 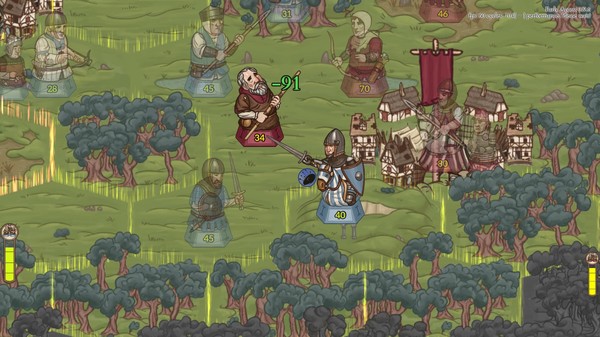 A battle in Rising Lords

When starting the first big project, you don’t really know anything. Can and will your game be successful? How are you going to set up workloads? What about marketing?

Having a steady flow of income to pay for all the business-related and private needs is probably the biggest problem for most developers and why they usually need a second job.

We’ve paired with Deck13 Spotlight, and a lot of things have become easier.

We also have a few ideas about games in our Rising Lords world that focus more on different aspects than the current game. I have to be a little vague here, as we haven’t officially announced any new projects and some decisions are yet to be made. 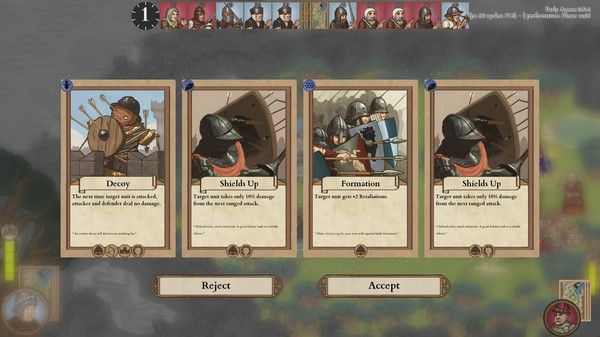 Some of the actions your armies can take in Rising Lords

Is there a real-life medieval historical figure would you like to see in your game?

There are many interesting and inspiring figures in history, but we decided to base Rising Lords in a fictional, medieval-based world to give us full creative freedom.

Historical figures could only appear in the game as a meme or with a different name, and even then, they probably wouldn’t be a perfect fit.

If I had to pick one, Heinrich Kramer would be an interesting choice. The world would probably have been a better place without him, but the Maleus Malificarum in its context is an excellent example of what difficulties medieval people had to face, and how literature and authority can affect people’s minds.