I Want To Become A Reference For Others - Red Ronin 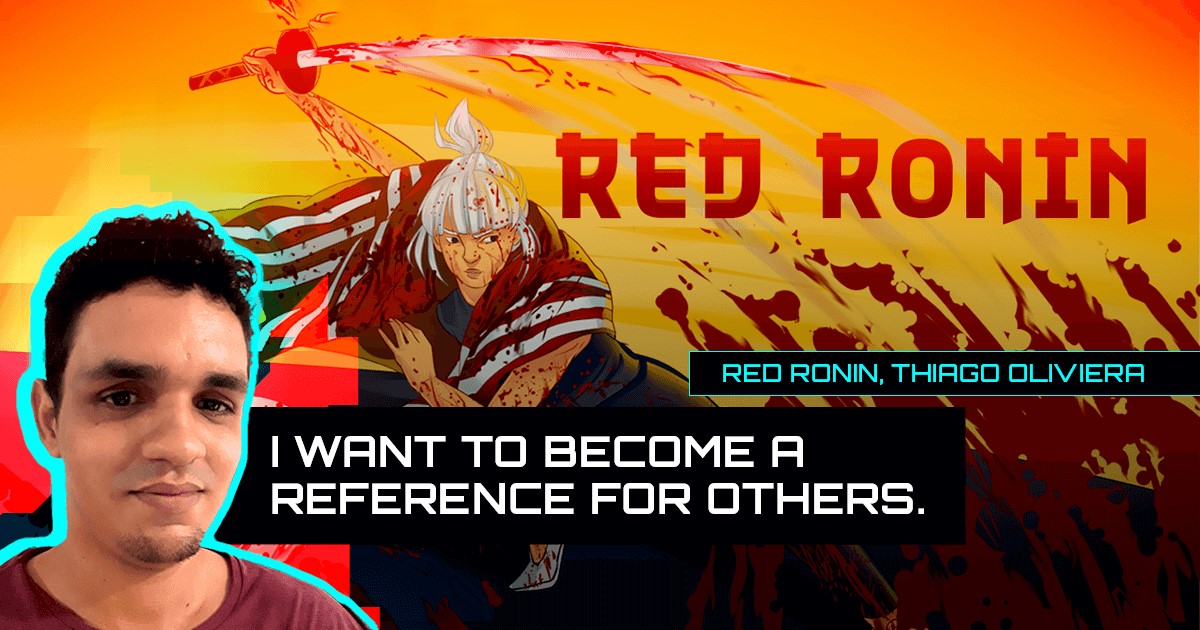 Thiago Oliveira is an Brazilian independent developer who’s been making games since 2017. Best known for the fast-paced dash puzzle games Red Ronin, Undergrave, Raven’s Hike, FROGUE and Upaon, Thiago sat down with us to share the source behind the games’ inspirations, challenges coming with being an indie dev and the names of some amazing Brazilian game developers.

It all started sometime in 2017. I was tired of AAA games and started to lean towards indie games. I remember finishing Hotline Miami for the first time and I thought: "Hey I think I can do that, I mean, this is a two-person game, right?".

I was developing Red Ronin in my free time when COVID-19 started. I was fired due to staff reduction and I had some savings, so I decided to take game development more seriously - I made a schedule, a planned scope, and a marketing plan and gave Red Ronin a chance. Since then I've been living exclusively from games.

What was your inspiration for Red Ronin?

Hotline Miami was (and continues to be) a huge inspiration for me. I love tactics and puzzle games too and back in the day I was in love with Into the Breach. Red Ronin is a result of merging those two games in my head. The game went through several iterations before looking like the final product. Initially it was a stealth game with time manipulation mechanics. I had no idea what I was doing at the time, the game changed a lot and became a puzzle turn-based hack n’ slash. 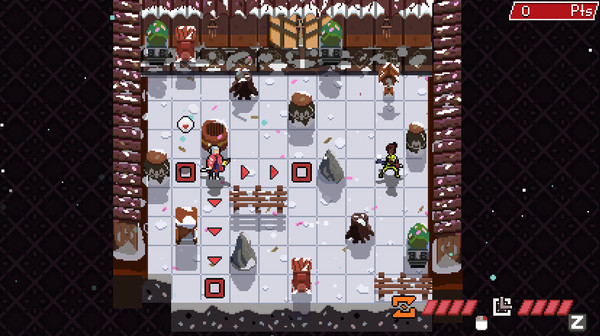 What can you tell us about your upcoming games, FROGUE and Undergrave?

FROGUE and Undergrave are the latest iterations of all I learned while developing my previous three games.

Undergrave is a roguelike take on the dash and slash core mechanic of Red Ronin, with a deeper combat system and more complex game structure. For example, Red Ronin had three enemy types while Undergrave has almost ten. Red Ronin took more than two years to release with some struggling towards the end, Undergrave was developed on a more stable cycle in less than eight months.

FROGUE is still another roguelike take on the dash and slash and time manipulation mechanic, but with more movement freedom, a bit of bullet hell, and of course, sword throwing. It was made in two weeks for the #NoticeMe Game Jam and I was so in love that I reduced the scope so I could make it to the jam’s deadline and publish its Steam page right away, which took around a week.

Most of your games have a puzzle element to them. Is it your favorite game genre?

I love puzzle games, but it’s a marketing decision too. I want to become a reference in “dash puzzle games”.Besides, it's easier to sell previous games to future owners of my upcoming projects. Players who liked Red Ronin are more likely to enjoy Undergrave and FROGUE and vice versa, so every time I launch a new game, I bring a small spotlight to the old ones. 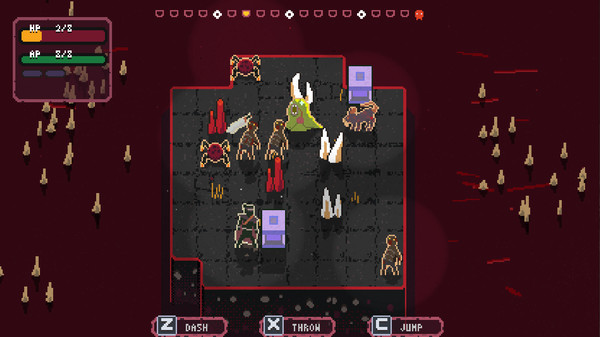 Which of the games you’ve made is your favorite?

Undergrave was the game I had most fun developing. I learned a lot of new tricks during its development and there’s a special thing about making roguelikes: the game can be very surprising. A weird bug or a very specific situation is what keeps a game fresh while I’m testing, something I never experienced while making linear games. Roguelikes are really fun to make and I want to keep this fun part of game development from now on.

What does the Brazilian indie game scene look like?

I believe that the Brazilian indie scene is at its best moment right now. We have a lot of games and developers with international presence lately with games like Unsighted, Horizon Chase, and Dandara. We’re at a point where local game developers are starting to use other local developers as references. For example,  FROGUE is heavily inspired by Dandara, and Akane, another Brazilian game, was in the back of my mind while I was developing Red Ronin.

There are few very talented folks working with GameMaker around here - Guselect, Gagonfe and Dininho to name a few. I really hope GameMaker continues to grow in popularity around here. It’s such a fast game engine to work with. 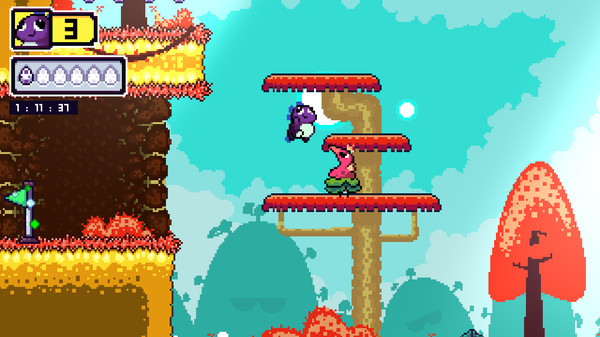 Is this why you decided to use GameMaker for your games?
I tried Unity and Construct when I decided to try my luck with game development, but I found GameMaker gave me more freedom and had a more easy learning curve. Also, a lot of games I liked, like Hotline Miami, Undertale, and Hyper Light Drifter were made in GameMaker.

Most of the problems I had with GameMaker were solved in the last year or so: easy ways to make visual tweaks (solved with the effects feature), more collision options like collision_circle_list(). The hardest part of programming games right now (for me) is making UI and menus but it looks like the GameMaker team is looking to solve that this year.

What is your favorite part of game development?

Prototyping! Since GameMaker has this “freedom mindset” while structuring the code, it’s really easy to make things move, shine and play sounds in the prototyping phase. Also, while stressful, releasing the game to the public and receiving feedback is a really important part for me. Since I work mostly solo (with help of Vincent Colavita making the music), the launch phase is the part where I have more interactions with other people about my games. 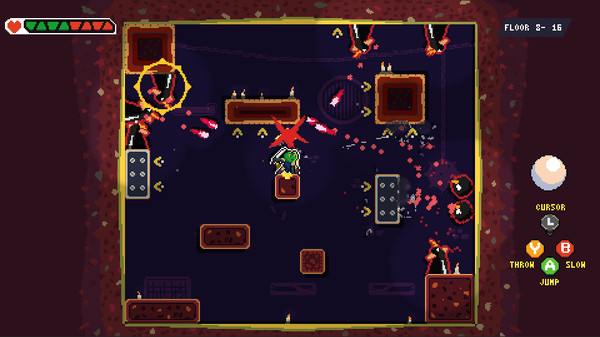 What do you find most challenging about being an indie game developer?
Since I work from home, the hardest part is to tell yourself when to stop working. More often than not, I got myself in front of the computer working more than 12 hours a day, from Monday to Saturday. There's this common feeling that I'm stealing myself or losing money if I'm not working on anything. Not knowing exactly how much you’re going to earn next month is scary.

Even now after a year of stable income I’m frequently worried about making zero dollars next month. I don't work Sundays anymore and I'm trying to make a routine that allows me to work around eight hours a day from Monday to Friday.

I just want to keep making what I am making right now. I have a lot of ideas of games to test and a lot of new genres to tackle. I want to make a boomer shooter someday, but right now I want to establish my studio to make steps towards other games and genres. 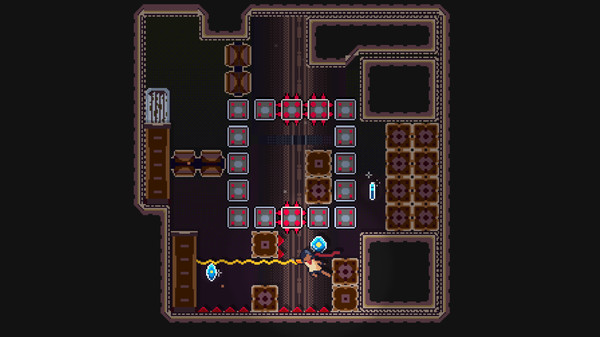