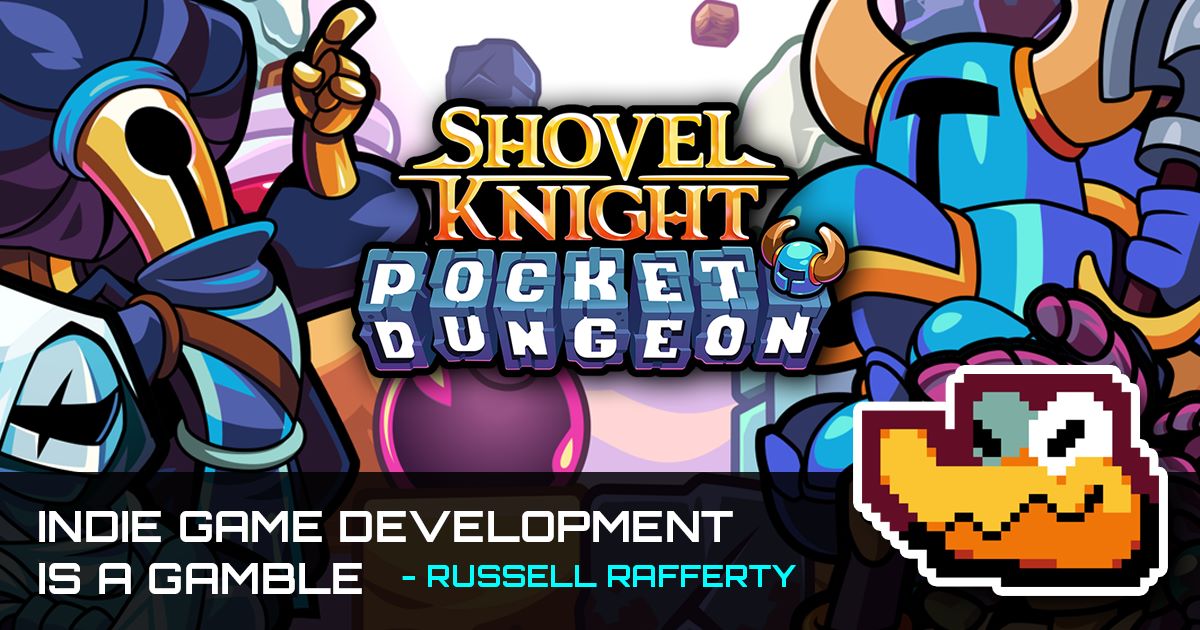 Russell Rafferty, known online as VINE, is a self-taught developer who’s been creating games for over a decade. His most recent game, Shovel Knight: Pocket Dungeon, has been a huge success on several platforms and a great addition to the Shovel Knight franchise.

During our interview, we asked VINE about his work with Yacht Club Games, his stance on accessibility features, and his favorite Shovel Knight character!

How did you start learning to make games?

As a kid, I was always intrigued with the creation of game things. I would always scribble up my own custom Pokémon cards or invent weird games using Chinese checkers as a template. I think my earliest introduction to actual game development may have been romhacking. I was obsessed with a Super Nintendo game called Earthbound and discovered there were tools to assist in modifying the game. I even ended up making a romhack for one of my high school finals!

Around that same time, I came across StarEdit, a campaign editor for the original StarCraft. I had zero interest in the actual game, I just liked making fun little scenarios, games, and maps. I probably spent a good five years doing that before I segued into more serious game development using GameMaker.

Mostly personal projects! I doubt any names would ring a bell unless you followed me on Twitter for a while. If you happen to be interested in any half-finished projects, my Carrd might be worth checking out. I’ve released a game called Cavern Kings - an endless roguelite where you dig your own grave - and was the main programmer for 'Jack & Casie', an inventory tetris RPG with a very cool 80's anime vibe. 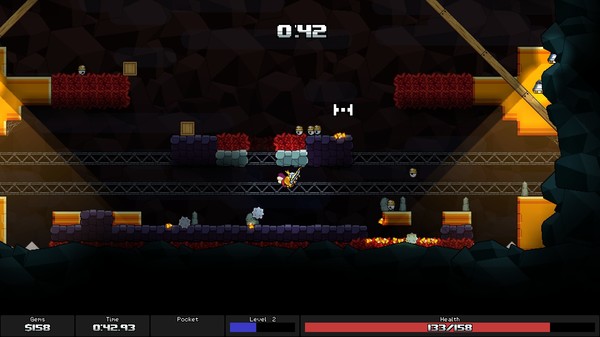 How did you start working on Shovel Knight: Pocket Dungeon?

It originated as an experimental puzzle/roguelite game called Puzzle Knights, which I started entirely because a friend had kind of a goofy idea: "What if you mixed Wario's Woods with a roguelike?" I had nothing better to do, so I decided to see what would come of it. Turns out, it was pretty fun! After working on the project for a few years, I was contacted by Yacht Club Games and it eventually became the really cool game we have today.

Had you played any Shovel Knight games before starting your work on Pocket Dungeon?

Actually, no! I’d pushed it to the side thinking it was going to be "yet another indie platformer", but out of sheer obligation I decided to give Shovel Knight a chance. I was pleasantly surprised at how well-crafted the games were, I ended up beating all their campaigns and would recommend them to anyone! Yacht Club Games definitely know what they’re doing, and I'm incredibly grateful to have worked with them.

How is working with a game studio different from solo development?

I suppose as a solo indie, you get used to the idea that you have to do everything by yourself. Spending entire years on a single project can take its toll on you. Anxiety-inducing questions pop up in your head all the time: "Is this game idea even worth it? Will this sell well? Have I spent the last five years in vain?". It really does feel like a gamble in a way, and when that gamble holds your life in its hands, it can get pretty scary!

I was definitely not used to sharing responsibilities, and I probably held back development a tiny bit because I was so stubborn to start off with! Working with Yacht Club Games has enlightened me, however. They have a ton of experience and I was blown away by everyone involved with the project. Sharing responsibilities helped Pocket Dungeon flourish into what it is today, and I wouldn't have it any other way. 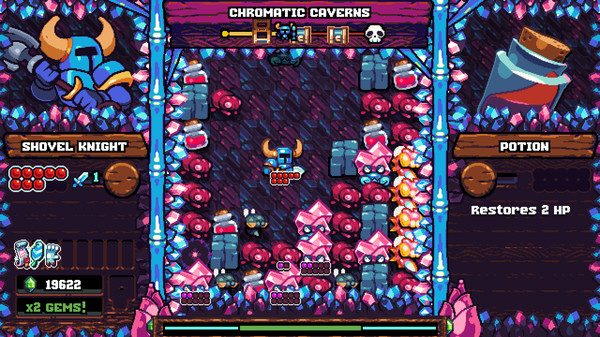 Shovel Knight is a well-known indie game series, how did you think the fans would react to your take on it?

Well, a spinoff is a spinoff - I didn't expect the greatest reception but the reviews have been astounding!

Pocket Dungeon has some accessibility features built into it, such as the ability to slow down the game tempo. What’s your stance on featuring options like that in games?

It depends on the game! Generally I lean in favour of "one difficulty for everyone", but I believe Pocket Dungeon has a lot of wiggle room to be fun for just about anyone and it would’ve been a mistake to not take advantage of that.

Puzzle Knight! He reminds me of his origins, and over time his lore developed into something I can definitely relate to. He's also a real cutie. I'm proud of him! 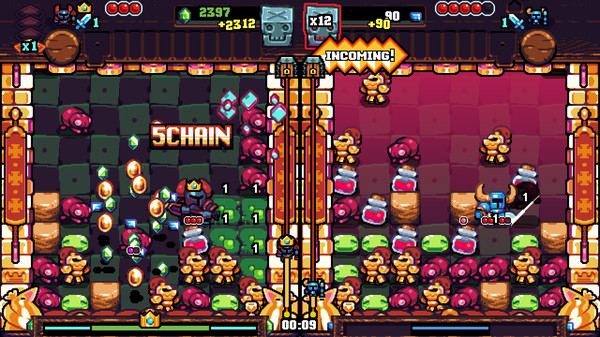 What is more challenging to you - coding or creating the art for your games?

Coding gives me a lot of trouble! I wouldn't consider myself adept with software engineering by any stretch of the imagination, but thanks to GameMaker and its wonderful community, we were able to deliver something cool. I think art comes a lot more naturally to me, I've been doing it since I was an infant, after all!

Ease of use, perhaps. Simply put, I just wanted to make a game and not fret about anything else. I wanted something lightweight and without a lot of technical jargon getting in my way.Lack of live coding and lack of live previews can be an issue though, especially for coding UI or tinkering with tiny nuances. Typing in magic numbers and waiting for a recompile feels like the worst thing for productivity. Sure, there's plugins for this, but an officially-integrated version of this would be miles better!

More game development! I'm not precisely certain where I'm heading at the moment, but I wouldn't change my profession for anything. 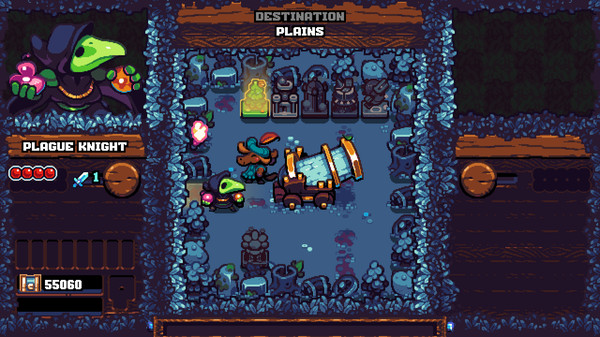 Plague Knight in their laboratory