I’ve Never Worked So Hard For A Game Jam - Moonleap Guselect, a game developer and content creator from Brazil, is the mind behind the winner of #NoticeMe Game Jam, Moonleap. We asked about his experience with GameMaker, future plans for his game, and the support he received from his loving grandma during the game jam.

About 17 years ago, when I was five years old, I got a Sega Mega Drive console from a relative, and that gift changed my life completely. I was obsessed with games. I filled notebooks with drawings of characters, drew games that didn't exist, created music using my mother's pans… I was an extremely hyperactive and messy child.

When I was eight years old, I got a computer and started researching how to create games. After bumping into several game engines that didn't require codes, I found GameMaker! That same year, I started participating in game development forums and published some of my creations on the internet. Creating games was always my dream.

I'm currently working on Starboy Adventures, and it's my biggest project so far. For Opera's last Game Jam I developed a game called Donut Be Seen, which is available for Android. You can check my website, where I posted many other simpler yet interesting projects. 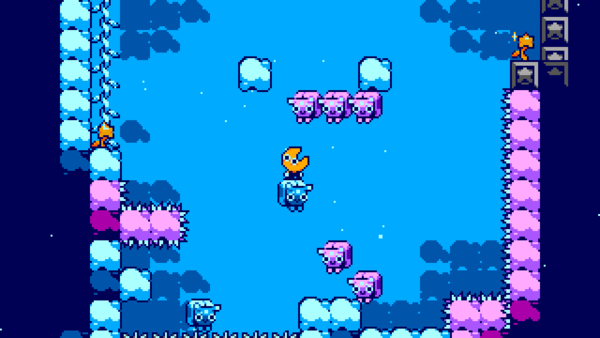 Did you expect Moonleap to win the #NoticeMe Game Jam?

I'm not going to lie, when I finished the game, I expected it to reach at least the top 10! I really dedicated myself to it, there wasn't a single day of #NoticeMe Game Jam where I would spend less than eight hours working on the game. I’ve never worked so hard for a game jam, and I was happy to achieve a result that I liked – and even happier to learn that many people loved my game.

Do you take part in game jams often?

I participate in game jams once or twice a year. I want to take part in them more often because, while they can be stressful, they’re also very rewarding, both professionally and psychologically. I always finish game jams with a fresh mind.

What was your inspiration for Moonleap?

In Mario 3D World there’s a stage where, when you jump, you turn the platform on the ground. Something similar also happens in Mario Galaxy, and I love it. Those stages, along with a level I created in Mario Maker where the player turns the switch on and off by jumping, were the main inspirations for Moonleap. As the game evolved, I became more inspired by puzzle games like Braid and even Baba is You, which was the main reference for the game's soundtrack. 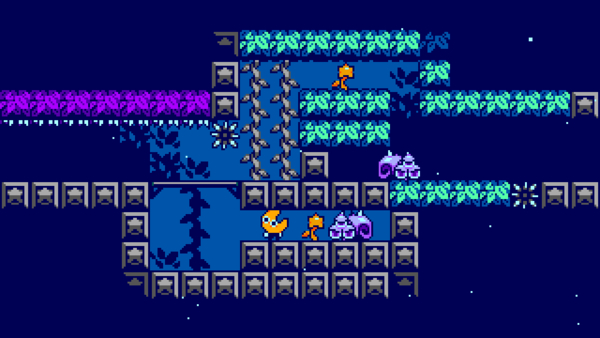 Being a talented artist, do you consider games a form of art too?

I like to call myself an artist to remind everyone that games are indeed art. I feel that with each passing day people understand that a little more, but there are still a lot of people who see and consider paintings as art, but not games.

Your game received a huge support from the Brazilian gaming community. Were you flattered by it?

People here are very united, and I got a lot more support than I expected. Many Brazilian artists helped to popularize the game on social media too, I received an absurd amount of fanart. It was almost as exciting as winning the jam, and by far the most fun part of the whole process.

Is GX.games a good platform for indie creators such as yourself?

I think it's amazing that anyone who wants to learn GameMaker nowadays can get the program and publish a game on GX.games without spending money. The internet lacks sites that bring a similar feeling to flash games in 2010, and I have a feeling that GX.games is bringing that back.

I do miss reading the comments, since GX.games doesn’t have those. I love interacting with my audience, and I know they enjoy interacting with each other too. I had some problems during the implementation of my games on the platform, but they were small things, which is understandable at the beginning of a platform like this, and some of them have already been fixed. 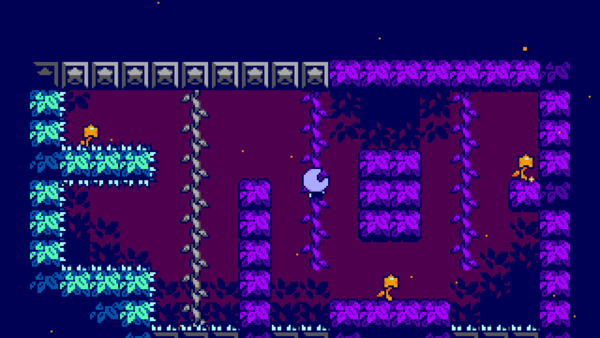 One of the stages in Moonleap

What made me choose GameMaker was the possibility to create games without having to write code. Nowadays, I already have some experience with programming, but I still use GameMaker as my main engine because it remains one of the best engines available, especially for 2D games.

Some of the official GameMaker extensions could receive more attention - the current version of Admob has some issues, for example. But the software itself is extremely competent, and most of the features I wanted for the GameMaker were already announced to be implemented.

What stresses me out the most is taking care of the marketing, managing the teams, dealing with all the paperwork and all the bureaucracy. I want to earn money by creating games just so I can pay someone to take care of those boring parts (and of course to pay my bills, but that's a detail). The process of creating the game itself is truly pleasurable. It's my favorite way to communicate, and it's one of the processes that make me love life even more.

For now, I want to finish the projects I'm developing, always doing the best I can. I want to keep growing as a developer and be able to achieve some financial stability so I can care more about my art than my bank account. I don't want to stay in Brazil either, working abroad is part of my plans. This is a beautiful country, with wonderful people, but with many political and economic problems. Working far from here and with what I love has always been my dream, and luckily with each passing day I get a little closer to it. 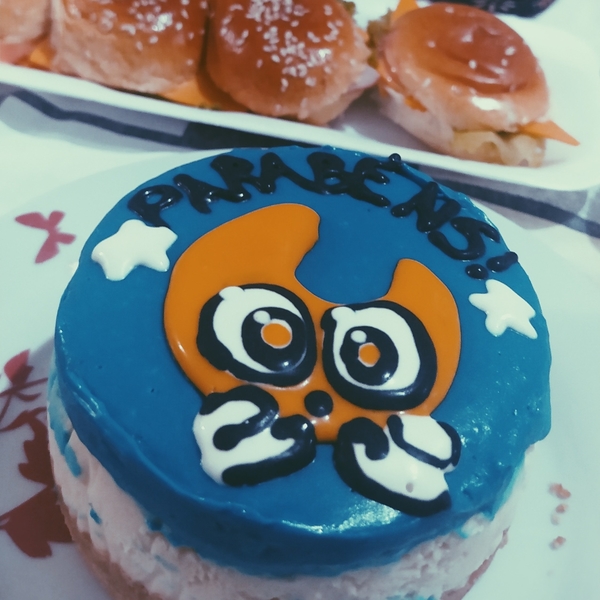 Are you done with Moonleap or can we expect some new updates?

I want to keep working on it - the game will remain simple, just not as short! It worked out better than I expected, but I had a lot of ideas that I couldn't implement in time. I'll bring you more news soon. I can already say that I don't want the game to be exclusive to PC.

We saw the picture of you and your Grandma celebrating your win! How did she react when you first told her?

I don't see my grandmother often because she lives in Amazonas, almost 2000km away, but that doesn't stop her from being present in my life. When I said I was going to participate in the jam she supported me and said she would pray for me to do a good job. When the voting started, she created an Opera account just to vote, and asked all her children and grandchildren to help me too.

As soon as she found out I won, she called me excited and said that she knew I was going to win. She's an angel! My mother, my sister, my girlfriend, my whole family gave me lots of support in the jam. 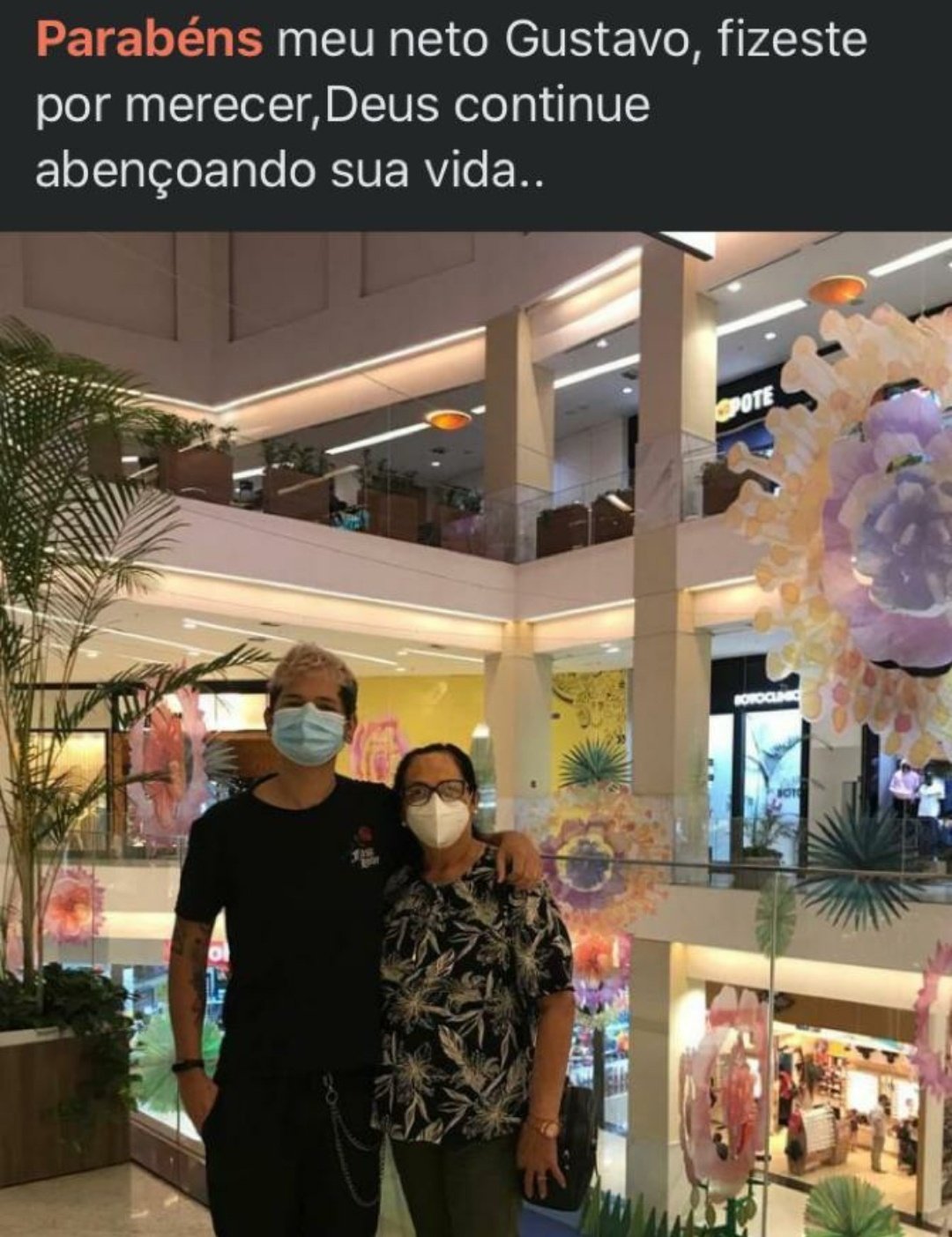 "Congratulations, my grandson Gustavo, you deserve this, God will continue blessing your life."

Is there a Brazilian game developer you'd like to give a shout-out to?

The folks at Studio Pixel Punk, @TianiPixel and @ironfairy_, have been doing an amazing job, less than a year ago they released UNSIGHTED, which I highly recommend. Danilo Dias is also a great inspiration for me! He developed Blazing Chrome with Andre Yin, who is also a great developer. Andre recently released Dandy & Randy DX which looks wonderful.