Hotline Miami Anniversary: No-one Was Making Games Like This Back Then 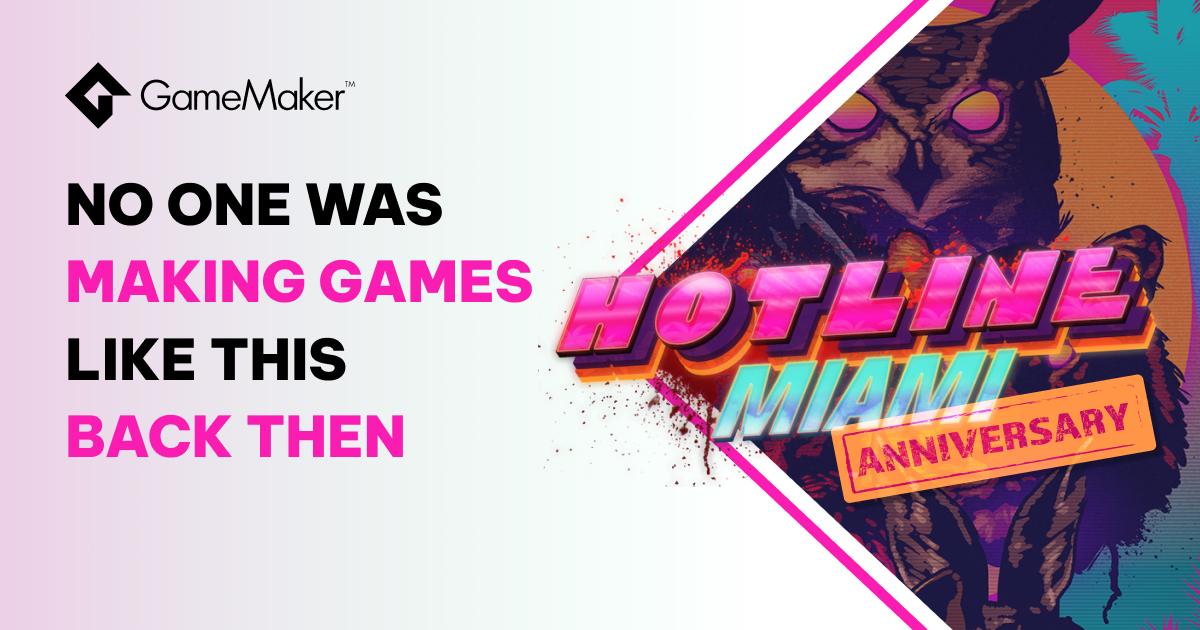 During our interview, we asked Jonatan and Dennis how their careers began, what made Hotline Miami such a classic, and why they’re keeping schtum about their next project.

How did your career in game development start?

JS: When I was in high school, I found GameMaker while I was searching for a tool to make games without coding. I started making lots of small freeware games with it.

As I was releasing them, some bloggers started writing about me, and then suddenly huge magazines, like the Wall Street Journal, asked me for an interview. I had no idea why!

It wasn't until I met Dennis in 2010 that it became a profession.

DW: I had an idea for an interactive music video, and I knew that Jonatan made games. They were featured in a video game magazine called Level, which was the biggest video game publication in Sweden, and we had a couple of mutual friends.

I really liked the visuals of his games, especially the colours. So one day I just approached him to see if he wanted to make this project with me

Together we made a small freeware game-music video mix for my band. It was the first time I did anything game-related. Jonatan taught me the GameMaker sprite editor, and I started from there. 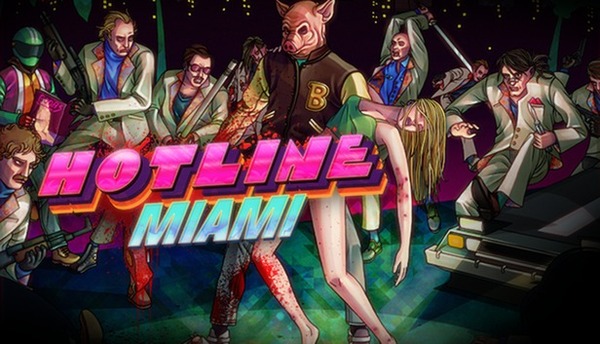 Was it your first game collaboration?

JS: I tried collaborating a couple of times, but it was a lot harder doing it with a fellow game developer, because they’d have a vision of what the game should be, and it would clash with mine.

You have to decide who gets to make the game they want to make. It’s a lot easier when it's a collaboration with an artist.

What was the biggest challenge you faced while developing Hotline Miami?

JS: The music. We wanted music that didn't sound like it was from a video game. We realised that we’d have to pay quite a bit for that, so we found a publisher who could help us.

Oh, and Steam integration. There were some very weird bugs with GameMaker back then!

Was featuring independent artists on your soundtrack, instead of hiring a single composer, your decision or your publisher’s?

JS: It was our decision. We were very inspired by the movie Drive, which had an excellent soundtrack. We went on Bandcamp and searched for music that would fit the game and contacted artists there.

DW: We wanted good music that fit the game. Bandcamp was a really good platform to find tracks. It was easy to just browse stuff and try it out. 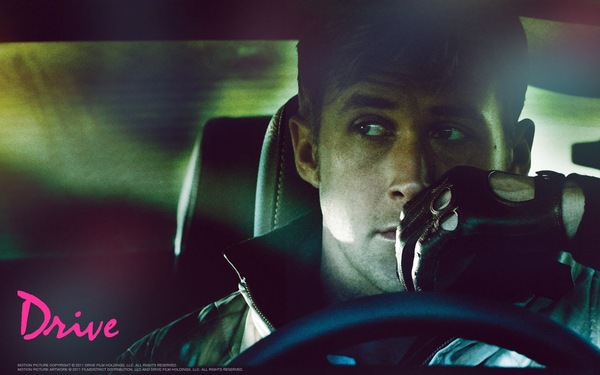 What made Hotline Miami such an instant hit in the gaming world?

JS: I don't really know. We were making a game that we wanted to play that we hadn’t seen anywhere before. No-one was making games like Hotline Miami back then.

DW: I think it came into a really good slot with the whole 80s-90s vibe comeback, and the synth wave.

Were you surprised by the enthusiastic reception of the sequel?

DW: We were really happy with the second game. It was an improvement in many different places, like the music, the storytelling, and the gameplay.

The combat might have been a bit too hard, but at the time we were really happy with the results. I still think that Hotline Miami 2: Wrong Number is better than the first one. 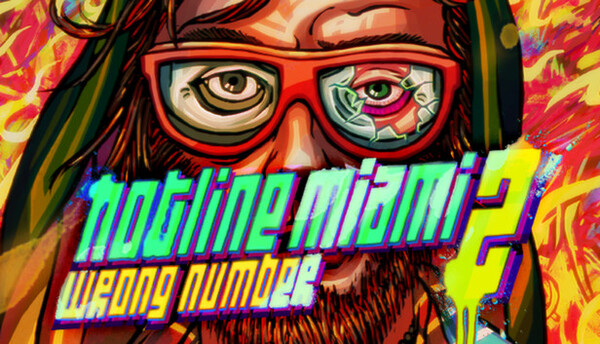 Did you always know that Hotline Miami would be a series, and not just a standalone game?

DW: We always wanted to make a sequel. We had a bunch of ideas for gameplay that didn't fit in the first one, or we didn't have time to implement, and there were a lot of story elements we already figured out from making the first one.

The plan was to make a game set in between the first and second titles, but we just kept talking about the sequel, so we decided to finish it to complete all of Hotline Miami, and then move on to the next project.

How did you approach the critics claiming your game was too bloody and brutal?

JS: It was a bit ridiculous, I think.

DW: Yeah, we didn't really care about the criticism, because we knew we could justify including the stuff we put in the games. It wasn't just for shock value, it had a point.

Are there any characters in this series that you’re particularly fond of?

DW: I really enjoy the Fans from the second game. I think they’re really cool.

When I designed them and Jonatan was writing dialogue, I was really happy with where they were going in terms of attitude.

They were one of the first things that we implemented in the second game, too! 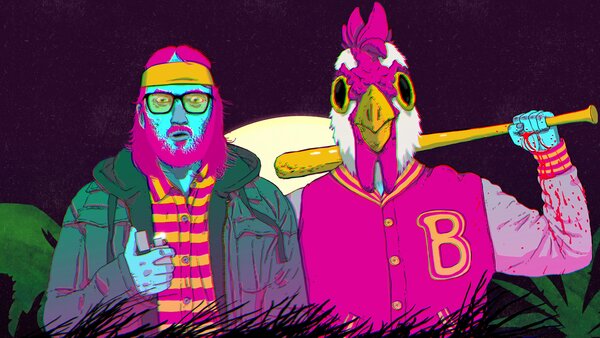 Why did you decide to go with pixel art for your game?

DW: I love pixel art, so I always wanted to do that. When we started out, I was very inspired by the way Jonatan designed his games.

JS: I wanted to make graphics that looked annoying, with lots of flashing lights and strong colours. The final version was actually very toned down.

DW: I think we toned it down even more in the second game by adding more natural colours. In the beginning we kept them very bright and didn’t break them down.

We wanted the game to feel uncomfortable, almost sickening in a way. It was a bit psychedelic themed, like a hallucination.

Did you pick up game development as a hobby, or were you hoping to make it a career?

JS: I never expected to make money from making games. It happened by chance when we were released Hotline Miami. 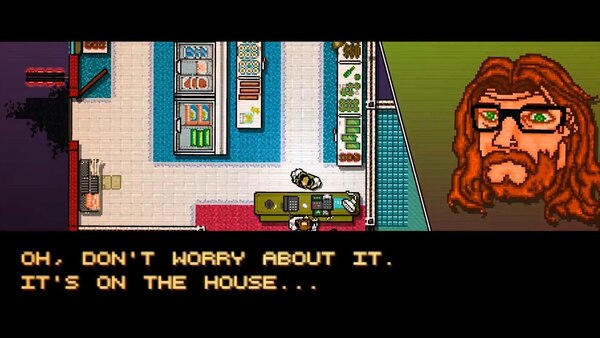 Beard, as seen in the first Hotline Miami game

Did you choose GameMaker just because it offered you the opportunity to make games with no code?

JS: It was mainly that. After a while, I learned how to code, but I'm very lazy, so I didn't really want to change the game engine.

Is there anything about GameMaker that frustrates you?

JS: It used to be that when you made bigger games, the compilation time went up, but that's not really something you can avoid.

DW: We had to split the second game into two parts, because we hit the ceiling of how many sprites or rooms you could have. Our porting team had to make a tool that could splice them together.

DW: We've been making a new game for a couple of years now. It's still a few years away from being released.

Is there anything you can tell us about this game?

DW: When we were developing Hotline Miami 2: Wrong Number, we started talking about the game right away, and we felt that the hype got a bit too intense.

For this one, we want it to stay under the radar, so we can develop it at our own pace and not have to answer a lot of questions or deal with high expectations.

Are you worried your new game will get a lot of comparisons to Hotline Miami?

DW: I think it's unavoidable, since Hotline Miami was such a big hit, but it's not something that we’re concerned with.

We’re making a game we really enjoy playing, and hopefully people will see it for what it is. It's not a new Hotline Miami game, but equally as good if you ask me.

A lot of people will be asking ‘why isn’t it Hotline Miami 3?’, because we still get that question all the time, but that's life. 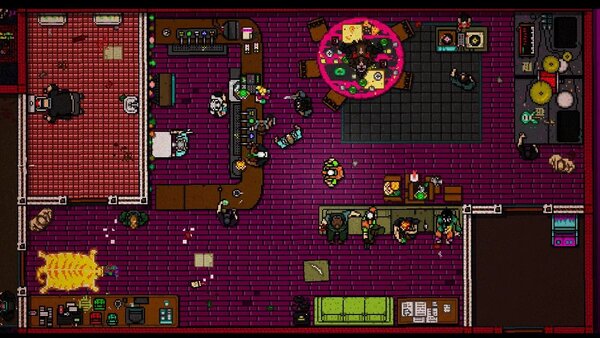 Are you two playing any games right now?

JS: I haven't played anything since Elden Ring!

DW: I'm trying to play games as much as I can. I’m playing a lot of retro games at the moment, stuff that I haven't played since when I was a kid.

My friend and I are playing Vagrant Story right now, and I'm also playing Witcher 2: Assassins of Kings.