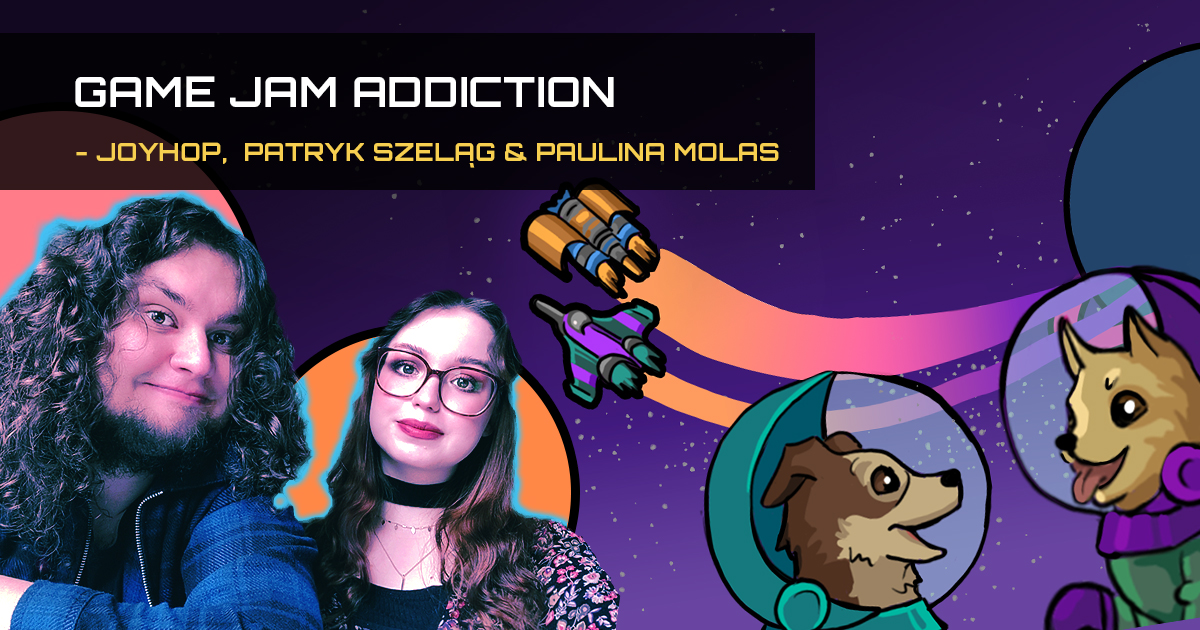 Patryk Szeląg and Paulina Mołas are the dynamic duo behind Joyhop Studio, creators of some of GXC’s most popular titles, such as In the Hall of the Copper King, Meow at the Pumpkin Moon, and the finalist of Opera GX Game Jam, Nettie and Settie Save The Internet.

During our interview, we chatted about their love for game jams, the everyday struggles and joys of running an indie game studio, and answer the question on everyone's mind: who would win a war between space dogs and dwarves?

How did Joyhop Studio come to be?

PS: Me and Paulina have known each other since high school. We both attended the same university and were majoring in English philology with additional classes in game development. It was a weird mix, but we really enjoyed it. It allowed Paulina to practice creating graphics and animation, letting me focus on programming.

PM:  I was always an artistic spirit, but I didn't really expect to have an artistic future. At the university I found out that art was my true calling and I’m happy for it to be my job now.

PS: Being a programmer is really a surprise for me too, because I have never really enjoyed mathematics and my whole education focused on literature, and language! We decided to try and use what we’ve learned and start our first commercial game. Later on, we came in contact with a publisher to start a corporation to bring our game to a wider audience on the mobile market. 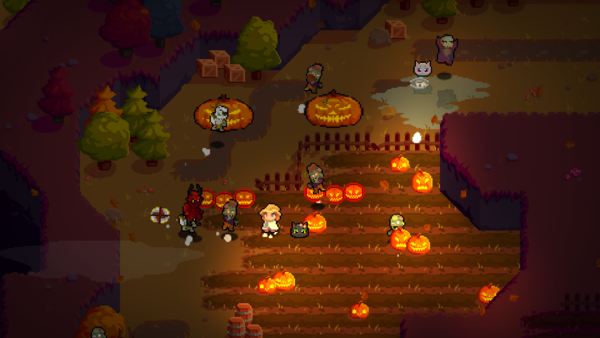 Meow at the Pumpkin Moon by Joyhop, available on GXC

Working at a two-person studio means both of you have to balance different tasks and responsibilities. Who handles what at Joyhop?

PS: As it often happens, I usually wear a lot of hats, sometimes doing something with the music or with audio or any other stuff that needs to be done, but I’m mainly doing the programming in our team.

PM: We often have to brainstorm a lot when it comes to game design, so I also have a big influence on the mechanics, even though art’s my specialty.

Is it difficult to run a small indie game development studio like Joyhop?

PS: Being an indie dev requires a lot of discipline. It’s really easy to overwork yourself, and I think in the last year we’ve really struggled to come up with a system that would prevent that.

PM: It’s not easy, but I was worried it would be a lot harder. This year marked a big change for us, since we moved in together and forced us to rethink some aspects of our lives, such as our work routine. 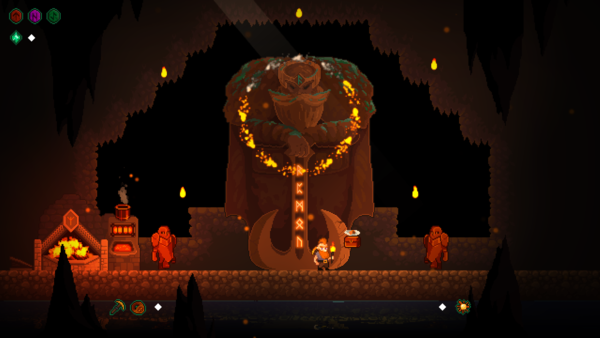 In the Hall of the Copper King by Joyhop, available on GXC

What was your inspiration behind In the Hall of the Copper King?

PS: In the Hall of the Copper King was made for a game jam hosted in Poland. The theme for it was “the future depends on copper”. After some thought, we decided to create a game less in our style.

PM: Our games are usually cute and quick, with an arcade-y style. But with this game, we wanted to take a more serious approach and to get a little bit more artistic. Compared to our other games, In the Hall of the Copper King is more low-key and slow.

PS: We wanted to give the player a sense of adventure, but instead of the excitement of battle, we focused on the calm exploration of the mines. Although the game is pretty short, I think it’s possible to immerse yourself in it for a moment and relax.

Are game jams an important part of your lives as game developers?

PM: Oh yes! We often look for jams with interesting themes to look for game inspirations. Now we’ve had a few successes with our games, it became an addiction. Game jams let us take a break from our main project for a week or two and escape burnout, and sometimes we surprise ourselves with what we’re able to do in such a short amount of time. 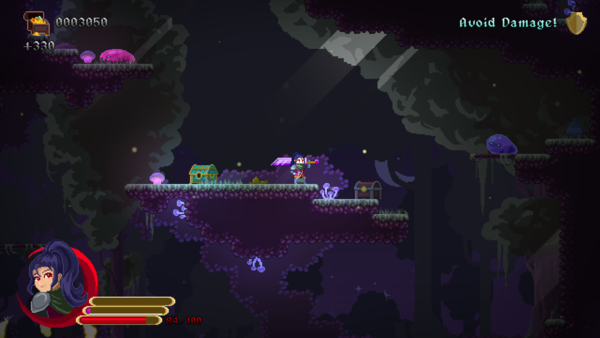 Which part of the game development process is your favorite?

PS: The initial stage of coming up with new ideas is what’s really exciting for us. Later in the process, we need to focus on fixing bugs and the technical side of game dev. However, during the planning stage, we can kick back and discuss all the cool features we’d like to have in our game and prototype them.

PM: The prototyping part is exciting, but sometimes I have a problem grasping what’s the core of our idea, especially at first. We’ll start working on something only to see that it’s not what we wanted in the beginning, and so the whole process begins anew.

Is there a game you’re currently working on?

PS: We’re currently working on Dab’s Not Dead, an action rhythm game. It takes place in a cyber world, which is being attacked by an evil virus. It features an adventure mode in which the player will travel through cyberspace and meet a cast of goofy characters. Of course, we can’t forget about the hacking mechanics, which are rhythm-based. We’re trying to combine a crazy rhythm action with a fun story about saving the world alongside lovable characters with the power of friendship.

PS: We’ve invited my brother, who’s a musician, to create the soundtrack for the game, so you’ll be able to hear a lot of his old tracks. If everything goes well, we’re hoping to finish Dab’s Not Dead this year. 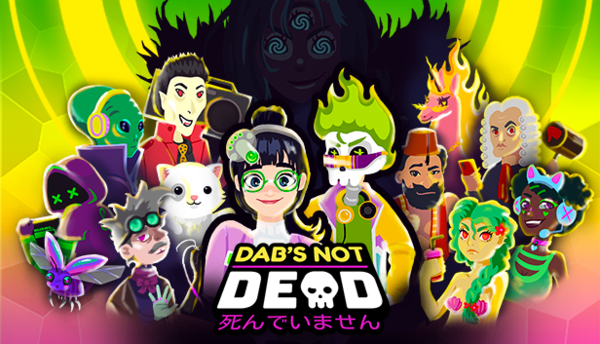 Dab's Not Dead by Joyhop

What encouraged you to use GameMaker as your primary development engine?

PS: My first encounter with GameMaker was during our game development classes. Before GameMaker, we tried out Unreal Engine, and while it was fun, it seemed really intimidating. It’s a complex software and I struggled to get comfortable using it. At some point we were asked to do a project for our classes and as I was scrolling through the internet looking for ideas, I stumbled upon GameMaker on Humble Bundle. It allowed me to learn programming step by step without any prior knowledge. The only thing I struggled with a lot were shaders, and it’s good to see that GameMaker is improving on that field.

PM: I very much enjoy the auto-tiling options and the room editor that GameMaker provides. I’m interested in what new updates can bring to the setup of the levels, and how they can help make game design more intuitive.

What encouraged you to post your games to GXC?

PS: When we were creating Nettie and Settie Save the Internet for the Opera GX Game Jam, we ran into a few issues with publishing, since it was a browser-based game. However, uploading into GXC was very easy, even with our PC-based games. We could just tweak a thing or two in them, upload, and they worked like a charm. Besides, we really enjoyed this idea of integration between GameMaker and GXC.

PM: We were also curious how our games would do and how many players would be interested in them. Some people play game jam games but there isn’t usually that much traffic, so even though our games won some competitions, we didn’t see much interest. It’s amazing to see several thousand GXC users have played our games and it helps to motivate us to keep going.

What functions would you like to see in GXC?

PS: Having documentation for developers to read through would be very helpful. I’ve encountered a few bugs, and some things about GXC weren’t clear to me, so I had to go to Discord or the GameMaker forum and find the solution.

PM: I’d love to see a comment section under our games. It would be good to know firsthand what the player experience is. Right now I sometimes check to see if someone posted a Let’s Play of your games and look for the feedback in the comments section. 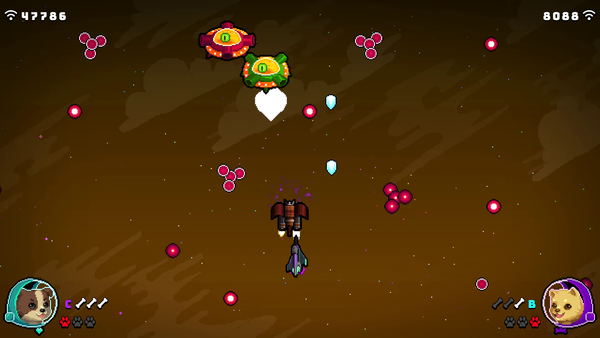 Nettie and Settie Save The Internet by Joyhop, available on GXC

In a fight between Neti and Seti and the Copper King himself, who would you bet on?

PM: They have guns. (laughs)

PS: For our next game, I think we’d really love to go in different directions, maybe try something slower like with In the Hall of the Copper King, or try making a strategy with more focus on the story than gameplay. Most of our games are action-packed, fast and colorful, but we don’t want to limit ourselves to this one specific genre. Getting to the point where we can decide what game we want to make, and what it’s going to be about feels very rewarding, so we’re looking forward to our future projects. 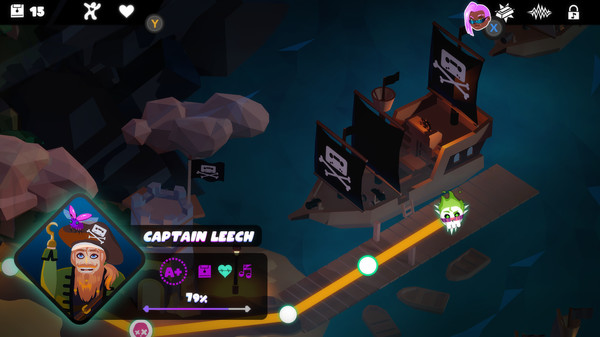 Dab's Not Dead by Joyhop