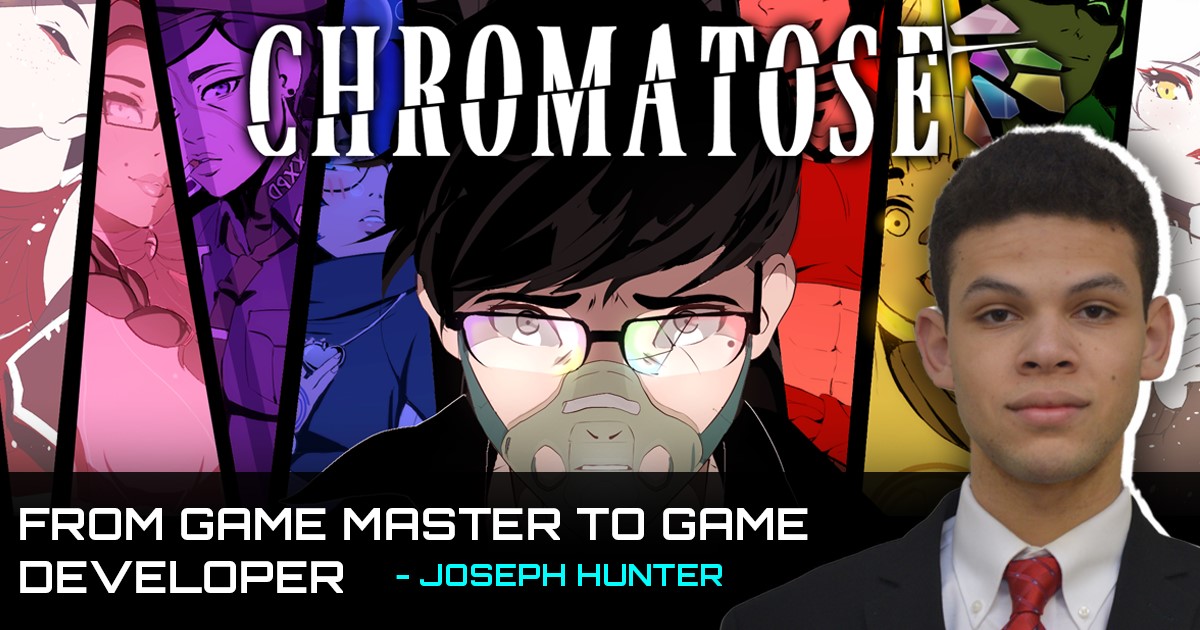 When indie game developer Joseph Hunter, also known as AkaBaka, decided to crowdfund CHROMATOSE, little did he know it would turn his game development hobby into a full-blown career. He had even less hope of knowing that he’d go on to develop the Lovecraftian dating sim, Sucker For Love: First Date.

In this interview, Joseph tells us how his time studying bioengineering, the lessons he learned while crowdfunding CHROMATOSE, and Dungeons and Dragons set him on a path to game development.

What’s the most challenging part of being an independent game developer?

A lot of times, the lack of time and manpower is your enemy. There’s not enough time in the day for one person to do everything that needs to be done with the game. Understanding when to cut things, when to downsize, when to avoid feature creep, and how to prioritise are very important.

How did you get into game development??

I used to be a Dungeon Master in Dungeons and Dragons campaigns for around five years. I was using a modified version of the game that didn’t have a whole lot of stats or dice rolls, it focused on player agency and consequences. By the time the campaign was done, my players fell in love with the characters and the story I was telling, but I felt really disappointed.

Why? Everyone loved your story!

But we couldn’t share it with the rest of the world, because it was just six nerds sitting around a table that came up with all of this stuff! I wanted to take the story and the characters that I’d made and turn it into something else. I tried out a couple of things that didn’t really capture the interactive feel of Dungeons and Dragons, like animation, and eventually landed on game development. It allowed me to act as though I’m Dungeon Mastering for the person on the other side of the screen in real time, with as many people as I want. 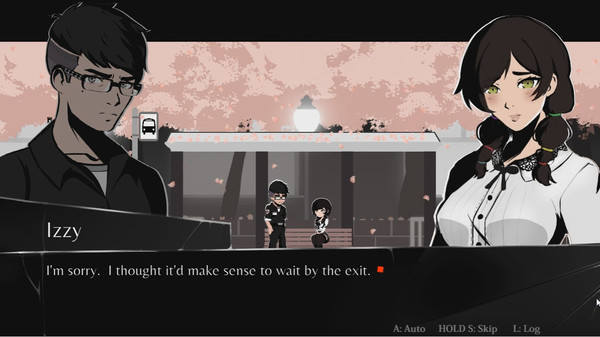 Main character of CHROMATOSE chatting with one of the NPCs.

What had you been doing before becoming a game developer?

I used to be in grad school for bioengineering. I was working on a sprayable bandage that releases sulfur to prevent infection.

How does a person move from bioengineering to game development?

My research was very good, but I bombed my mid-degree qualifying exam and had to drop from PhD school to Master’s. I was planning on becoming a doctor, and then I was at a crossroads where I didn’t know what to do with myself. While I was figuring my life out, I decided to work more on a game I was developing for fun at that time.

Which game was it?

It was CHROMATOSE, an original RPG visual novel, which I’m still developing, and was successfully Kickstarted in 2019. It’s taken a while, but it was the first project I made with GameMaker, and it was a good learning experience. You pick up on a lot of things by trying to make such a large game right off the bat. 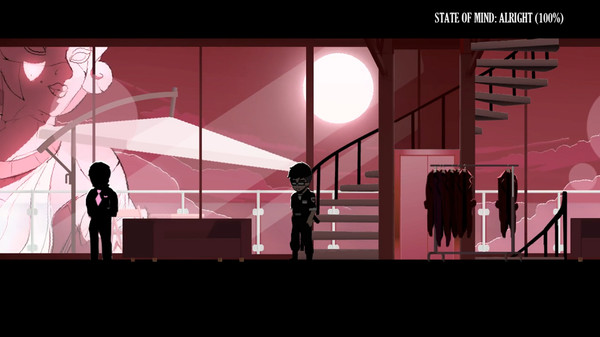 One of the locations in CHROMATOSE.

Can you tell us a bit more about CHROMATOSE?

It’s a mix of RPG and visual novel with deck building elements and a real time card battling system. The main character is an amnesiac EMT, whose fallen into a coma with nine strangers who also don’t have any memories. To get their memories back from the nightmarish monsters guarding them, they have to figure out the fatal mistake that put them in a coma and learn their lesson before 12 hours passes, otherwise they’ll never get to wake up.

Everybody is in the coma for a color-coded reason; each color relates to a personality trait that’s good in small amounts but bad in excess. For example, the red mark is there because one of the characters is courageous to the point of recklessness, without spoiling too much.

Does it have any special mechanics?

The player has to solve problems under duress during battles, a mechanic which was inspired by Catherine  The battle system in CHROMATOSE involves quickly playing cards that each have various effects, and trying to manage the effects of each card. One card can give the player more time in battle, another one does double damage, while monsters are messing with the cards and trying to run up the clock so that the main character will take damage and die.

Did you intend for it to become the serious project it is today?

It was a huge surprise, a hobby turned career, where I was doing it for fun while I was figuring out what to do with my science degree. At the time I was just working on that for fun, but it started gaining some traction and when I launched a Kickstarter it got fully funded!  After that I took it to Dreamhack, where I met my now publisher, who really liked the game. 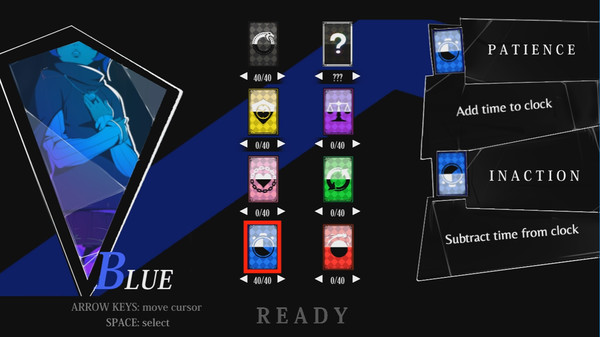 Why did you decide to Kickstart CHROMATOSE?

I could only do so much on my own to make the game that I envisioned. I needed money to pay another writer, because at the time my writing wasn’t very strong, or to get music for my game. Kickstarter seemed like a good way to get money to fill the roles I couldn’t perform myself. About half a year before the Kickstarter, I released the demo to see what kind of response I’d get from the community, which helped me iron out some of the bugs before going public.

I set up the Kickstarter myself, had the polished, hour-long demo ready to go, reached out to the press, and then locked myself in my office for a month while it ran. Running the campaign was a full-time gig, but by being deliberate and trying to stay ahead of the curve on the complications involved with any video game crowdfund, I managed to succeed in the end. We met our goal and it was everything I’d hoped for, allowing me to bring on board a full-time composer, a writer, and another monster artist.

What advice can you give people who are considering Kickstarting their game?

Do your homework ahead of time, know what things you’re looking for out of business partners and what things you’re not. It will keep you from killing your project before it starts.  Knowing what I wanted to do with the budget ahead of time helped as well, because when you run a Kickstarter you’ll be approached by dozens of people trying to scam you.

Having a functional demo well in advance was probably the strongest thing that helped the Kickstarter. Knowing the answers to all the questions I was going to get asked ahead of time and not answering on the fly was another big thing - I don’t think I’ve gone back on anything I’ve said in the original Q&As when people were asking about the Kickstarter! We got a lot of questions about shipping, what platforms and consoles the game will be available on. We also got reports of people having problems with the demo, but by making sure the demo was QA’d months in advance, the people promoting the game weren’t hitting fatal errors on start-up, which I’ve seen happen to other games out there. 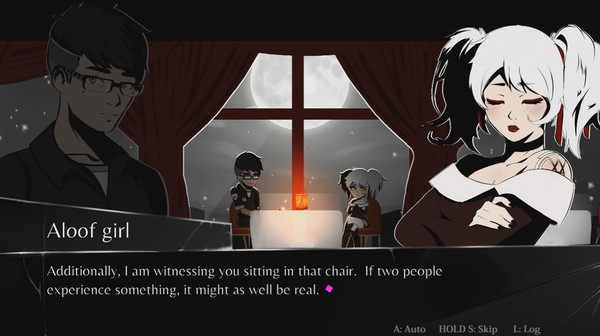 Main character of CHROMATOSE attempting to bond with one of the NPCs.

Is there something you wish you knew before you started working on CHROMATOSE?

To keep the scope of the game to about a fourth of the size you think it needs to be. Sticking to a project of a smaller size gives you ample time to finish everything and you can use leftover time to polish the game. There’s always surprises with game development, so having ample time to deal with them is something that any developer would strongly benefit from.

At the end of the day I wouldn’t take back the time I’ve spent on CHROMATOSE, because I’ve learned so much from it — especially things that you only learn from trying to make such a big game, like memory management and texture pages and such.