BROK the InvestiGator: Players told me the game touched their hearts 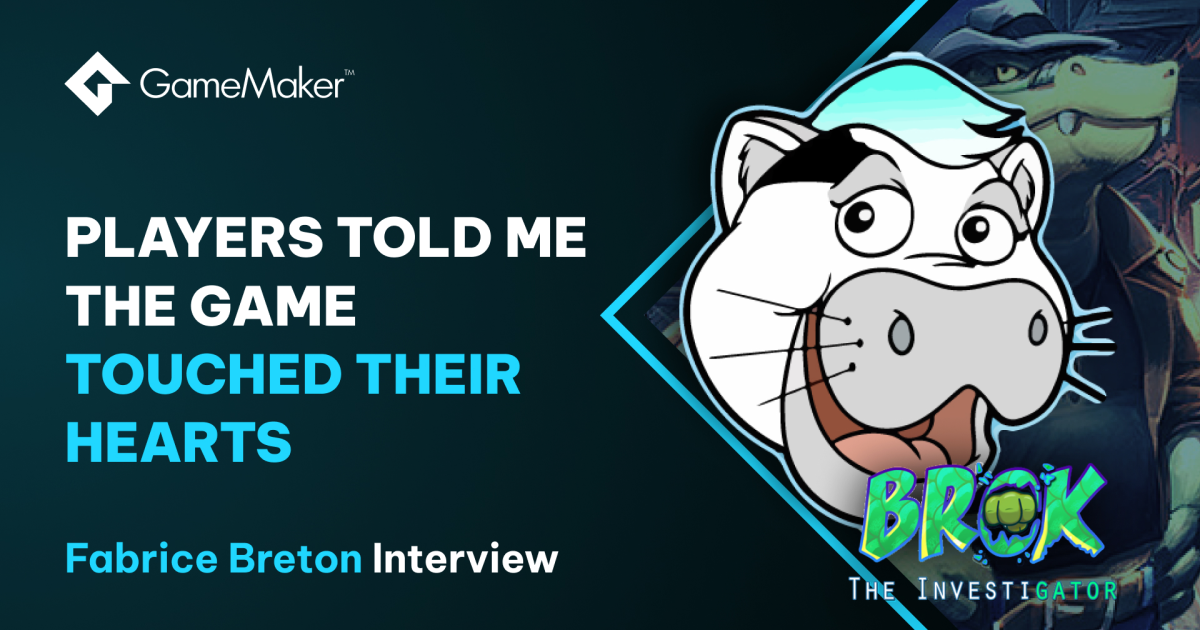 Fabrice Breton is a solo developer and publisher from France, whose career in game development started at just eight years old! Fabrice’s newest game, BROK the InvestiGator, has gained a lot of interest online thanks to its unique story and artstyle.

During our interview, we asked Fabrice about the development of their game, the difficulties of being an independent developer, and their role in exposing scammers preying on developers on Steam.

In 2014, I left my day job after saving up money for years so I could become a full-time indie game developer.

Even back then, I realised two things: it was a risky move, and the market was already overcrowded. So my plan was to remake a silly adventure game I made when I was a teenager but never released, while working on a much more ambitious and unique game called BROK.

Six long years of development later, I managed to do exactly what I wanted: I created a unique and ambitious ‘Punch & Click’ game filled with choices and nostalgia!

My first commercial game is the silly adventure game Demetrios, which I practically made myself. 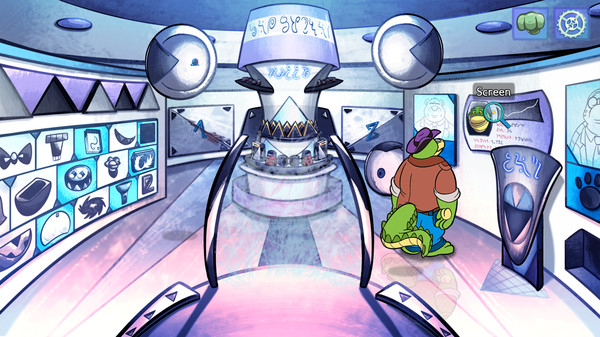 Area exploration in Brok the InvestiGator

What was the inspiration for BROK the InvestiGator?

It’s mainly inspired by cartoons from the early ‘90s, especially the character design and development.

As for what inspired the game itself, I can quote Little Big Adventure and Shenmue. The fight system is inspired by Streets of Rage 2, and I borrowed gameplay ideas from recent sequels.

Was there anything particularly difficult about BROK’s development process?

Does it count if I say ‘everything’?

There’s no easy aspect of video game development, but the hardest for me were programming, designing and implementing controls, and making it possible to switch between control schemes - mouse controls stopped me from adding grab moves, for example.

You don't often see Beat 'Em Ups with mouse controls, but it was required to make this mix work!

I also had issues with pathfinding and height management. Usually Point & Clicks don't need to worry about a character’s height, but this was really important for the Beat 'Em Up sections, and to allow you to jump on tables during the adventure, for example.

Handling perspective was tough too: when everything is made of 2D elements in 'true perspective' backgrounds, you sometimes have to cheat to calculate the correct depth.

Animations and backgrounds took a massive amount of work, too. High resolution, frame-by-frame animation is the most beautiful style of animation in the world, but also a ton of effort. 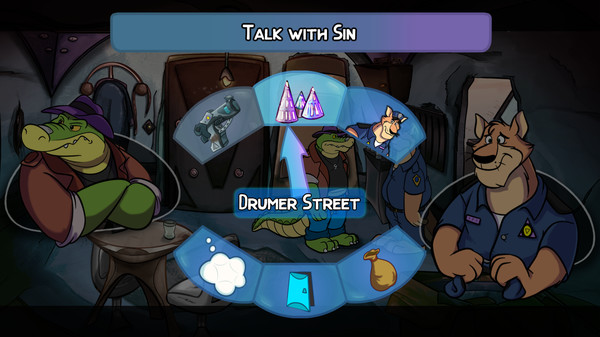 Conversation mechanics in Brok the InvestiGator

When you released your game, was there anything that surprised you?

Before release, I compared BROK’s Steam stats to other games and figured it was doing well, but not amazing. It was in the top 20% of all releases.

I never expected it to stay in 'New & Trending' for three days when other games with more wishlists releasing that same week didn't even appear!

I was amazed by the reception, with a 98% positive rating on Steam and some players sending me direct messages, telling me how the game touched their hearts. That alone made all those years of hard work worthwhile.

What caused you to rally against Steam’s Curator system?

The insane number of scam emails I’d get. When you get between 20 and 100 emails every day from curators, streamers, and reviewers before a launch, it’s really tiring to go through them to find out who’s legit and who isn't. I sent a key to the free Prologue of BROK to help sort it out. Some fake curators reviewed the game negatively because I directly impacted their business by sending them keys to the demo and not the full game.

After the initial success of BROK, one thing that boosted its popularity was my Twitter thread about the fake Steam curators, which was even covered by the press. It wasn't exactly about BROK, and those outlets didn't get curious enough to review it afterwards, which was a shame, but it helped a bit.

I’ve dabbled with it over the years, doing small games for fun. When I heard GameMaker supported console exports, it immediately became my engine of choice.

I really like that the GML Language is dedicated to making video games. There's no overhead and you're free to program in procedural or object-oriented styles, though I prefer the former myself.

Being able to port the same code to many platforms is the most important aspect to me, and consoles in particular are the majority of my company's revenue over the years.

I often hear 'GameMaker is great for prototypes', and then some devs choose another engine to develop the full game. I don't get that. If an engine is good and simple to start with, it remains that way for the whole development!

I never felt like I had to fight against the engine: the difficulties come from the game design itself. 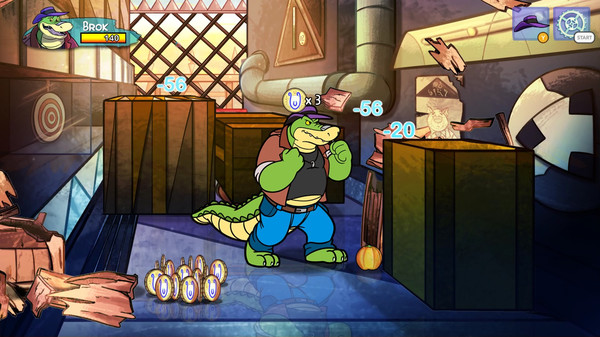 Is there anything that frustrates you about GameMaker

It might seem contradictory, but I don't like being dependent. This includes being tied to an account on GameMaker's servers. What happens if YoYo Games go out of business? I 'invested' a lot into it. Please don't let that happen!

It's also frustrating when, for example, other engines like Unity have their console export ready for the launch of new consoles, when GameMaker only has theirs available one year afterwards. It happened for Switch and I feel like I missed the window of opportunity where games are given the most visibility.

I understand you're a much smaller team though.

One simple idea of improvement: I wish it was possible to define how long each frame of animation lasts, directly in the sprite editor. For making good 2D animations, you can't have all frames sharing the same length.

Timing is especially important for a Beat 'Em Up - using key frames gives more impact. I didn't want to artificially duplicate frames, so I had to implement my own system, and I'm pretty satisfied with the result!

Doing everything at once!

You need to be skilled in 20 different jobs, but you're not making 20 times the amount of money. Actually, you're lucky to make even one salary equivalent! 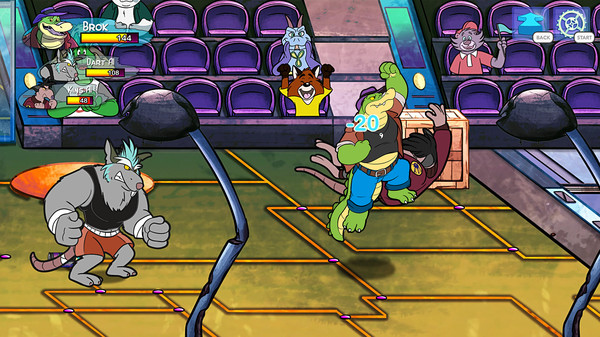 I can't reveal anything, but of course I'll do more with BROK.

In the short term, my agenda is already booked for at least the next six months, with all the promised Kickstarter content: console ports, physical editions, a co-op mode, a comic book, new challenges...

If you were living in the world of your game, what kind of character would you be?