A Game Engine is a Magic Wand - Blazing Beaks 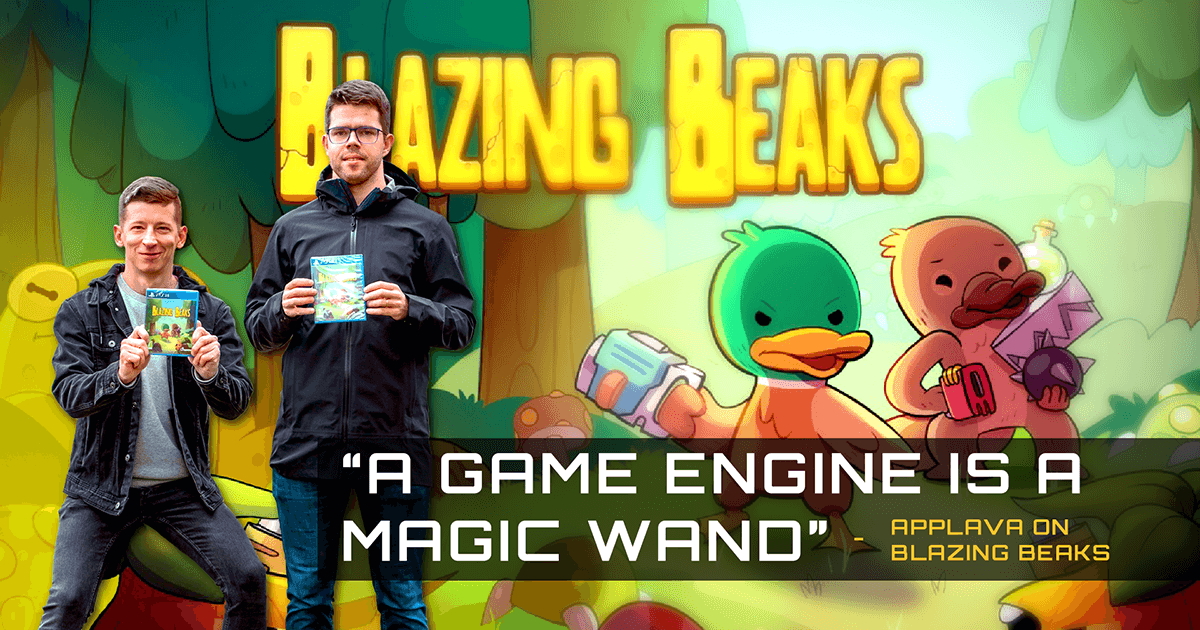 Applava are a two person studio, based in Vilnius in Lithuania, founded in 2014. Tomas Putanas is a coder and artist, while Eduardas Klenauskis is a coder who also deals with publishing and marketing. Their game Blazing Beaks was created in GameMaker, launched in 2019 and currently scores 80% on Metacritic.

We chatted with Eduardas and Tomas about publishing indie games, the risks of multiplayer-only and their favourite beaked animals.

EK: A colourful world where armed birds blaze their way through piles of mutants, monsters and creepy creatures. It’s a roguelite shooter where too much greediness can be fatal. 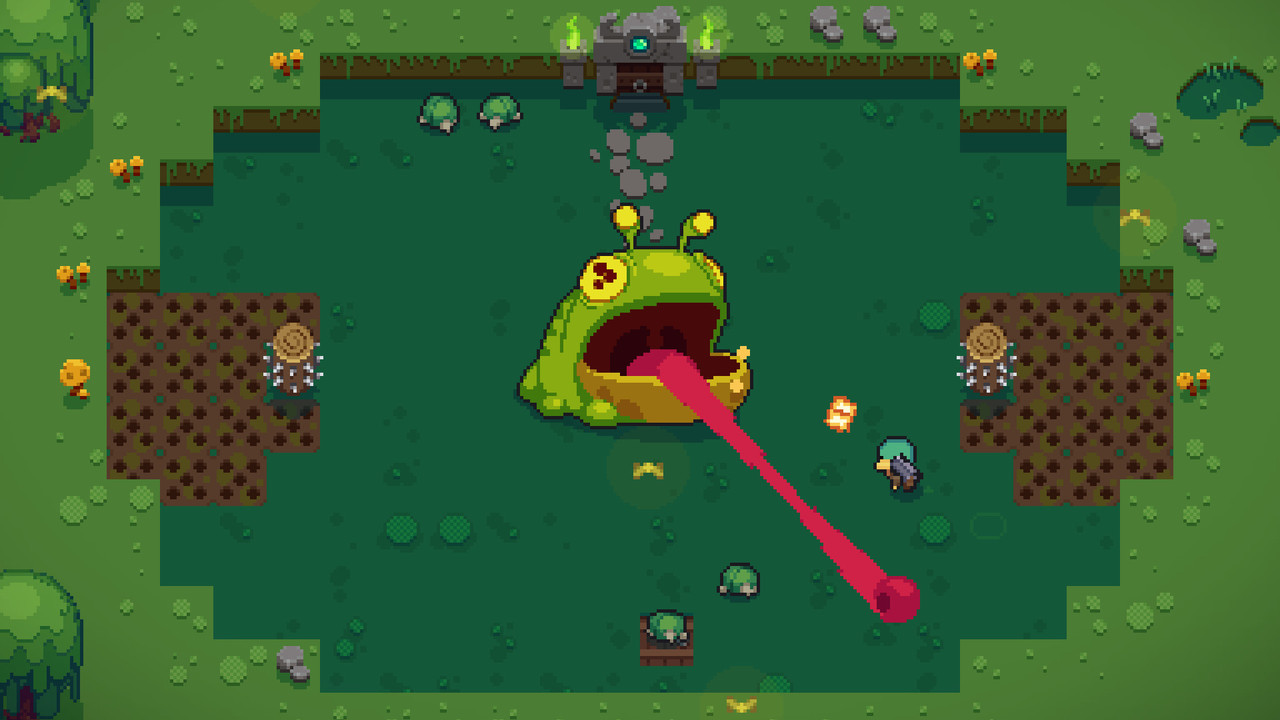 What big decisions did you make about the gameplay?

EK: Fun fact – initially Blazing Beaks only had the tournament mode (couch multiplayer). The game had potential but it was missing something, and we knew that multiplayer only games are difficult to sell.

This forced us to think of new mechanics. We added the story mode, new enemies, outrageous bosses and secret levels. But it was our risk and reward mechanics that lifted the game to a completely new level. Essentially we ask the player to decide how much nerf they’re willing to risk now for a bigger reward in the future.

Now our unique artifacts/items exchange system is what Blazing Beaks is known for!

Why did you pick GameMaker?

TP: I tried several simple game engines, but all of them had limitations. I was looking for an intuitive game engine that would let us begin the development process very quickly, so we could build iteratively from that foundation. GameMaker has everything we were looking for.

What was technically the greatest hurdle to making Blazing Beaks?

TP: The most difficult part was switching from GMS 1.4 to GMS 2. The project was close to Early Access release, so there was a lot of work to do to catch all the small issues that needed attention.

Additionally, porting was a bit more difficult compared to everything else, because every platform has its own nuances. However, once it was sorted the rest became relatively easy. 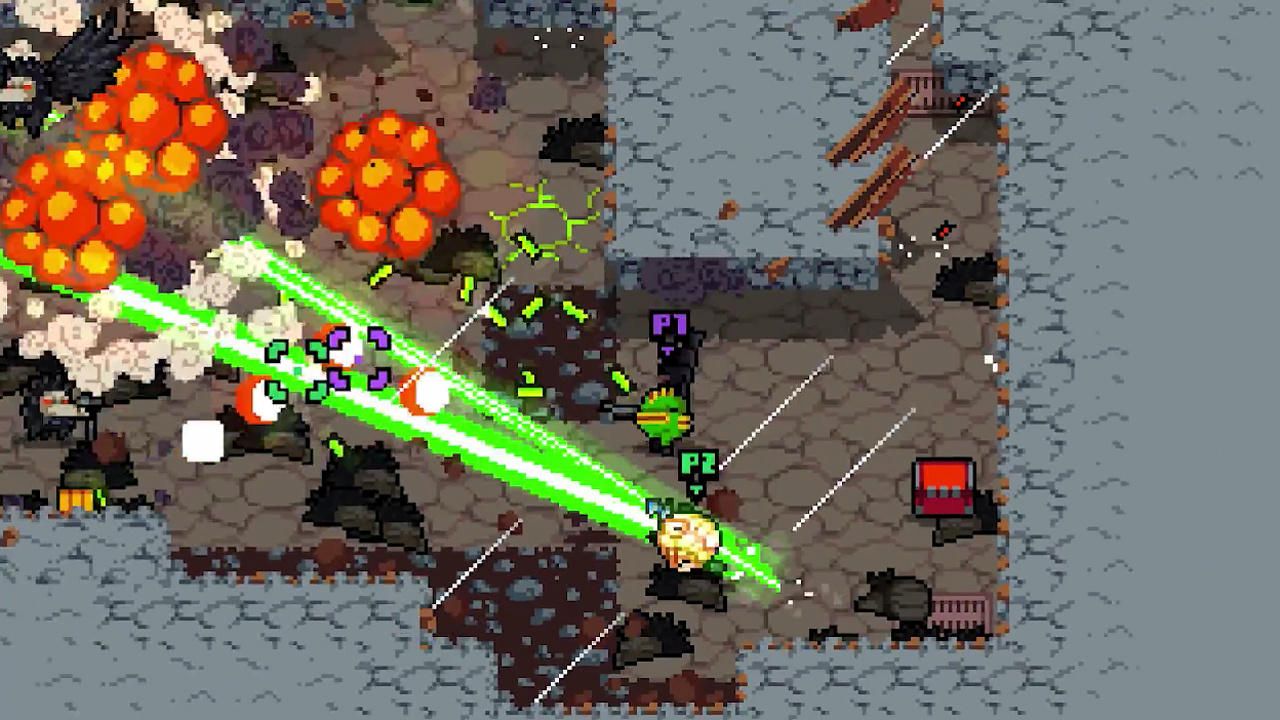 Nuclear Throne by Vlambeer, made in GameMaker

Was there another GameMaker game which inspired you?

EK: Firstly, Nuclear Throne. It was a big inspiration to see that such a fun game could be made with GameMaker.

TP: Then when we saw that Risk of Rain and Spelunky Classic were also made on the platform, it told us that GameMaker had everything we needed to make our game.

How was the launch and publishing of Blazing Beaks?

EK: In a nutshell, lots of sleepless nights! Blazing Beaks was our first big project and we decided to go the hard way – self publish the title and go through all the process ourselves.

We wanted to learn how things worked, but at the same time it was a big risk after years of game development. At that time, going for Early Access release on Steam for PC was a popular choice among indie developers. So we thought that it would be a good way to find out if the mechanics worked well and get player feedback. The Early Access period let us fix bugs, add new content, make some other changes and most importantly make sure that we were going in the right direction. 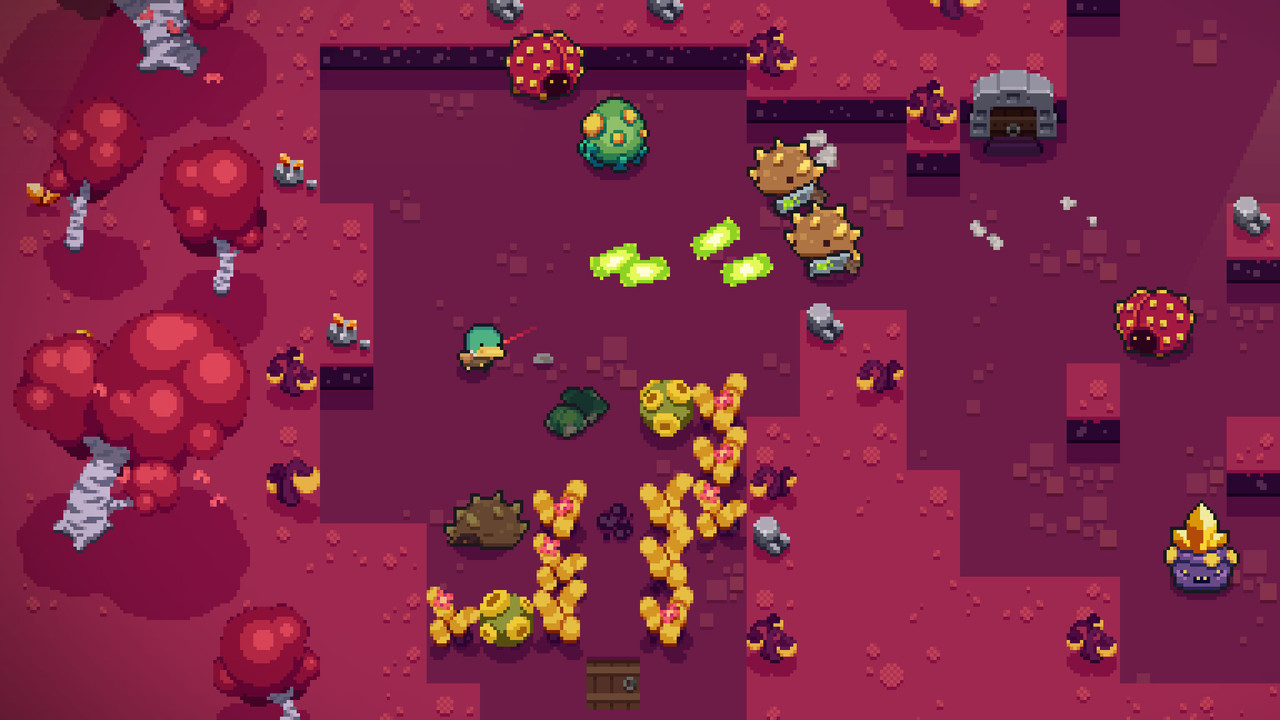 “EK: Successfully publishing the game is way harder than making one”

Any lessons you learned from the making and publishing of Blazing Beaks?

EK: From the publishing:

Why do you make games?

EK: Because we love games. It’s our passion and lifestyle. Making a game is like magic and the game engine is a magic wand. You can do pretty much anything you want and the only limitation is your imagination.

TP: I can’t believe that it was twenty years ago that I played games on the PlayStation 1 and now I am holding my own game in my hands. It’s surreal! 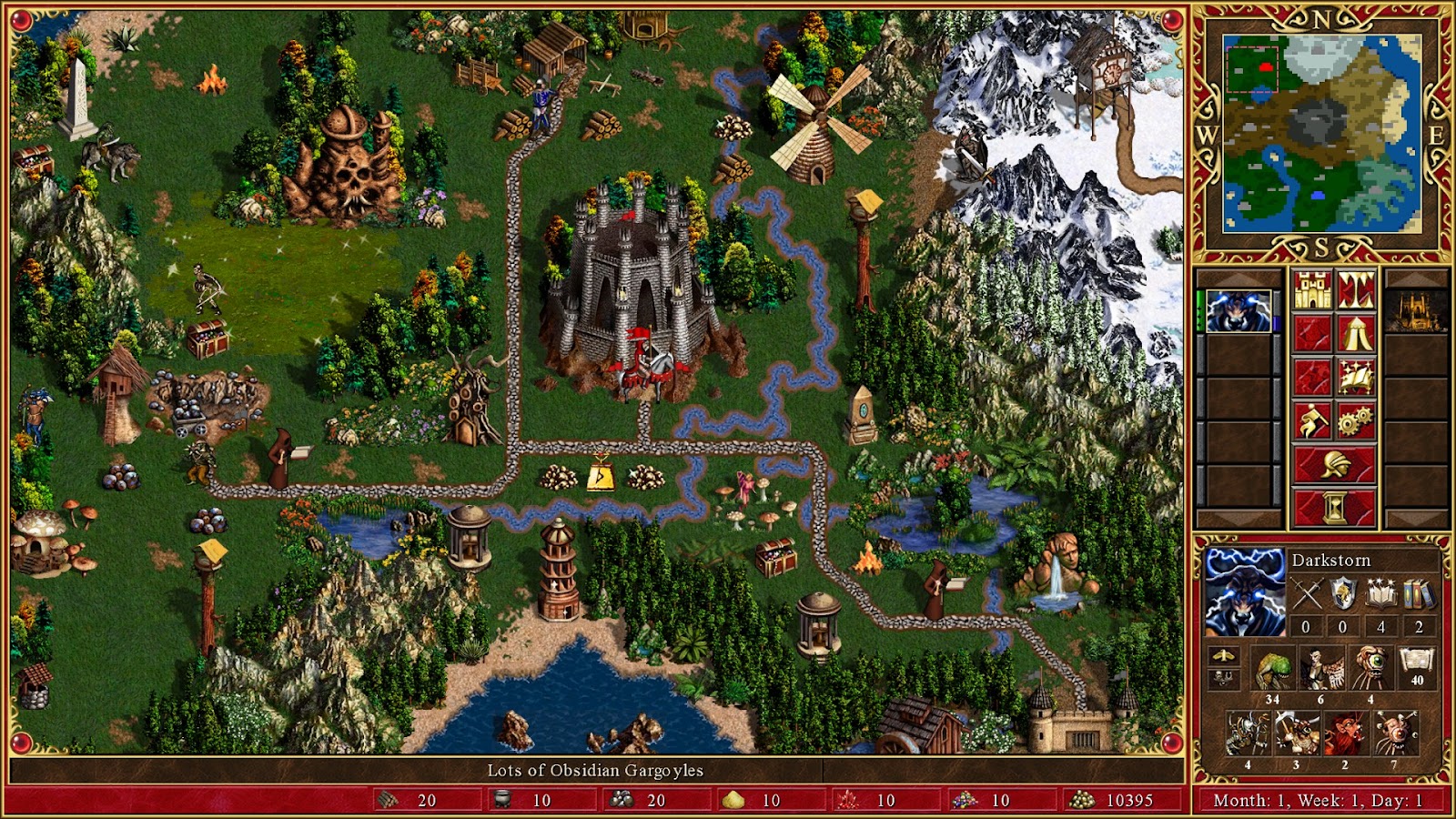 What's the best game ever made?

Seriously, I feel very nostalgic about Heroes of Might and Magic III. There’s probably no other game I spent as many hours playing.

TP: Oh boy, it‘s hard to choose only one... There are so many awesome games like the Grand Turismo series, FEZ, SteamWorld Dig, Legend of Zelda (all of them) and many more. But if I had to choose only one, I would go for Psychonauts.

EK and TP at the same time: Platypus! 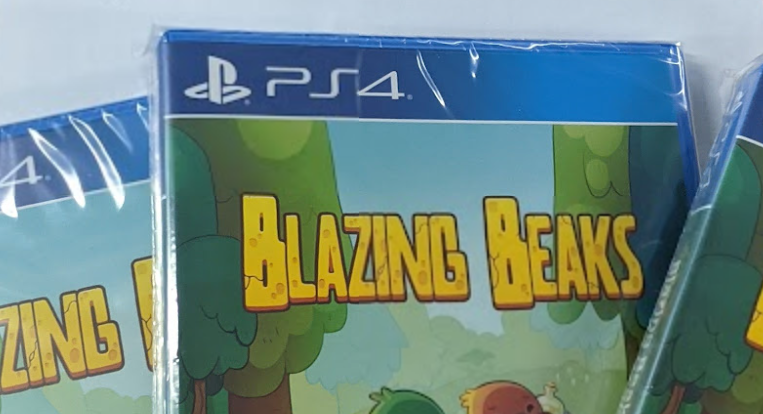 Finally, where can our readers grab a copy of Blazing Beaks? 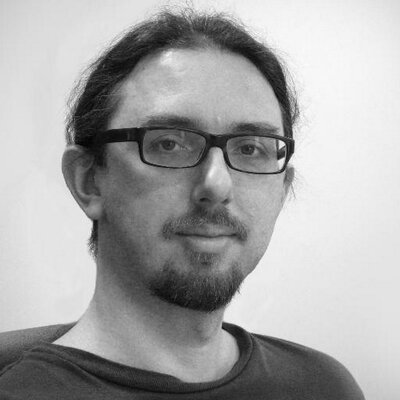 GameMaker's senior marketing manager Sam Roads is an award-winning game designer and former editor of Creative Screenwriting magazine. He was also briefly the UK #1 at Magic the Gathering, and lies in wait for the perfect opportunity to reclaim his crown.