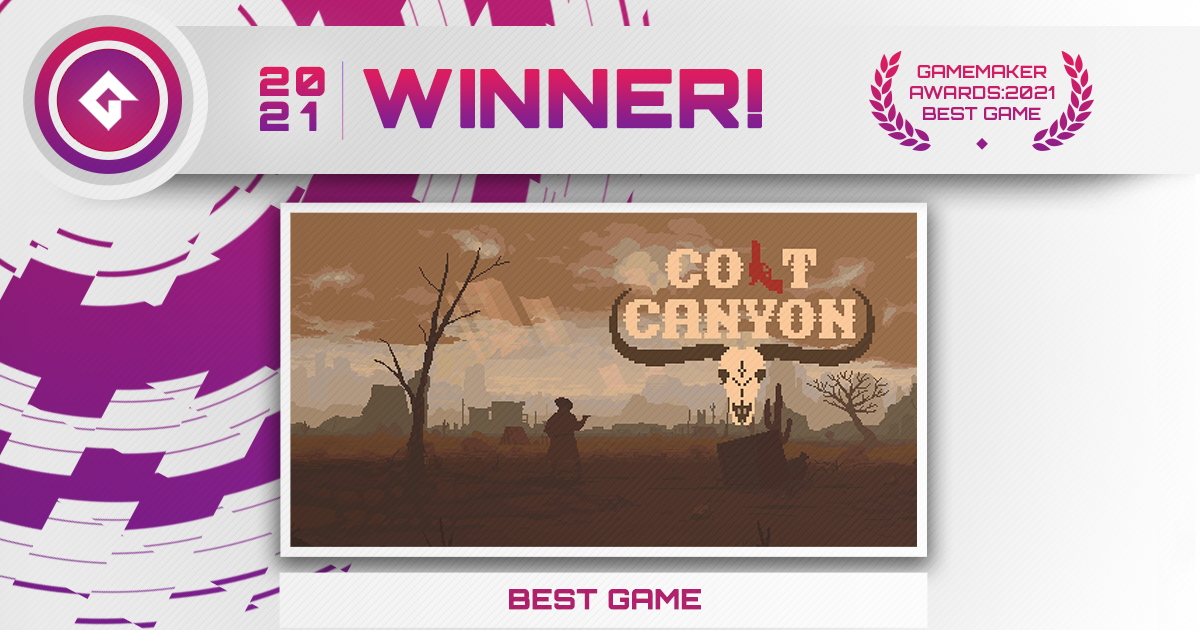 The judges have deliberated. Over 33,000 votes have been cast. The winners of the 2021 GameMaker Awards have been confirmed.

We can now reveal that Colt Canyon has been crowned ‘Best Game’ and LUNARK ‘Most Anticipated’ game of the year.

Russell Kay, CTO, GameMaker, said: “This year's GameMaker Awards has redefined what we’ve come to expect from the indies and studios that choose GameMaker as their creative engine of choice.

“Each of the finalists has demonstrated both amazing creativity, plus the technical ability to harness GameMaker’s powerful functionality to design a game that really pushes the boundaries.

“Given the incredible standard of this year's entries, I’m glad that the final decision was left in the hands of our loyal GameMaker and Opera GX communities.”

In the public vote, members of the GameMaker and Opera GX communities voted Colt Canyon the clear winner.

Jonathan Mannshoven of Retrific, said: "Colt Canyon wasn’t a bestseller when it launched last year. It wasn’t free from criticism either. But by working closely with the community, I’ve been able to make many improvements to the game which have helped turn a lot of criticism into positive feedback.

“Having all that hard work now paying off with Colt Canyon winning ‘Best Game’ at the GameMaker Awards 2021 is an overwhelming and surreal feeling - just incredible!

“GameMaker has always been my engine of choice as it’s just so easy to use yet also powerful, enabling me to reach maximum productivity, which as a solo developer is extremely valuable.

“Put simply - I wouldn't be a game developer now if it wasn’t for GameMaker.”

The other finalists for ‘Best Game’ included: 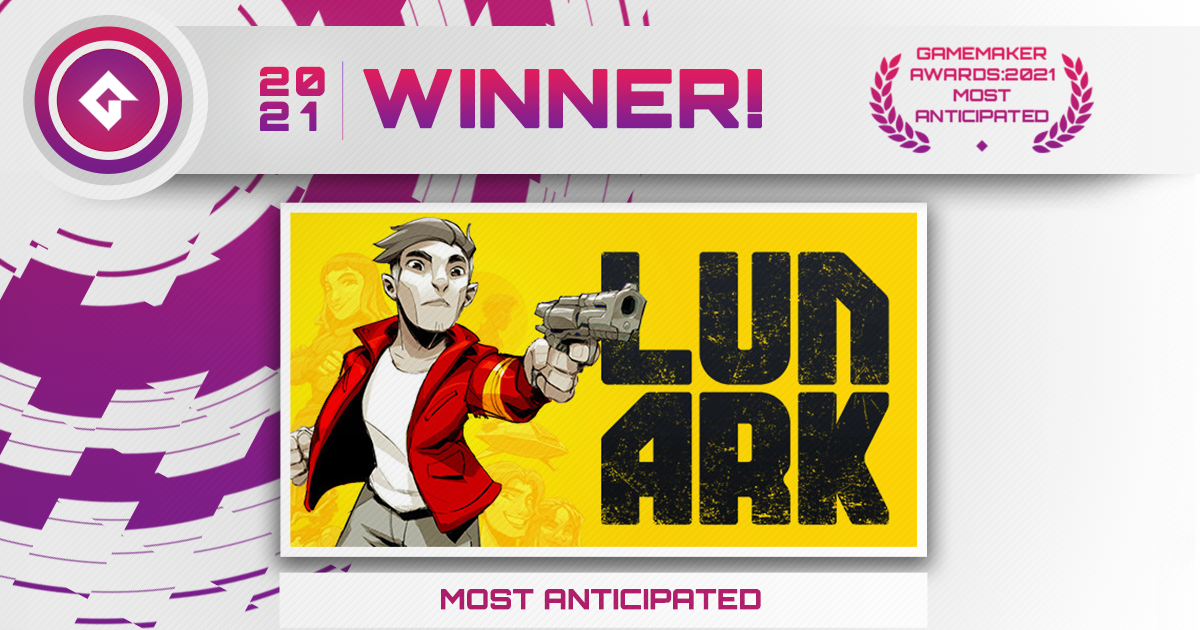 The winner of ‘Most Anticipated’ game is LUNARK, from Canari Games, a 2D cinematic platformer, designed in the vein of '80s and '90s classics.

The game challenges players to run, jump, hang, climb, roll, and shoot their way through a kaleidoscope of different environments. These include mysterious alien ruins, a flying penitentiary, a high-tech megalopolis, and a majestic forest.

The judges were blown away with how the Canari Games team pushed the creative limits of cutscenes and pixel art in GameMaker to create a game that is both visually stunning and great to play.

Set for release later this year, LUNARK also made a big impression with the voters - who overwhelmingly crowned it the ‘Most Anticipated’ game of 2021.

Johan Vinet of Canari Games, added: “LUNARK started as a passion project to create a game in the genre I loved in my youth. Making it a reality became so clear that I decided to quit my job, start my own studio and launch a Kickstarter campaign.

“Winning the “Most Anticipated Game” award is an incredible recognition from the players and the GameMaker Community, which brings some welcome legitimacy and a massive confidence boost to actually finish the game! Thank you!”

The other finalists for ‘Most Anticipated’ game included.

The GameMaker Awards, in partnership with SpecialEffect, a charity that uses video games to enhance the lives of those people with physical disabilities, celebrate creativity and innovation in indie game development, honouring the best games created using GameMaker as well as the Indies and Studios that designed them.

From over 200 entries, only five games for each category were selected by an expert panel of industry peers, including GameMaker CTO Russell Kay, Opera GX Product Director Maciej Kocemba, and Into Indie Games Editor Harry Cole. 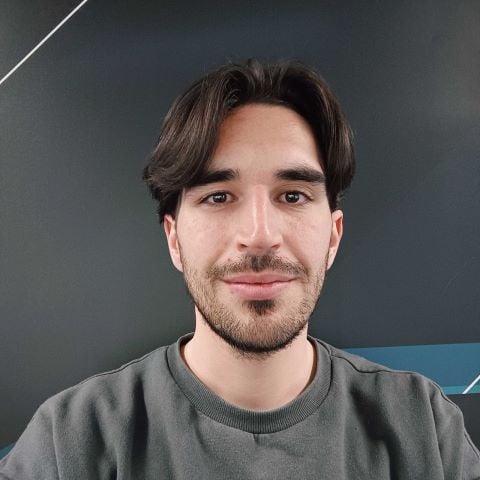