Taking Game Design From A Hobby To A Career 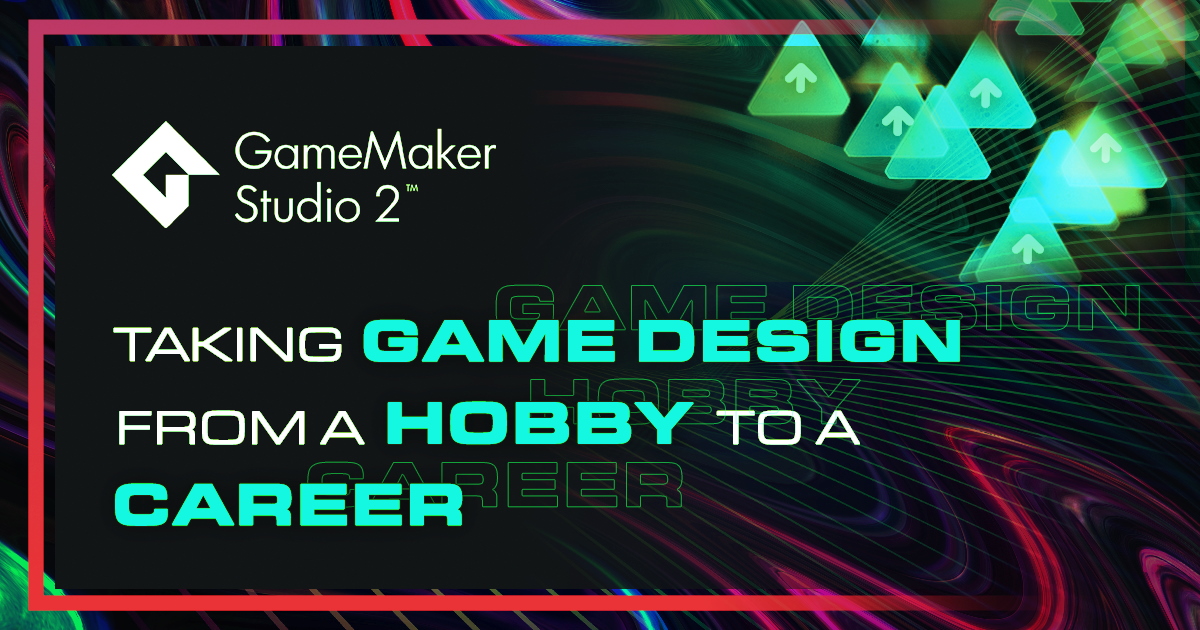 Almost a third of the world’s population now play video games, with the games industry generating more revenue than film and music combined. Unsurprisingly, careers in the industry are highly desirable.

Yet with demand for game design courses skyrocketing and the number of entry-level jobs often dwarfed by the volume of applicants, getting a game development job straight from college or university can be challenging.

But many aspiring developers take another well-trodden path into the games industry - one which doesn’t require a university game design degree. By starting off making games as a hobby, would-be developers are able to learn the fundamentals of game making at home, before deciding whether to try and make it as a professional.

So how difficult is it to go from hobbyist to professional developer? How can would-be developers maximise their chances of success? And what realities await those who successfully make the step-up?

“I was always advised against making games for a living in favour of a more stable job,”  says José Carlos Castanheira - Zarc Attack.

Carl-Frederik Wibroe, a developer working on the forthcoming RPG - Peachleaf Pirates had an unconventional route into the games industry following a career in army intelligence and then a stint in hospitality management, although Carl is the first to admit that making games is “much more fun than the hotel industry.”

After spending a year learning the basics with GameMaker Studio 2, Carl decided to take the plunge and make his first full game. After channelling over 10,000 development hours into his project his determination soon turned to success: “I had about 10 months of hobby experience before getting my first publishing deal and going full time.”

Working for a game studio like Carl is a popular career choice for many game designers, while others take the solo developer route, giving them total control over a projects entire creative direction and technical execution

Carl Pilon is the solo developer at Orange Pylon Games. For the last four years, he has been working on Abomi Nation, a roguelike RPG which is his first commercial release, launching later this year.

Having spent many years experimenting with game design, making videos and doing other creative media projects, Carl realised he most enjoyed making games as it enabled him to be creative without having to rely on anyone else.

But after graduating with a non-games related degree in Communications, he found himself on the horns of a dilemma. Play it safe and get a job he probably wouldn’t enjoy in Communications, or risk it all and throw himself into game making? “The two paths in front of me were to either pursue a traditional career or to take a chance on myself and trust that I could produce something successful with minimal experience, no savings, and no outside help,”  explains Carl.

Admirably, he chose to pursue what made him most happy, but admits the transition from hobbyist to professional hasn’t been plain sailing. “When I was working part-time on the game I was barely juggling rent, groceries, and student loan payments so life was pretty hard then,”  he confides. “I wouldn't exactly recommend anybody else try that path, but after four years of struggling, it seems to be finally paying off.”

Making games as a hobby is great fun and a wonderful way to express your creativity. But when making the step-up to professional development, hobbyists quickly realise the tough realities of commercial life. “Working full time as a game developer is very different from being a hobbyist,”  says game developer - ‘dietzribi’ , adding: “It’s a huge commitment. You need to take care of a lot of things that aren't directly related to creating the game, like marketing, business development and community management. Someone needs to do all that, and if it isn't you, it's probably someone that you need to pay in one way or another.”

Now in his third year of working as an indie game developer, dietzribi realises just how important patience is to the overall development process: “When you're working on a commercial project, it takes a lot longer than something that you do for fun. You have to work on the same thing for months, probably years. You'll sometimes get sick of it. You won't feel inspired, you'll want to try something new. But you have to keep working, even when you feel uninspired.”

Game developer Eli Segal, creator of the upcoming and exciting survival RPG, Wanderlost, also strikes a cautionary tone when discussing the realities of turning professional: ”Professional game development can be incredibly fun and rewarding but it is also hard and often frustrating work," he confesses, adding: “Thinking through ideas for games is not the same thing as developing games. I don't say this to discourage anyone, I wouldn't trade what I do for anything but I think game development as a field can be romanticized and expectations should be tempered to avoid disappointment and burnout.”

Making the transition to pro doesn’t happen by chance. It takes passion, creativity and a huge amount of determination and self-belief. You also need to have money to survive on whilst your game is being developed. So what can you do to maximise your chances of success?

“It’s important to have realistic expectations and you have to have a plan”  advises dietzribi. That might sound obvious, but it’s a belief strongly shared by Eli Segal: “Being well-organised and disciplined pays its own weight ten times over.”

However, developer Gabe ‘lazyeye’ Weiner, known for his work on the award-winning open-world adventure game, Forager, urges would-be developers to savour their time as hobbyists. “I think the most important thing is to maximise the amount of time you can practice game development without it becoming your sole source of income,”  he says, adding: “Once it is, you'll have a schedule with real consequences that will ultimately force you to finish tasks as fast as you can. That's a tremendously important skill, but there are other important areas of game development that are not best attained in an environment like that.”

At the end of the day, being a successful game developer is about being able to create successful games. As a result, José suggests that aspiring developers look at the numbers and have some form of proof before attempting to make the leap. “If the goal in going pro is to be a solo developer and sell your games directly to customers, be sure you already have a following and support for the games you already have out and all the skills necessary not only to make the games, but also how to market and sell them."  He adds: “Figuring this out as you go as a professional developer, can really weigh on the motivation you need to reach certain goals, so it's better to experiment with launching small games during the hobby phase.”

Making the transition from hobbyist to professional developer can be hugely rewarding, but it’s not without its challenges. The hours can be long. The work repetitive. And juggling the various tasks needed to make your game a success can be overwhelming.

But being able to make a living doing something that you truly love and enjoy, is a dream only few get to achieve. As Chinese philosopher Confucius famously said, “Choose a job you love, and you will never have to work a day in your life.”