Turning My Hobby Into a Job - Toroom 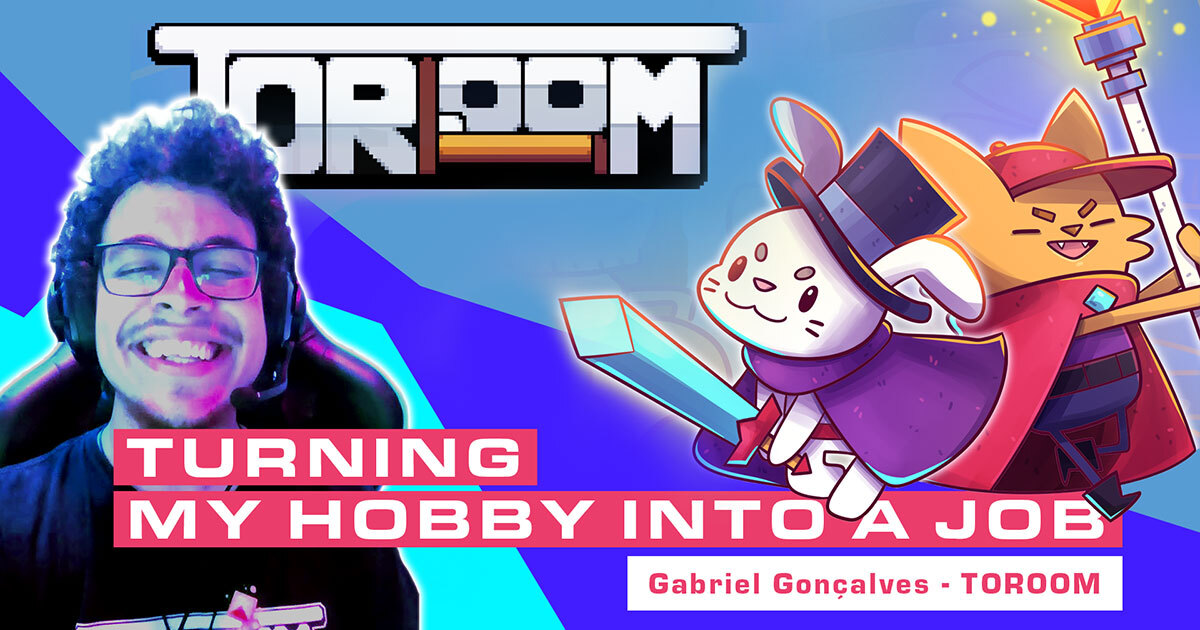 At 21 years old Gabriel Gonçalves, known online as Gagonfe, can already boast an impressive number of created and published games. Although he only started his adventure with GameMaker two years ago, he uses each moment to improve his skills as a game developer. During our chat with Gagonfe we discussed his smash-hit game, Toroom, a procedurally-generated roguelike, where you play as a character trying to return to their bedroom after waking up in a strange new reality. We also asked about a new title he’s working on and the woes of waking up early in the morning.

How do you feel about Toroom's popularity on GXC?

It's amazing! My dream was always for people to have fun playing my games. Making them just for myself wouldn't really count as game development, would it? The launch of GXC was a great opportunity for more people to see and play Toroom, and I’m happy to see that it really took off there!

Let’s go back to the very beginning. How did your adventure with GameMaker start?

It all started with my friend, two years ago. I attended a course, which he was teaching, and got a recommendation to start using GameMaker. Since I wasn’t doing anything productive with my time, I decided to give it a go.

I had no background in coding and never used another game engine, so GameMaker was my first real experience with game development and I’m glad for it. I was worried using it would be too difficult and I’d lose motivation, but that was never the case. Before I knew it, I started my own games, participating in game jams and even published several games on different platforms!

What encouraged you to keep using GameMaker after that initial meeting?

The fact that it's easy to pick up and start learning. With GameMaker, making games is not only simple, but also fun. Of course there are some features I'd like to see added to GameMaker, like a layout which would allow you to see the game particle system, instead of having to build a game from scratch to see how those are working. It would be great to see support for 3D, but that's something for the distant future. 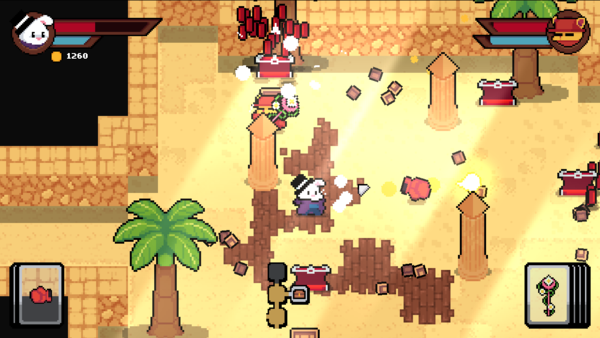 What’s the exact number of games you’ve created so far?

There were a lot of those, but I only count the six I managed to release and share with everyone as “proper” games. The rest was mostly there for learning and improving my skills.

Did Toroom benefit from all the learning you did with your other games, which weren't published?

Oh yes! I definitely improved the way I go about polishing the game for the final release. Players might not notice any of it while they're playing, but having your game properly optimized helps a lot later down the line.

Do you usually work alone?

It depends. Right now I work together with two of my friends - a musician and an artist. Most of the time it's just the three of us working together on all projects, but sometimes I also commission people for additional sound assets and so on. 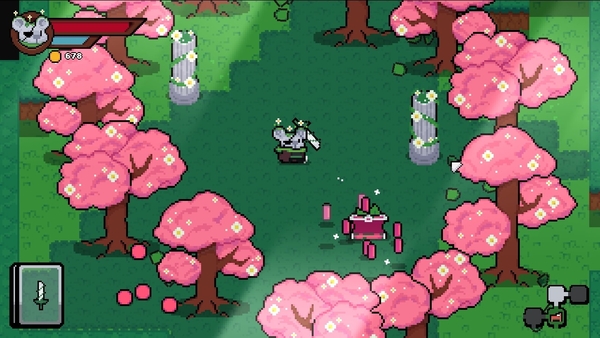 What are your favourite parts of game development?

I usually have multiple ideas for cool game mechanics and boss fights. Fleshing them out during the planning stage and then programming them into existence feels super rewarding. Things like writing and translating are less interesting for me, but me and my friends still find ways to make it fun for us, even if we struggle.

What's your goal as a game developer? What kind of games do you want to make?

I want to keep making games that I find fun. I want to continue making my little games with my friends with silly characters, cute stories and funny mechanics, and then share them with people. I want for my team and myself to keep improving and make even better games.

Is making games for you a way to earn money, or a hobby?

It started as a hobby, but things were going really well financially. Since I was able to support myself I could continue investing in my skills, and improve my games. This in turn brought me more money, so suddenly I could pay people to work with me to make my games even better. It's great that my favourite hobby can also be my job - it must be a dream for many people! 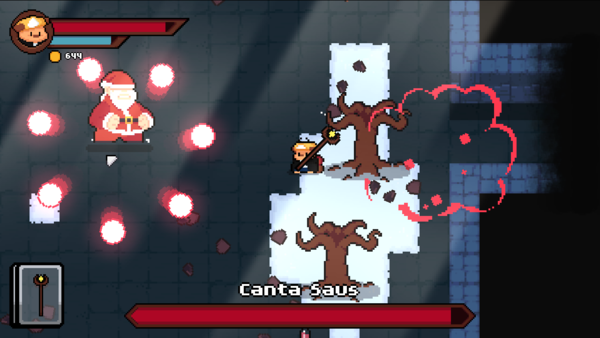 What is it about Toroom that you personally find fun?

The best thing about Toroom is that it can be played in multiple ways. Though it has only three biomes, there's a lot of variety. You can choose different characters with their own abilities to play with, the dungeon itself is always different since it's procedurally generated, and even the random equipment and weapons you pick up can have a huge impact on your gameplay. Besides, I love its cute characters! Kotaka, the koala bear, is my favorite.

Toroom is also available on the Nintendo Store. Was the process of porting your game to a new platform challenging?

Oh yes. Porting itself is not the only thing you need to do, you also have to publish and market the game and that can be challenging for a solo dev or small studio.

I decided to contact a publisher to help me out and I recommend this for any beginner. They are usually very experienced when it comes to porting and publishing, making the entire process much easier and less stressful. Me and my team would rather focus on improving as game creators, but one day we'd like to publish our games ourselves.

I'm currently developing a new game Doomed to Hell. It tells a story of a character who was sent to Hell, which is currently suffering from a massive overpopulation. To deal with this, the Devil himself decided to offer an opportunity for one person to return to life, in exchange for defeating all the other monsters.

The player character will have many different items and abilities at their disposal, which will make this task easier, but not easy. It's another roguelike, since it’s my favorite genre. The plan is to release it soon on GXC, Steam, and maybe Nintendo Switch, so fingers crossed! 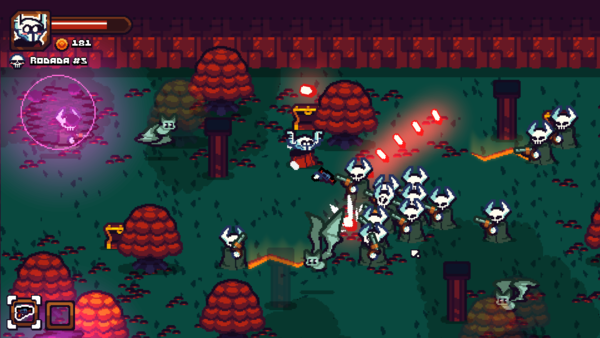 Doomed To Hell by Gagonfe

Is GXC a good alternative for publishing?

For sure, especially since publishing games on GXC is very easy. One of the objectives of GameMaker is to make game development simple, and GXC sits into that perfectly. It's great to see how little you have to do to actually have your game ready for others to play, but since it’s still in beta, it could use more features. Comments and reviews from players would be very welcome and some way of monetizing games wouldn’t hurt.

The goal of Toroom's player character is to return from this alternative reality to their bedroom and wake up. Is that a reference to your daily struggles with getting up early in the morning?

(laugh) Not really, but I can see why you'd think that!