GameMaker Update: What’s Coming To GameMaker In 2022 And Beyond? 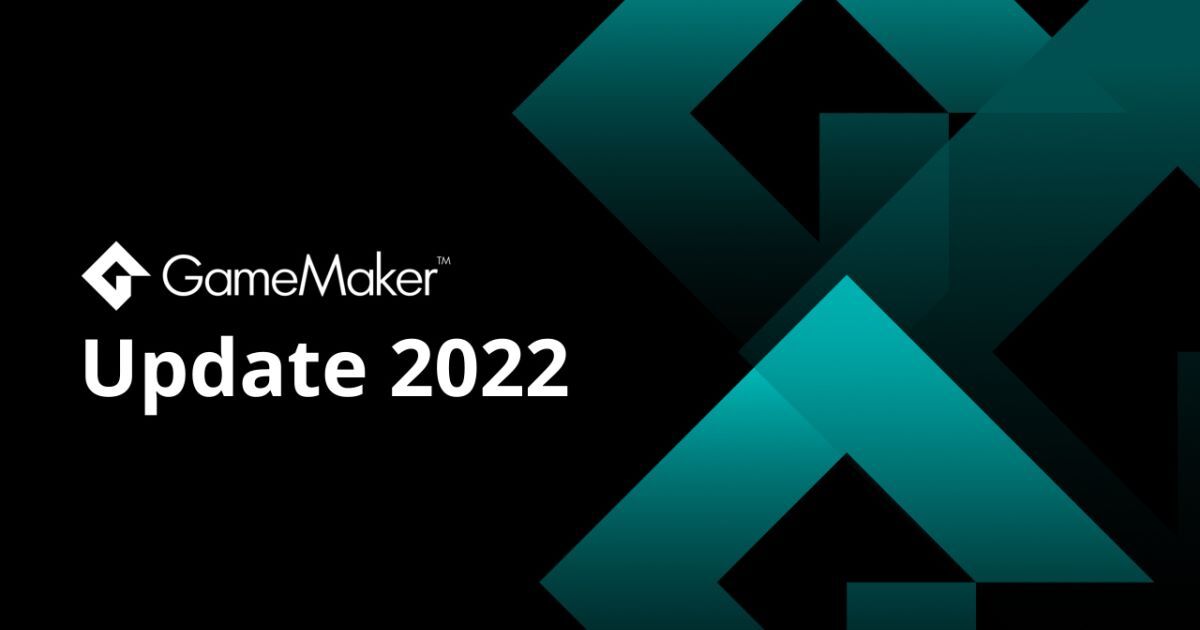 On April 21st, we shared our first-ever GameMaker Update video. It was kind of like our own version of a Nintendo Direct, except we spoke less about game announcements and more about prefabs and GUI layers.

Here are some of the biggest additions and improvements that are coming to GameMaker in 2022 and beyond.

Light the torches - GameMaker is getting its own Particle Editor!

Our community have been requesting an in-house Particle Editor for GameMaker for a while, and we’re delighted to be able to bring it to GameMaker in 2022.

With the Particle Editor, you’ll be able to create as many particle effects as you like, add them to your games with ease, and still be able to see them within your Room or Sequence before running the game.

We know some developers in our community just want to master one version of GameMaker without having to worry about new features disrupting their workflow.

We’ll be releasing a Long Term Stable (LTS) version of GameMaker later this year to support those looking to practise GameMaker monogamy.

The LTS version won’t receive new feature updates like other versions of GameMaker during its two-year lifecycle. Instead, the LTS will only be updated to address critical bugs, security issues, or critical SDK updates.

The LTS version of GameMaker arrives in August 2022.

We’ll also be introducing a library of components that you can use to create your very own UI.

You’ll be able to add multiple GUI layers within the Room Editor, which can all be made visible in any room if you’d like them to be. You'll be able to add instances within a GUI layer, and mouse input will come from GUI space so events work as expected.

The Room Editor will also allow you to add text, much like text in Sequences, and you’ll be able to add StackPanel and GridPanel containers.

All of these improvements will allow you to create the most responsive UI possible. We’ll be delivering these components for use in the UI in an expanding library, much as we currently do for Filters and Effects.

Time to dust off your spare controller, because multiplayer is coming to GameMaker!

We’ll be adding multiplayer support directly to the GameMaker engine, with Rollback multiplayer implemented right out of the box.

GXC users will be able to make multiplayer games for free, and we’re also looking into a paid option for other platforms.

We gave everyone a tantalising glimpse at our new Runtime during an FAQs session last year, and while we’re not quite ready to reveal all, we can offer you another exciting update.

First of all, we have a new toolchain; a new compiler for code and assets that allows us to improve the extension interface and simplify language interoperability.

We're moving from WebGL to cross-platform GPU interactions and providing a WebGPU interface. Not only is this the new standard for browsers, but it also gives us expanded GPU usage, allowing for texture formats, surface buffer formats, and much more.

We’re also beginning to investigate model loading and improving our 3D support, but we’ll talk a little bit more about that in the future.

You heard that right! A wave of audio improvements are heading to GameMaker in 2023, including:

We’ll be adding our own Audio Editor to GameMaker which will allow you to visualise waveforms and modify samples within the IDE, including adding loop points and markers to your audio.

We’ll be making audio improvements to our Sequences and Mixers, too, and introducing FMOD support with a brand new runtime extension and library.

There’s plenty more coming to GameMaker in 2022 and beyond, and if you’d like to learn more about our plans, check out the full GameMaker Update 2022 video that’s available on our YouTube channel.

The GameMaker Roadmap has also been updated to include all the of the announcements we made during the Update.

We’d like to thank our passionate community of game developers for helping inform the future plans of GameMaker, and the areas of our game engine that you want to see developed further.

We can’t wait to share all of these updates with you.