Create Multiplayer Games Faster Than Ever With Latest GameMaker Beta 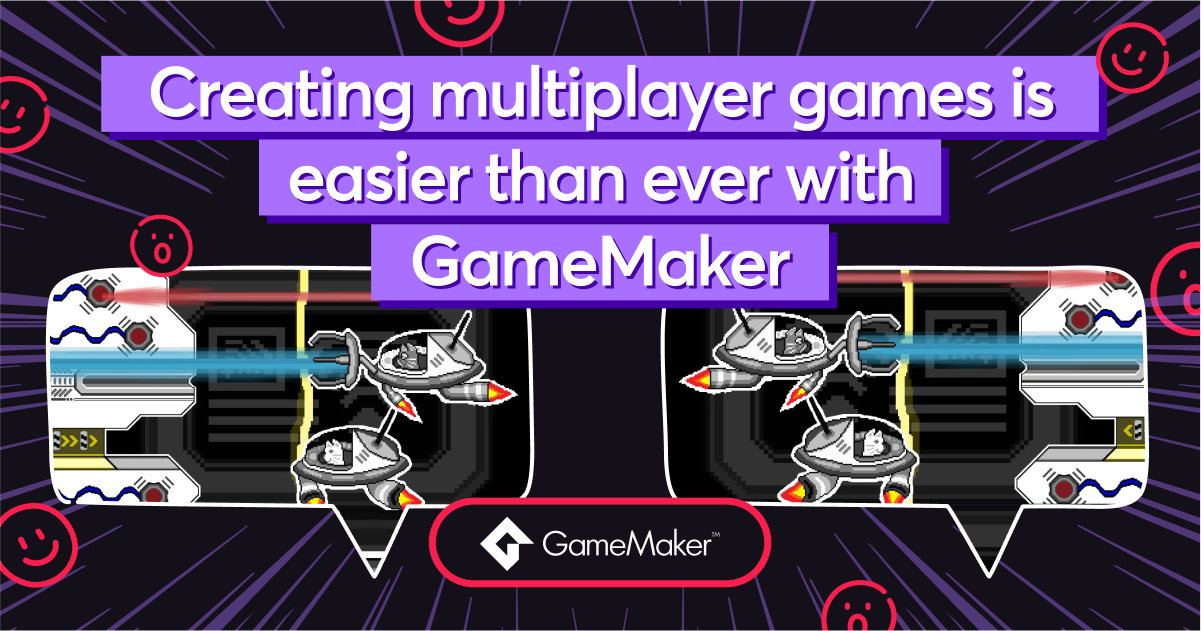 Want to bring more players to the party? With the latest multiplayer support update from GameMaker, it’s now easier than ever for you to make your next big game a multliplayer title - and you can even publish it for free on GX.games in just one click!

"Whether you’re an experienced creator or just starting out on your game design journey, it’s time to get your multiplayer party started!”

How does multiplayer work in GameMaker?

Although possible in previous versions of our game engine, this update makes it easier than ever before to create multiplayer games with GameMaker.

Rollback netcode is the most developer-friendly way of enabling online multiplayer gaming connections, smoothing out laginess to create a player experience that feels more responsive and instantaneous.

With GameMaker’s fully managed multiplayer servers, there’s no need for creators to spend time programming server-side code. Combined with GameMaker’s simple and flexible IDE, it’s now possible for anyone to create and share a playable online multiplayer game in just a few hours.

And that's just the beginning. As first revealed on our Community Forum, a raft of additions are coming to multiplayer in the coming months, including:

Since the launch of GX.games last year, users have been able to access and play hundreds of single player games created by GameMaker creators of all levels.

With the launch of multiplayer support, Opera GX users will now be able to play the latest multiplayer GameMaker creations, either with their friends or via matchmaking with other players.

Initially, creators will be able to publish their multiplayer games on GX.games, where sharing from GameMaker has always been free and as easy as just one-click. Sharing to other platforms like mobile, PC and console will be available later.

Multiplayer features are available now in the latest beta release of GameMaker.

How to create an online multiplayer game with GameMaker

Check out our “How to create a multiplayer game” guide, or follow along with our tutorial video.