Level Up Your Visuals with Filters & Effects 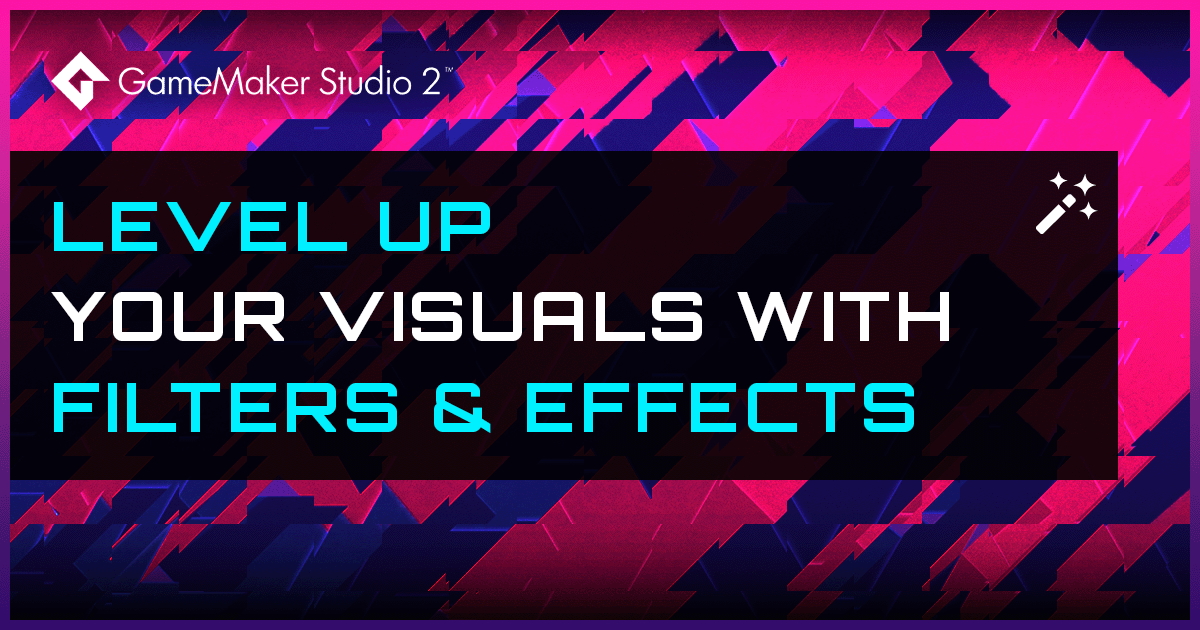 GameMaker Studio v2.3.6 brings some exciting, major additions to your favourite game engine, such as a new, streamlined Start Page, Template Projects, and the topic of this tech blog: Filters & Effects! In this blog we will explore this new functionality, learn how to use it in the IDE and through GML, and look at some attractive visual effects you can implement within a minute to make your game prettier!

in the Layers panel to add a new "Filter/Effect" (or "FX") Layer. This will allow you to select any one of the filters/effects provided with GMS2 and apply them to the contents of your room:

The following Filters/Effects are present in GMS 2.3.6:

Now because rooms have a "layer order", i.e. your layer can be above or below other layers in the list, an FX layer will only apply its filter to layers that are below it: 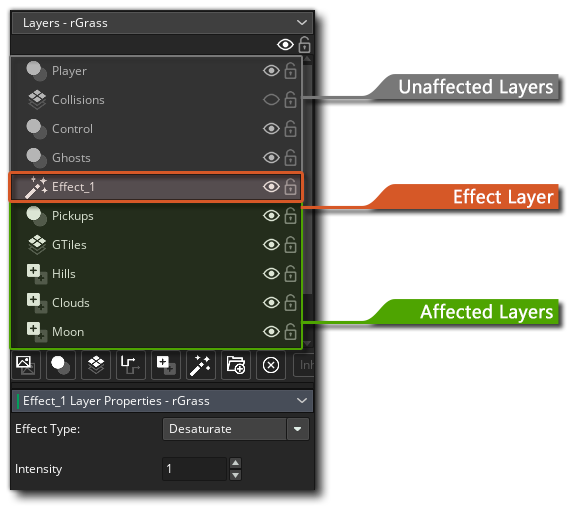 Selecting a filter in an FX layer will show you its properties that you can edit to change how it looks; for example, the "Screen Shake" effect allows you to change its Magnitude, Shake Speed and apply a texture for the shaking movement: 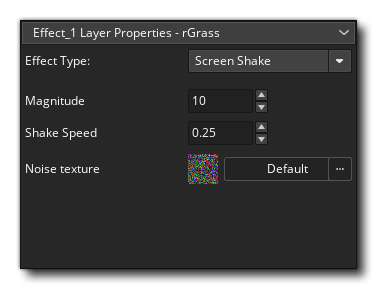 Here's the real power of FX layers: you can set up and manage Filters/Effects in real time through GML code to display filters dynamically and achieve the results you want!

You can use the following functions, among many others, to manage Filters/Effects through GML:

Read this manual page to learn about the various functions that have been provided for working with Filters & Effects.

This is the scene that we'll be working with: 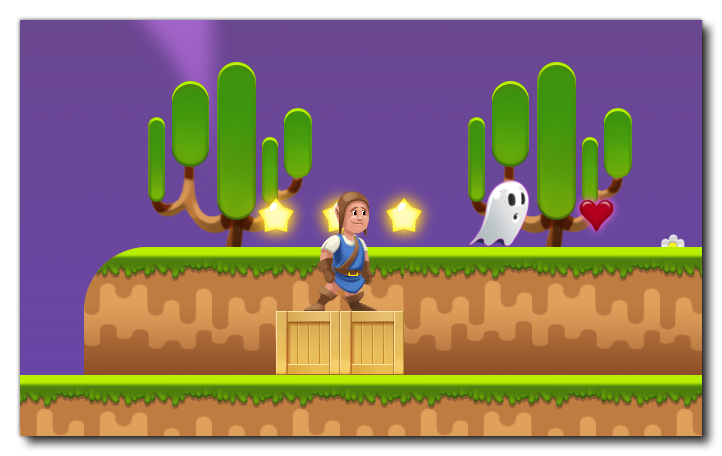 It looks nice, but it would be better to have depth so you can see what's in the foreground and what's in the background. Let's add a new Filter/Effect layer and implement fog!

You can get a fog effect by using the "Colourise" filter, selecting a blue-ish colour (adjust it to your liking) and using a lower intensity value.

Of course, you will need to ensure that it's placed at the correct level in your Layer Order so that it only affects what's behind the player and the foreground.

Making high quality games is all about having blurs! Well, it isn't, but it surely does contribute!

You can add a new FX layer for this, select the "Large Blur" filter and adjust the radius to your liking:

You can always add multiple levels of depth by adding various blur layers at different places in the Layer Order.

This is essentially screen shake that you can control at will through code -- that is what you will most likely want anyway, as no one wants to see a perpetual screen shake effect till the game ends.

At the top of your Layer Order, add a new FX layer and apply the "Screen Shake" filter to it. Set the Magnitude and Shake Speed to 0 as we'll be controlling these through code. 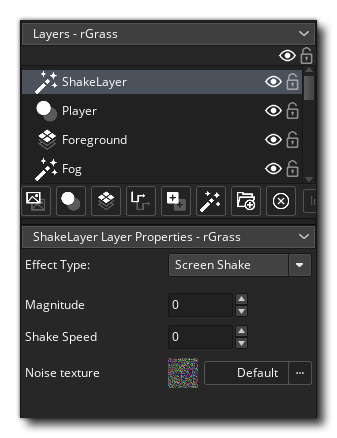 Add this code to the Create event of your controller/manager object (or create one) to save some variables we'll require:

Now in the Step event, we'll add code to apply these values to the shake FX and make sure that the magnitude falls down to 0 whenever it's higher than it:

The first part applies our magnitude and speed variables to the parameters in the FX struct, and the second part makes the magnitude fall toward 0 when it's higher than it.

Now in the same event, we'll add some code to test our screen shake:

Now run the game, press the test keys and you will see your Dynamic Screen Shake in action!

There is much more you can do, with all of the filters and effects provided with GMS 2.3.6 and the accompanying GML functions! As always, read the manual!