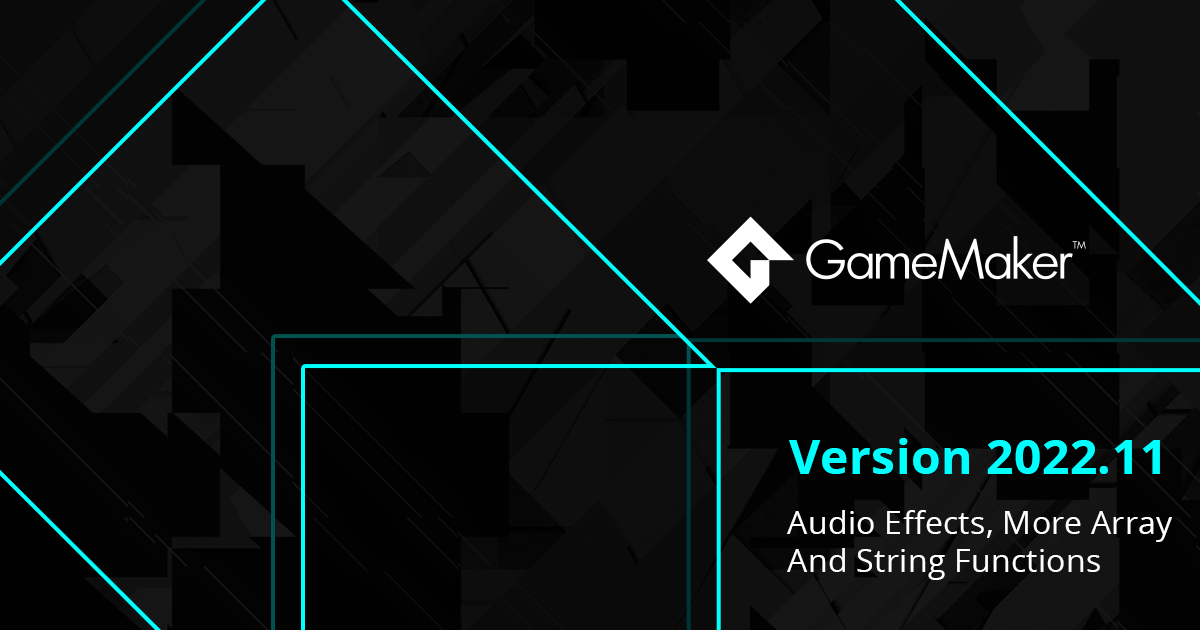 Add audio effects to your game with GameMaker 2022.11. Unlock the true potential of arrays and strings with new functions.

There are some new handy array functions for you. I’ll highlight my favourites here:

These new functions will let you read and manipulate arrays in new and easier ways. You can iterate through an entire array, or just a part of it, either forwards or backwards.

Some array functions also have _ext() alternatives, which modify the source array instead of returning a modified copy. These have less performance overhead, resulting in faster processing when you have a large number of arrays to modify.

These new strings functions make reading and modifying them easier.

The string() function has been upgraded. It now lets you create a “template string” with placeholders, and insert values into those placeholders:

This will result in the string: “My three favourite numbers are: 4, 10 and 36!”. There is also string_ext() which takes an array with your values, instead of separate arguments.

show_debug_message() was also updated to support template strings, just like the string() function.

There are some new string functions I really like:

Read all about these string functions in the manual.

When you’re installing GameMaker for the first time, or updating your runtime, you’ll now see a window asking you which runtimes you want to install: 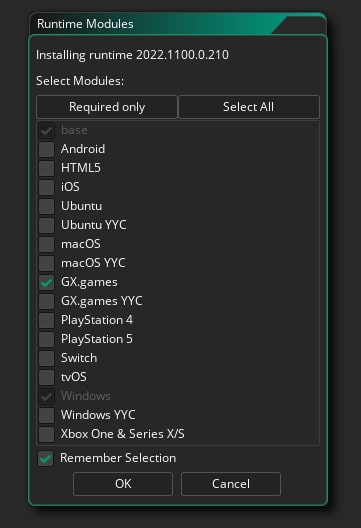 This saves your disk space by letting you only install runtimes you are using.

You can change your installed runtimes by going into Preferences -> Runtime Feeds -> Modify Current Runtime Modules. If you don’t have a runtime installed, you’ll be given the option to install it when you select it in the Targets window.

The crème de la crème of this release: audio effects!

You can apply the following effects to any sounds playing in your game:

More effects will be added in future versions.

You can easily apply an effect to all the sounds in your game, by applying it to the main bus:

To apply effects to only particular sounds:

Every sound played through your emitter will go through your new bus, which has the effect applied to it. Your own buses in the end go to the main audio bus, so any effects applied on main will be audible on other buses too.

The route for the jump sound played in the code above looks like this:

If you need to play a sound through an emitter/bus combo multiple times throughout your game, create the emitter and bus once (e.g. in a Create event) and destroy/free them when no longer needed (e.g. Clean Up event).