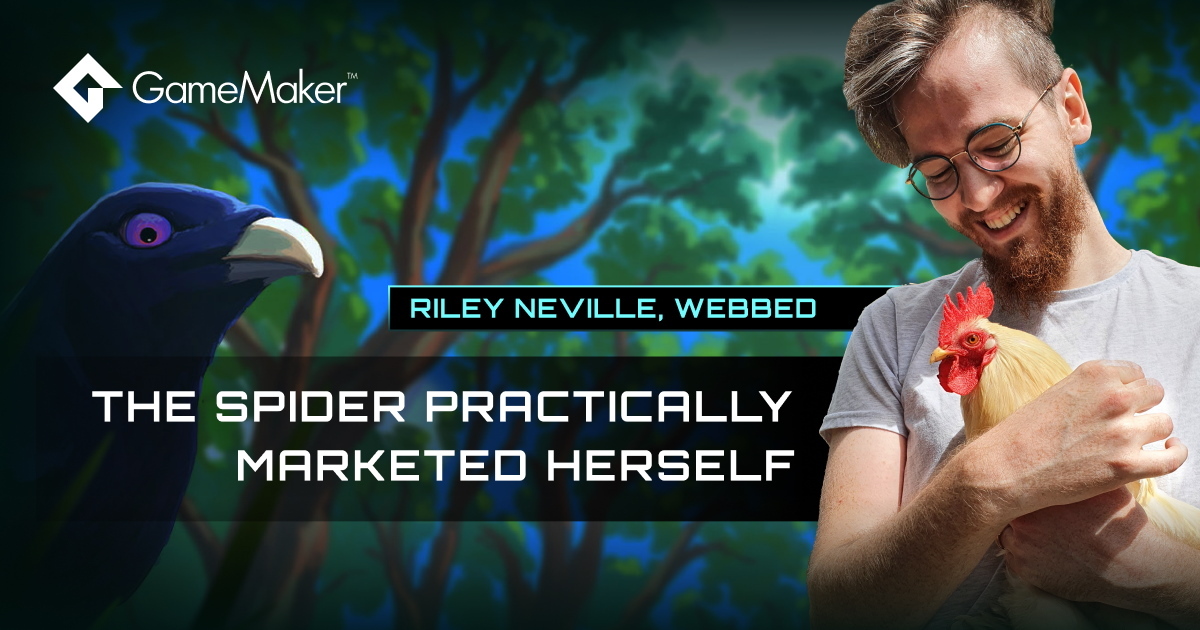 Riley Neville is an indie game dev based out of Queensland, Australia. Their studio, Sbug Games (pronounced like snug, not ess-bug) skittered their way into our hearts with their bugtastic game Webbed, which follows the adventures of a happy little spider on a quest to save her boyfriend from a mean bowerbird.

During our interview, we asked Riley how to market a game about a spider, their stance on accessibility issues, and what kind of dance spiders like the most.

I’ve been interested in game development since I was a kid, and I had a lot of fun making games in highschool programming class on an early version of GameMaker.

I did computer science at uni and spent a few years as a full-time web developer before seriously picking up game development as a hobby.

After experimenting for a while, I started to get some traction online with my first game Stab Stab Stab!, and decided to spend all my savings on a big swing at becoming a professional indie developer.

Most of us get into game development for the love of the art, but if you’re a freelance indie developer or part of a small company, you’re going to end up doing businessy stuff way more than you expect.

I’m trained in programming, and I’ve been doing art as a hobby all my life, but I’m still very new to the business side of things and I really jumped in at the deep end by starting a company.

To anyone else just starting out with this: get help ASAP!

What inspired you to create Webbed?

I started off trying to recreate the main movement mechanics from Just Cause 2 in 2D (which is why the spider has laser eyes), and quickly found a good direction by expanding what you could do with a grappling hook.

My friend Noah Seymour was already making a goofy spider game called A Mess of Legs, so that’s probably where I got the idea to make the protagonist a silly little spider.

Once Noah joined the project as level designer, we developed the concept a lot further. 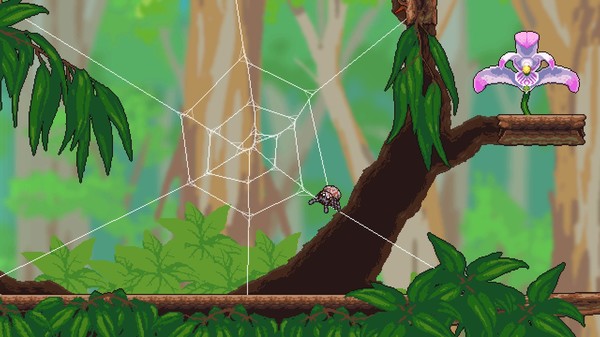 Example of the web mechanic in Webbed

Why did you pick Queensland, Australia as the setting for Webbed?

It’s where Noah and I both live and there’s a lot of beautiful nature and cool bugs. It kinda just made sense to set the game in the sort of natural environment we’re most familiar with.

Noah also has this big book of native Australian spiders that they got to use as inspiration for some of the NPCs.

Was marketing a game about a spider difficult?

Honestly, the spider basically marketed herself!

I think people are really sick of spiders always being the enemy in video games. They’re cute and everyone knows it! Cute mammals have had their time in the sun and now it’s the arthropods’ turn.

Webbed has some accessibility features, such as arachnophobia mode. What is your general stance on featuring such facilitations in games?

The arachnophobia mode in Webbed is a nice thing to have for a few people who really can’t look at spiders, and it really only took a day or two to implement. Plus it’s fun for people who don’t mind spiders too.

There are other engines like Unity that you can wrangle into making some fantastic 2D games, but because 2D isn’t the focus of the engine, you end up fighting with it to do things in a way that makes sense for a 2D project.

On the other hand, there are some engines focused on making very specific sorts of 2D games, but that don’t have the flexibility to pivot if you want to add more advanced features.

I’ve found GameMaker has the right balance of constraints for me to focus on the sort of games I’ve wanted to make, while still being flexible enough to do cool stuff like procedurally animated characters and web physics. 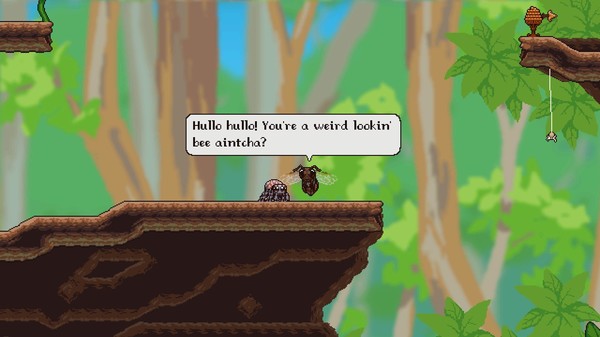 The physics and web mechanics of Webbed have been well-received. How did you find developing them in GameMaker?

While GameMaker’s in-built physics system isn’t necessarily the simplest to use for beginners, with a bit of programming knowledge and a lot of experimentation, you can get some really good results.

Developing the web mechanics and player movement controller was a process of constant iteration and a lot of playtesting. If you go back to the original prototype on itch.io, it feels really sluggish and imprecise, but for the amount of time it took to build I’m still really happy with it.

It’s nice to have that as a comparison point to see what almost two years of tiny tweaks can do to improve gameplay.

What area of GameMaker would you most like to see improved?

There are a few black-box systems in GameMaker that can be pretty hard to get to do exactly what you want. I’m talking physics, audio, and particle systems - those are my bugbears right now.

The direction wiggle on particles is too fast and there’s no way to control it, which means I can’t make nice slow snow particles!

I want to put a low pass filter over all the audio to muffle it when underwater, but the audio system is far too basic.

Oh, also support for hex based and isometric tile grids would be pretty sweet. Please and thank you.

Do you have anything to share about future projects?

Yes! I am making a new game called Wirm, where you play as a worm. You can dig through stuff, wiggle about, and you have a cute little smiley face that goes :O when you fall off a rock.

I don’t know exactly when it will be done, but stay tuned!

Is the Lady Spider’s favorite dance a tantarella or is she more of a tango bug?

She will dance to any music you throw at her, but the only move she knows is the wiggle-arms. She’s really good at it though. 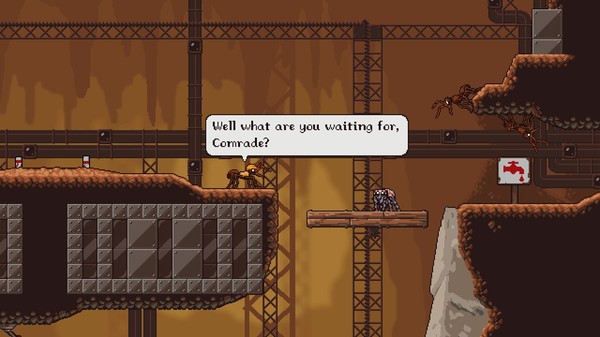 Bug solidarity at its finest