Best Kickstarter Games And What Made Them A Success 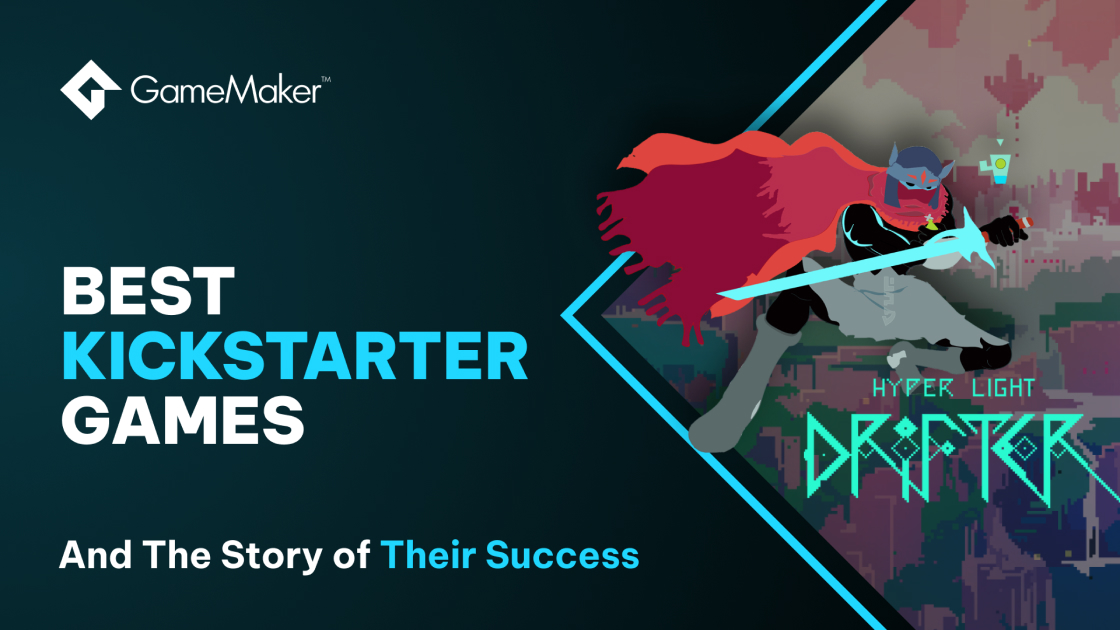 Can you imagine dreaming up a game with your friend, then launching a Kickstarter and actually getting enough money to bring it to life?

In this article, we ask three questions: 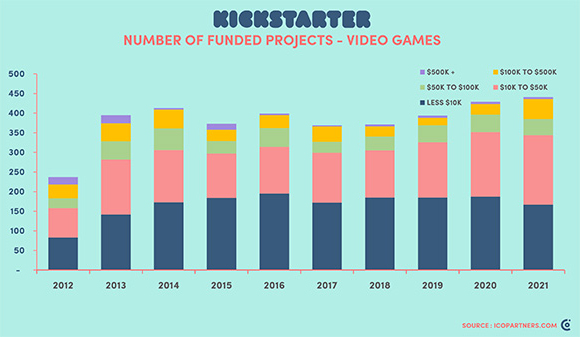 How To Be Successful On Kickstarter

If you’re itchier than a tapeworm trying to save their flee friends from music-related destruction, then here are key takeaways from this article. To have a successful Kickstarter game, aim to:

You can also read more about how to successfully run a video game crowdfunding campaign to get more in-depth analysis. 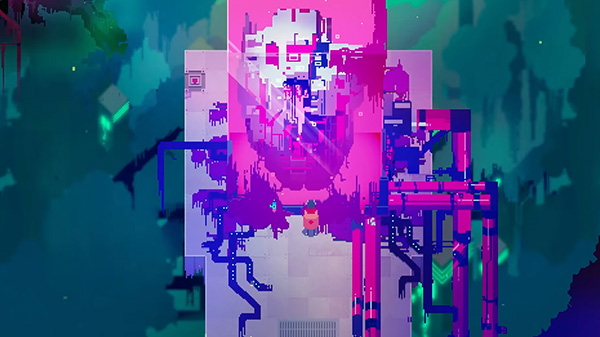 This enchanted golden apple of a game doesn’t need much introduction. Minecraft is the biggest video game in history, and it started with just one man's successful Kickstarter campaign.

Minecraft’s game developer is Markus ‘Notch’ Persson. When he was in school, career advisors told him he’d likely never become a game developer, but his dreams were realised when Minecraft raised $210k with the help of 3,500 backers. After the campaign, Persson sold Minecraft to Microsoft for a whopping $2.5 billion.

Since then, Persson’s sandbox world has even grown to influence education and politics.

The Uncensored Library was created within Minecraft by Reporters Without Borders. It’s an in-game library that anyone can access anywhere in the world, containing books and news coverage that have been banned by oppressive governments.

Mojang, the video game development company that owns Minecraft, has also released Minecraft Education. Companies like Super Schooled use this to host virtual classrooms where they teach their students subjects like English language and Maths within the game world. 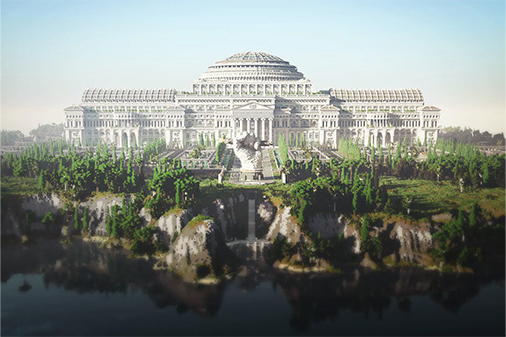 The Uncensored Library is made out of Minecraft blocks. Source: The Verge

Why Was Minecraft A Successful Kickstarter Game?

Successful Kickstarter games often feature an innovative mechanic. Minecraft’s world is an infinite AI map, which is different every time you play a new playthrough. This was unheard of in 2011.
It also has no goals or ‘finish line’: instead, you explore, craft, and survive alongside a relaxing soundtrack. This is unlike many of the contemporary games at the time where adrenaline-fueled explosions and quick reactions were the norm.

The importance of this new mechanic was recognised in 2014 by the School of Game Design. They predicted Minecraft’s popularity with children would change the mechanics of future video games. We believe it did.

The story of Hiveswap is huge and intriguing: it begins with a web comic called Homestuck, and ends with the success of Undertale.

These web comics featured crude hand drawings and were sometimes released alongside a browser-based game. They were unusual because for something so popular, it wasn’t exceptionally pretty and the writing wasn’t polished. What made it grow was community involvement.

In the beginning, suggestions or contributions were taken from the forums and put into the story. Check out the first act in Homestuck and you’ll see how the name of the main character was chosen:

Even Undertale’s developer Toby Fox was making songs in the forums. Undertale’s Megalovania was actually originally composed for Homestuck and called MeGaLoVania.

Homestuck grew into a global phenomenon with a readership of millions. Eventually, Andrew Hussie decided to create a Kickstarter project with the ambition of ending the series in a video game format.
He called it ‘Homestuck Adventure Game’ but later changed it to Hiveswap.

Notably, Hussie regularly ran events where the community was invited to create a fantroll (their own character). During the Kickstarter, two donors pledged a mighty $10,000 to have their own Hiveswap fantroll included in the game.

Since their successful Kickstarter campaign finished, Hiveswap has released two games called Act 1 and Act 2, with others still in development. 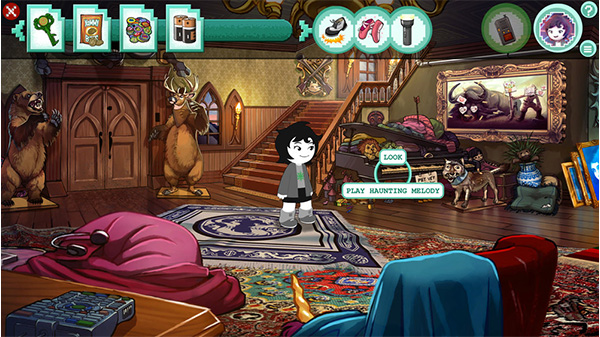 Why Was Hiveswap A Successful Kickstarter Game?

Hiveswap built hype and fostered community involvement for years prior to its Kickstarter campaign, tapping into their passion with community-pleasing pledge rewards.

An engaged community is essential to a successful Kickstarter campaign, with games like Darkest Dungeon and Undertale growing passionate communities before starting their Kickstarter.

Hiveswap, developed by What Pumpkin Games

Imagine climbing up a mountain and falling into an underground realm full of monsters: monsters who were banished there years ago after losing a war against humans.
How you live this journey is up to you, and there are some surprises in the sound and story to reward the choices you make. This is Undertale’s compelling tale.

Undertale grew from concept to adventure with 2,400 Kickstarter backers pledging just over $51,000. Since then, it’s raised a lofty $31 million in revenue. Like Minecraft, and partly like Hiveswap, Undertale was the brainchild of one man, Toby Fox. Fox never expected Undertale to do so well.

Since its release, Undertale’s story has grown many arms and legs and its community is seeing accusations of being toxic. Toby Fox actually left the community because of it’s aggressive demands for the game to be played in one way. For a deep dive into this, check out the YouTube documentary What The Internet Did To Undertale.

Why Was Undertale A Success?

Undertale’s impact somewhat came from its link with Hiveswap. As mentioned before, Toby Fox actually started out in the community of Homestuck and he even wrote music for the series.

Homestuck is famous for its depth of characterisation. Undertale leans heavily down the same path.

Undertales’ link to Homestuck is also notable for its pledge options, offering a $1,000 pledge reward to have your own fantroll feature in the game, just like Hiveswap’s $10,000 pledge. 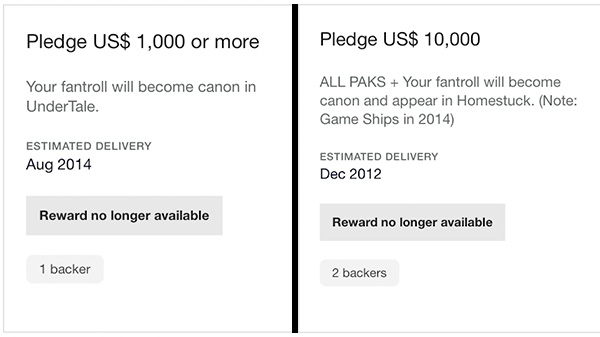 The highest Kickstarter pledge of Undertale and Hiveswap

Perhaps then, for some, Undertale’s release in 2015 filled a gap left by the end of Homestuck, leading to support from Hiveswap’s fanbase.

In many ways, Undertale sold nostalgia. For Homestuck fans, this was a new game with a similar feel; for music fans, it was chiptune songs that were catchier than a Magikarp; for artists and old gamers, it was 2D pixel art that plays on a small window on your screen, much like an old console or Game Boy.

Another key selling point for Undertale was its fighting mechanic. The mercy/act/fight encounter system lets the player decide whether to kill or befriend their foes, and you can actually make it to the end of Undertale without killing a single soul - known as a pacifist run.

Non-lethal runs in video games were not unheard of in 2015, but in Undertale, pacifists got to enjoy an even deeper character-driven story. What’s more, Undertale remembered if you killed a monster, even if you played a new save, which altered the ending. The mystery of which decision made an impact was an annoyingly intriguing mechanic that spoke to curious minds.

Undertale touched on nostalgia while pressing on some new ideas, drew in a large community, and ultimately released an unusual game that stood out from the crowd.

If you’re interested in exploring ‘a savage land, steeped in treasure and blood’, Alex Preston’s Hyper Light Drifter is a great choice.

This 2D action role-playing game takes you to a visual dream world with muted colours, mixed with striking neon and a musical composition by Disasterpeace - a composer who turned down Stranger Things.

There’s a sobering depth to the gameplay as the art, music, and story put you in the place of the main character, who’s desperately trying to rid himself of a deadly disease.

This character’s plight is a reflection of the developer’s fight with heart disease and his own life battles. In an interview with a UK newspaper, he said: 'The biggest component here is my ability to tell a story I can identify with, expressing something personal to a larger audience, so I feel more connected and have an outlet for the many emotions that crop up around life-altering issues'.

Why did people back Hyper Light Drifter’s Kickstarter?

The visual art and audio in this game were nothing short of breathtaking, and this was a key reason for people pledging to the game. This is evident when reading the comments on the early Kickstarter updates.

It’s no surprise that a year after its release, Hyper Light Drifter won top prizes for audio and art at the Independent Game Festival in 2017. 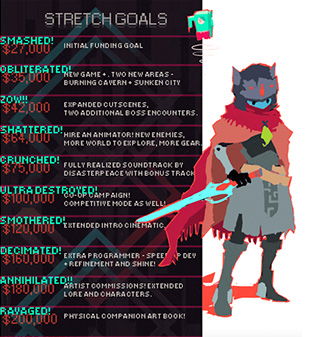 Named after a glassy, black rock formed in a volcano, Obsidian Entertainment is the sculptor of one of the most funded Kickstarter games: Pillars of Eternity. Before starting this project, they made games like South Park: The Stick of Truth, Fallout New Vegas, and Star Wars Knights of the Old Republic II: Sith Lords, so they were no newbies.

Despite their successes, Obsidian Entertainment had not yet made their own IP: that was until Pillars of Eternity. The dream was made real when 74,000 backers pledged $4 million, making it one of the highest-funded Kickstarters. Obsidian went on to win the best RPG at the Global Game Awards, and release a sequel and expansion pack.

Why Did Pillars Of Eternity Have A Successful Kickstarter Campaign?

Steeped in story and with compelling strategic fighting, Pillars of Eternity brought a fresh take to the well-worn RPG genre.

Pillars of Eternity enchants an early Renaissance setting, rather than the more common fantasy, Mediaeval one - with more cannons and firearms than arrows and trebuchets.
During the creation of the game, the developer Josh Sawyer spoke about how Pillars of Eternity would be relevant to its contemporary audience by exploring:

Pillars Of Eternity mirrored the change in attitudes and awareness within modern culture. 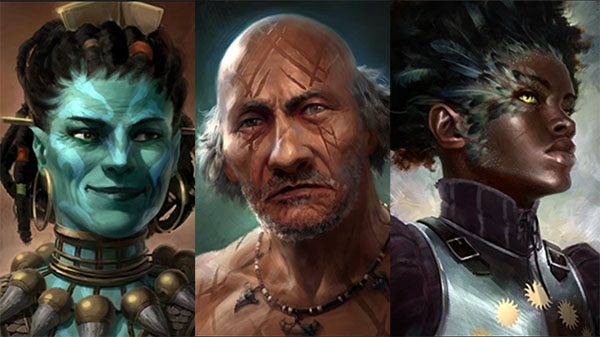 The way in which Obsidian Entertainment engaged with its community was persistent and reassuring.

On their Kickstarter page, Obsidian described the previous projects they had delivered under the heading ‘Who is Obsidian Entertainment’. There’s nothing like trusting your money will go to good use.

Obsidian posted regular comments addressing the specific desires, and continually gave optional add-ons for existing backers to pledge more and get rewards that suit them.

With Pillars of Eternity, we see a hugely successful Kickstarter game that owed its success to remaking an established genre in a way that was relevant to its contemporary audience. They created engaging community posts and showcased their proven track record. 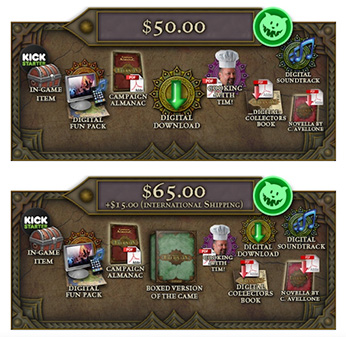 Two of the add-ons on Pillars of Eternity’s Kickstarter

How To Make A Successful Kickstarter Video Game

Few of the developers mentioned in this article could have predicted their achievements. Though it’s clear that their funding achievements on Kickstarter, and ensuing successes afterward, were not random but from promoting to their audiences in ingenious ways.

If you follow their example, a successful Kickstarter campaign awaits you. It could be the next Undertale, Minecraft, or Hyper Light Drifter!
You can find more tips in our article, ‘How to successfully run a video game crowdfunding campaign’.

If you’d like to try your hand at making your own game, GameMaker offers tutorials that can take you from no experience to sharing a game that you made with friends in less than 30 minutes. It’s absolutely free, and your 80-year-old Papa might think you’re even cooler than he already does. 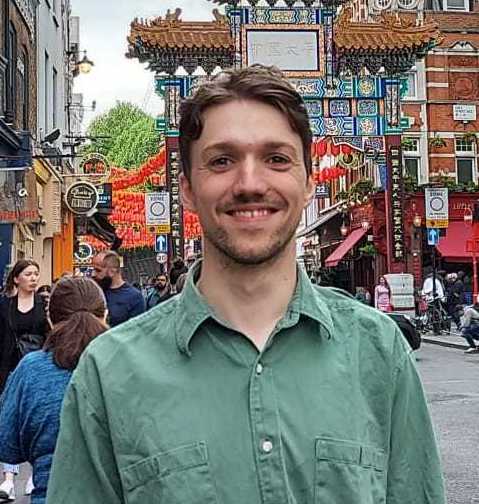 Sam Wain is a content writing intern at GameMaker. Often found crafting stories, composing music, and implementing his sound effects into a new game or project.