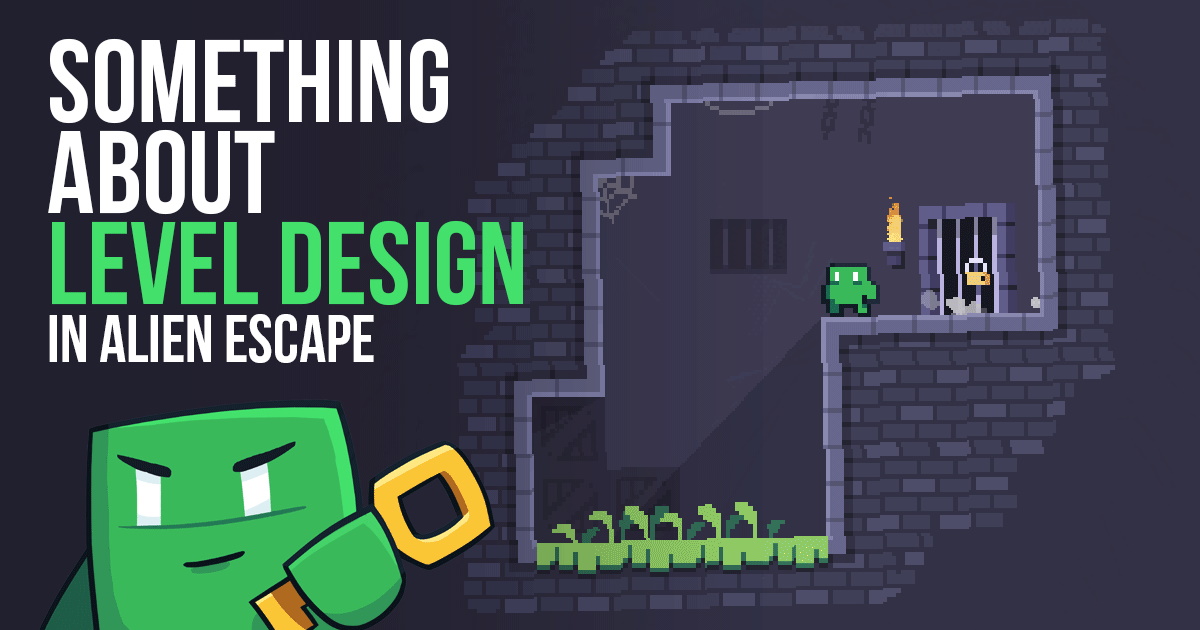 Alien Escape is a puzzle platform adventure out now on Steam and Switch. Creator NOFUEL GAMES have written the following blog about their level design process while working on the game.

In Alien Escape, the goal is obvious - The Aliens need to Escape! The only problem is, the little dudes can't jump... Luckily, they are able to flip gravity, which helps them break out from the castle and the tons of tricky rooms in front of them.

In this blog, I have captured the thoughts I had while creating the levels for the game and the design process behind from the ideal level of difficulty. This is often achieved through the introduction of new mechanics and creation of puzzles with the visual design of the rooms in mind.

The main goal from the beginning was to make the game playable by everyone. From experienced players to casual players. Everyone should be able to play the game and solve these puzzles. That was difficult because: An ideal level of difficulty and learning curve had to be found.

So the goal is to not only deliver an achievable but challenging task to the player but to also communicate that it is a task that can be mastered.

GET THE HANG OF IT

Playtests happened frequently in order to find how players behaved and to develop the ideal level of difficulty. Strikingly, the biggest difficulty was that most players had problems with the rotation of the room and needed some time to get used to it. So it was important to focus on the main gravity changing mechanic and explain this in the first few levels slowly and understandably.

TAKING THE PLAYER BY HAND

In order to make the mechanical introduction as easy as possible for all players, rotation became the only focus at the beginning of the game. The levels got designed using either room shape or instructional graphical elements such as color contrasts. This was done to give the player subtle environmental clues so that they could easily reach the ideal route to the end of the level. The player will get the feeling that they alone solved the puzzle, however, they have secretly been taken by the hand and led to the goal.

In level 3 for example, just a few options were given to the player so that it's almost impossible to not head towards the goal. However, if the player only uses the rotate mechanic and turns left or right, they will eventually end up in trouble.

The player is then made aware that they should not only turn. It's also very important to move and position the alien to continue. So this time they walk the character a few steps and discover the small recess in the wall which is covered with strikingly green overgrown moss to attract their attention. This area might be useful to solve the puzzle and get to the key.

In another level, spikes are used to limit the player's ability to rotate and makes the path to the goal even more obvious. Once again, an overgrown wall provides clues as to where the player has to land to finish the Level. 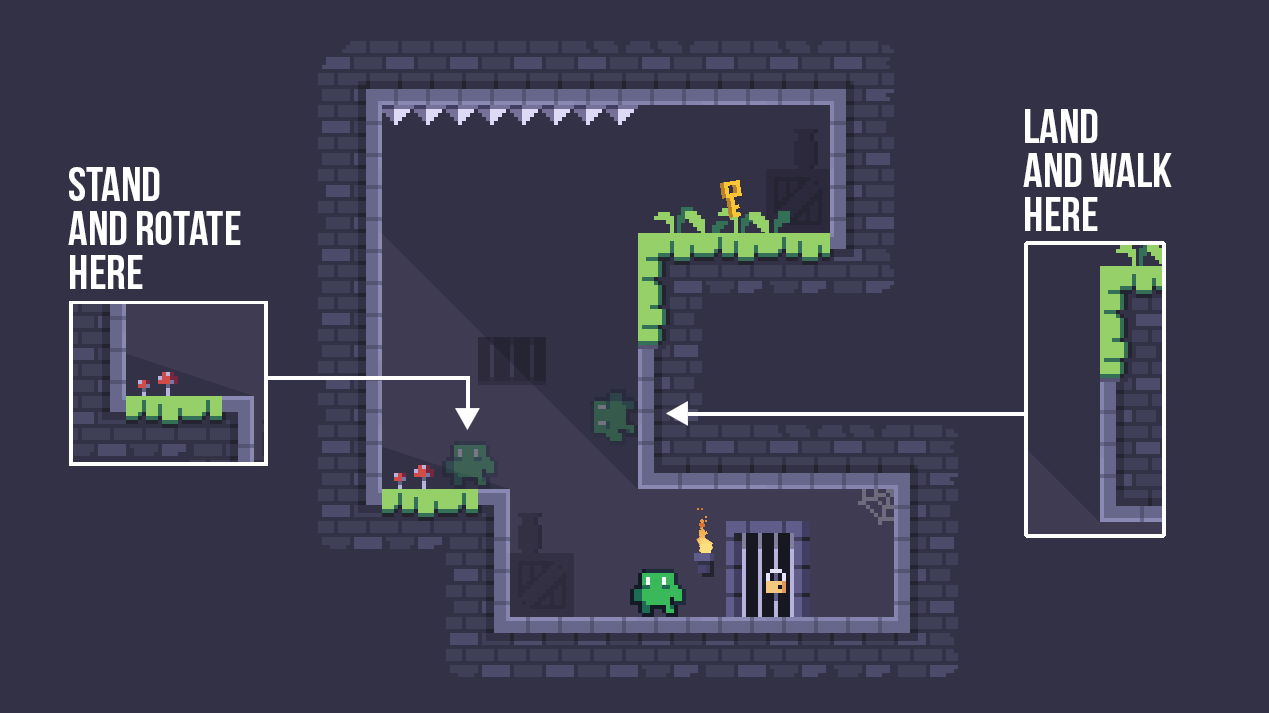 As soon as a new mechanic or level element is added, it’s going be presented in a room where the player can get to know how it functions. The wooden box for example: As soon as the player starts the room they see that the left side looks like a dead end. So, they turn the gravity to the right and suddenly the box moves and falls on the little alien.

The player learns early enough that they have to be aware of their surroundings, and that any wrong turn could mean death. The next attempt starts and this time the player tries to turn the gravity to the other direction but now there are spikes in front of them...

So they turn the gravity back and notices that the alien is now standing on top of the box and can't be crushed by it if the gravity changes to the right. The player has learned how to dodge boxes and to use them for their benefit.

Once the dangerous fire is introduced we see that it can easily light the alien up. It is quickly made clear that the fire can be stopped with a metal block. Without this room, the player would have more difficulty finding the solution in the following level, where the fire has to be stopped by a metal box to pass.

The design of more difficult levels came from working back to front. I tried to think of a solution that needs to be done to get the player to the finish. Like in this water level, where the floating box has to be used as a kind of elevator.

I considered how this situation can be achieved, so how the alien and the box must ultimately end up so the alien rides the box on the water. From the positioning in the picture below the player now only has to rotate to the right to land on the box and to float up with it towards the finish line. 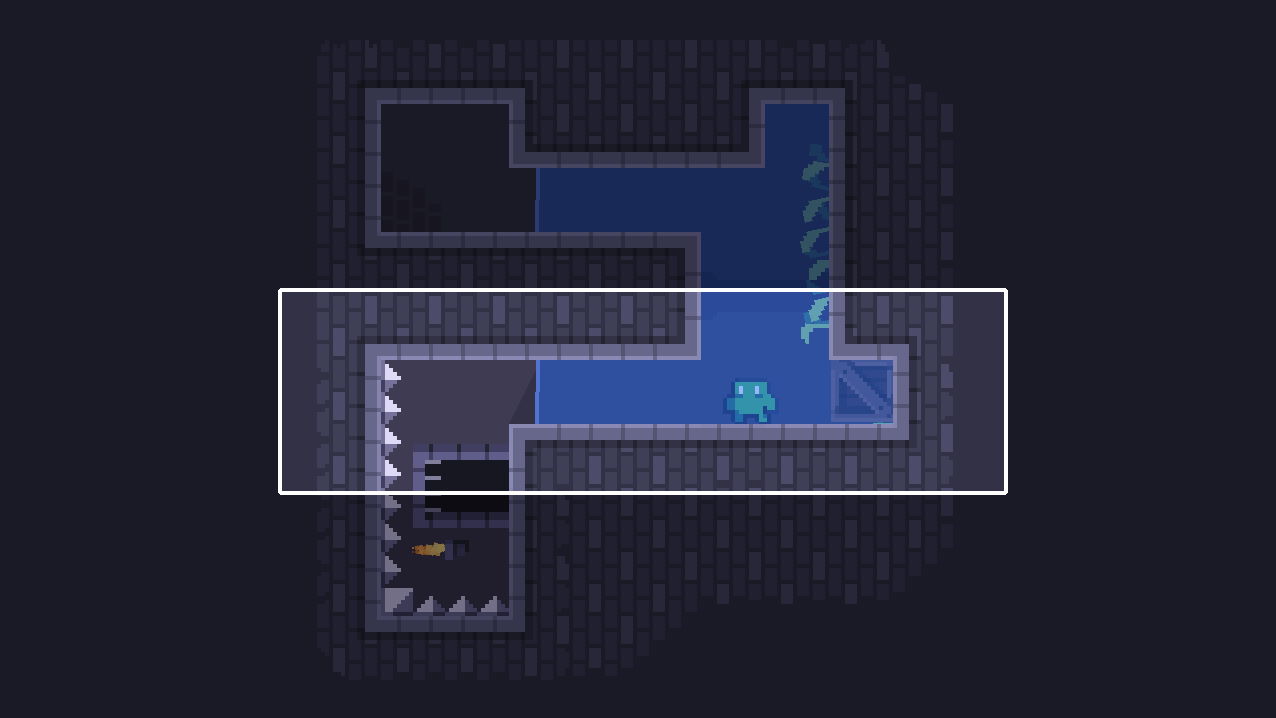 From there, the other needed rotations were built around them. So the level was like building from the end to the start. 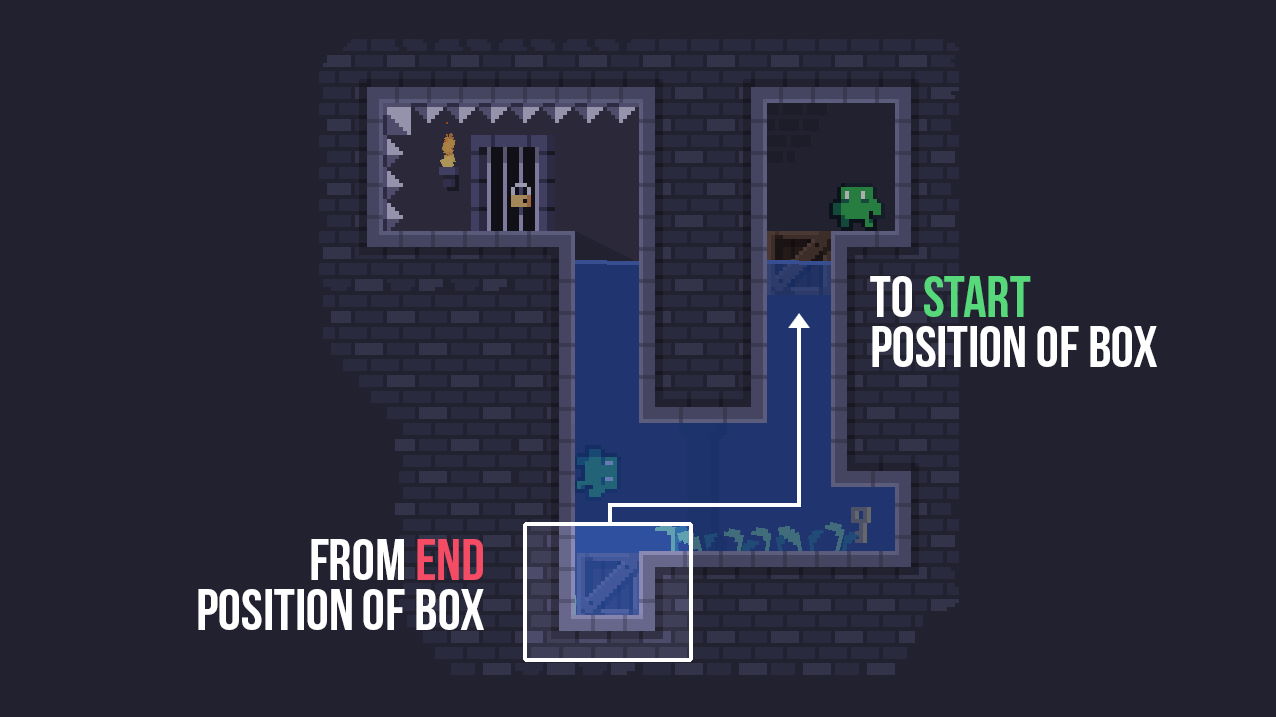 Last but not least the basic shape of the room was designed to be exciting to look at it - as far as the necessary puzzle requirements left enough space for it. Instead of simple squares, I always tried to go for interesting looking shapes. In some cases, the shape also helped in leading the player in the right direction. 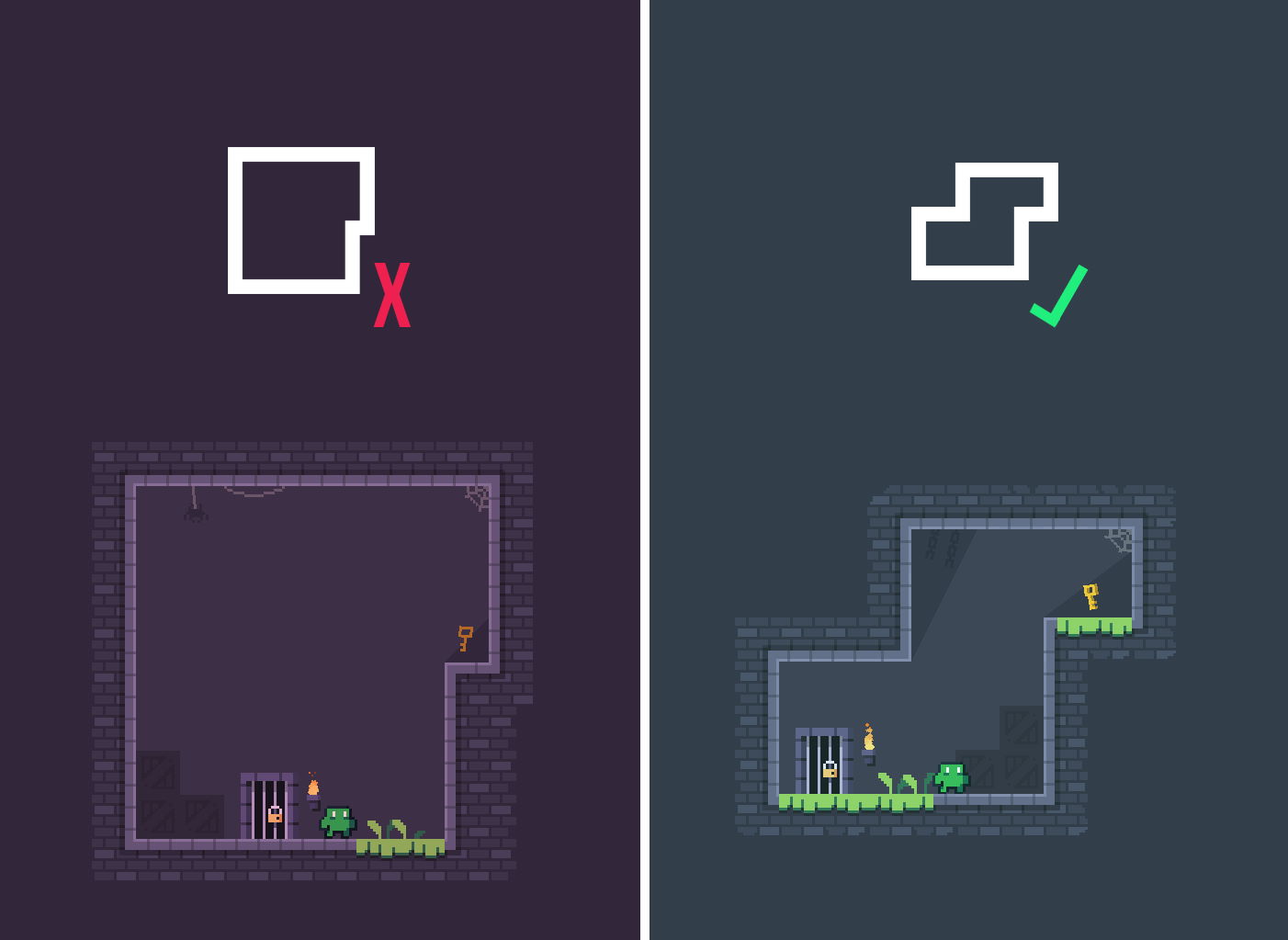 And that's just a few of the thoughts on the level design in Alien Escape. If you have any questions -- My dm's are open! @nofuel_games