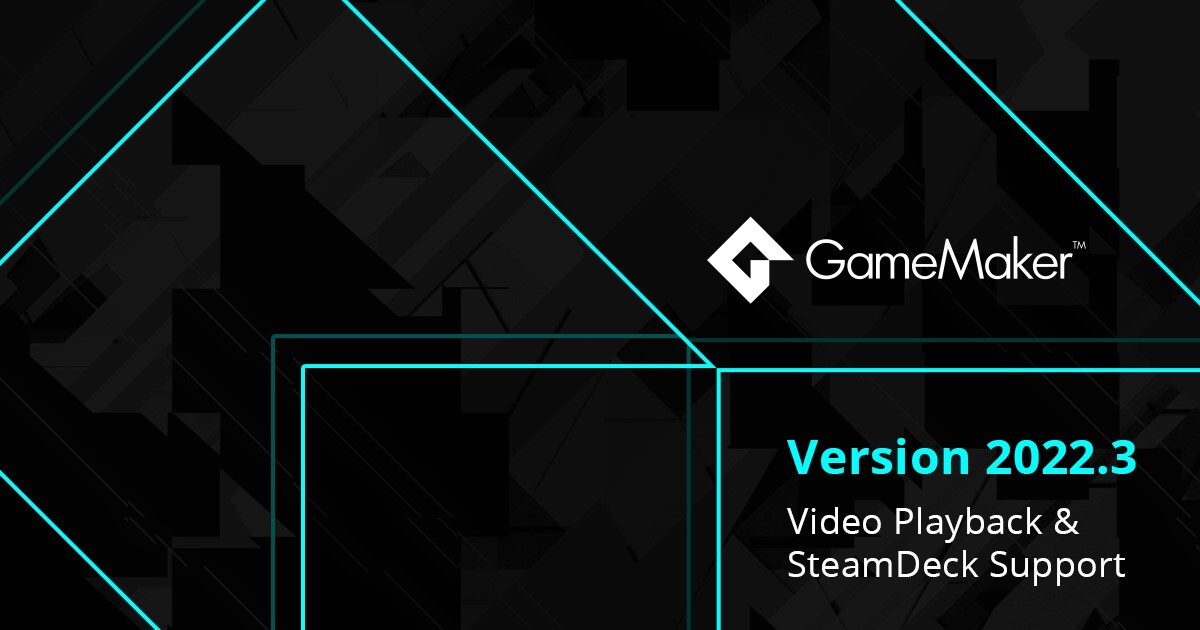 You can now download the latest version of GameMaker, 2022.3. The update brings SteamDeck support, new filters, and video playback, along with a way for your game to run faster on GXC.

This update brings a change to the product name: GameMaker Studio 2 is now GameMaker.

"GameMaker: Studio" was an evolution of the original "Game Maker", followed by GameMaker Studio 2, a major improvement to the GameMaker series.

At its heart, the engine allows you to simply make a game, and this product name update better reflects our goals and reduces redundancy.

This update brings no change to your licenses and subscriptions, which will continue to remain the same. 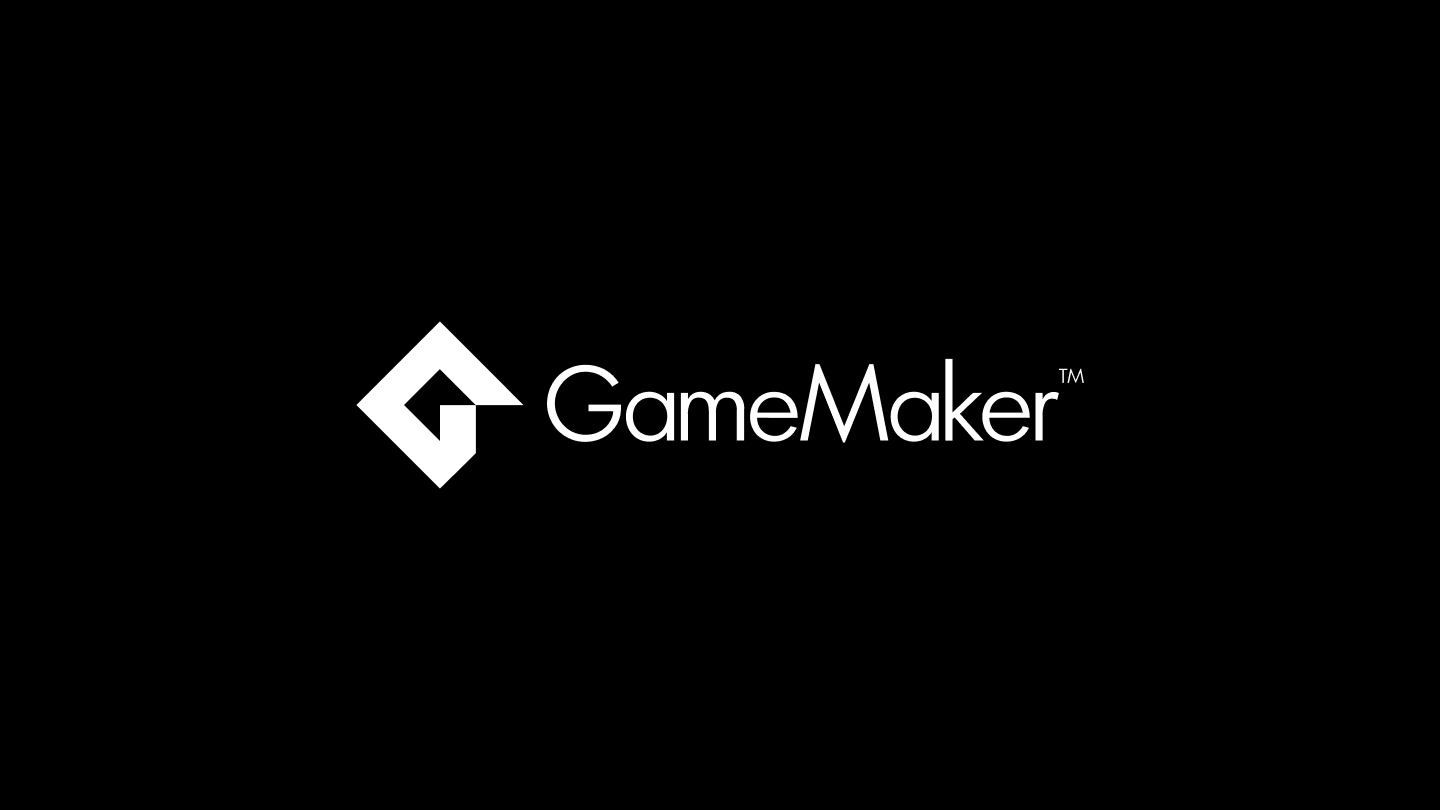 Video playback available on all platforms

Introduced in last month’s beta, video playback is now available to everyone. Simply load a video by calling video_open() and draw it using video_draw(). This functionality is supported on all platforms besides UWP.

Several additional functions have also been introduced to give you greater control over your video at runtime. You can now pause a video, loop it, seek it to any position, and get different kinds of information.

Five new filters are being introduced with Version 2022.3:

All the filters/effects and their parameters are documented in the manual.

You can now use the Inspector to view and modify Path and Animation Curve assets.

The latter greatly improves the workflow with Sequences, allowing you to animate your graphics and modify various Animation Curves on the same screen: 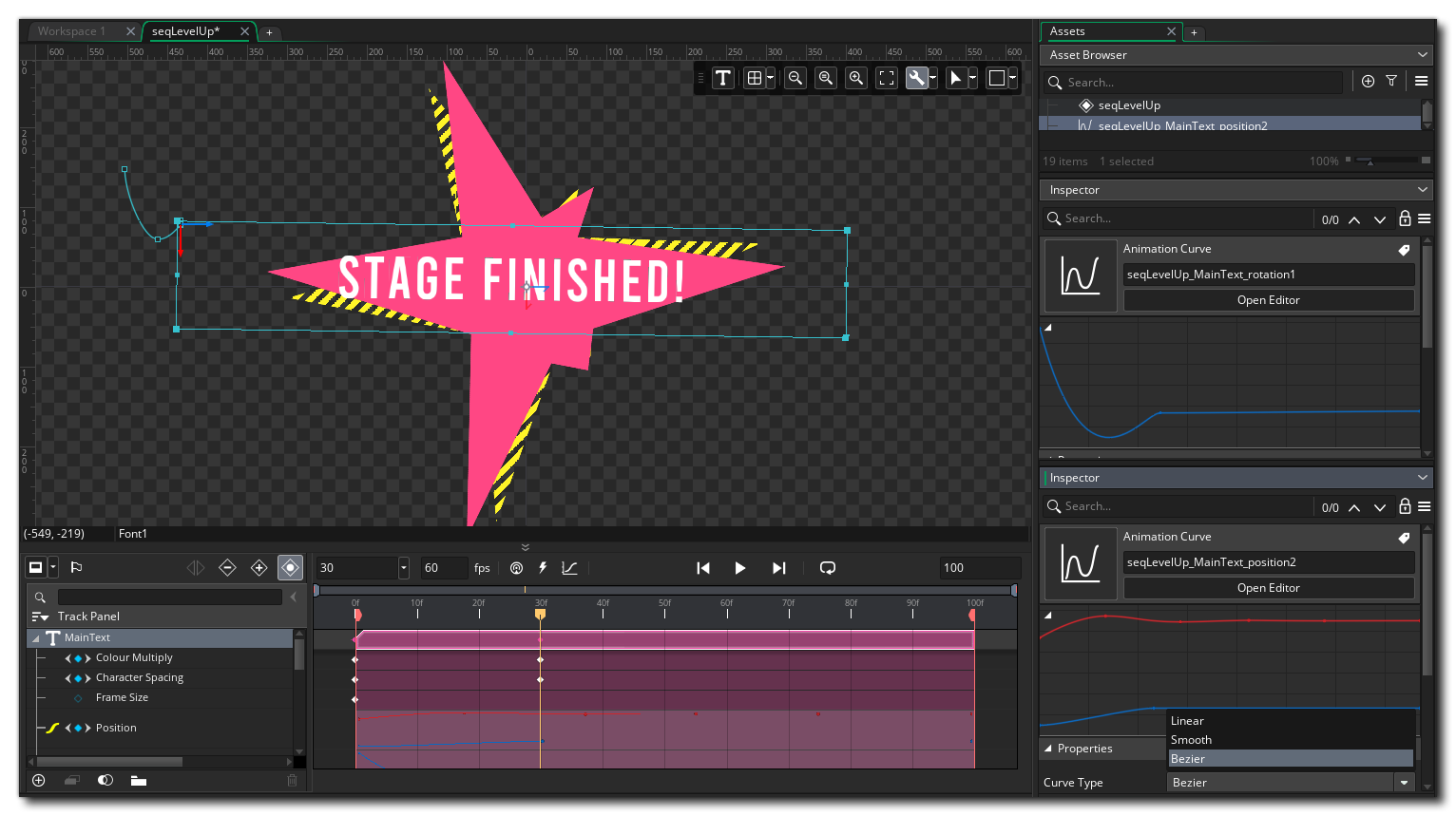 We’re bridging the gap between Drag And Drop and GameMaker Language.

Drag and Drop has always been a visual way to program with GML, and to better represent that functionality, it's been renamed “GML Visual”. The code counterpart of this is now known as “GML Code”. 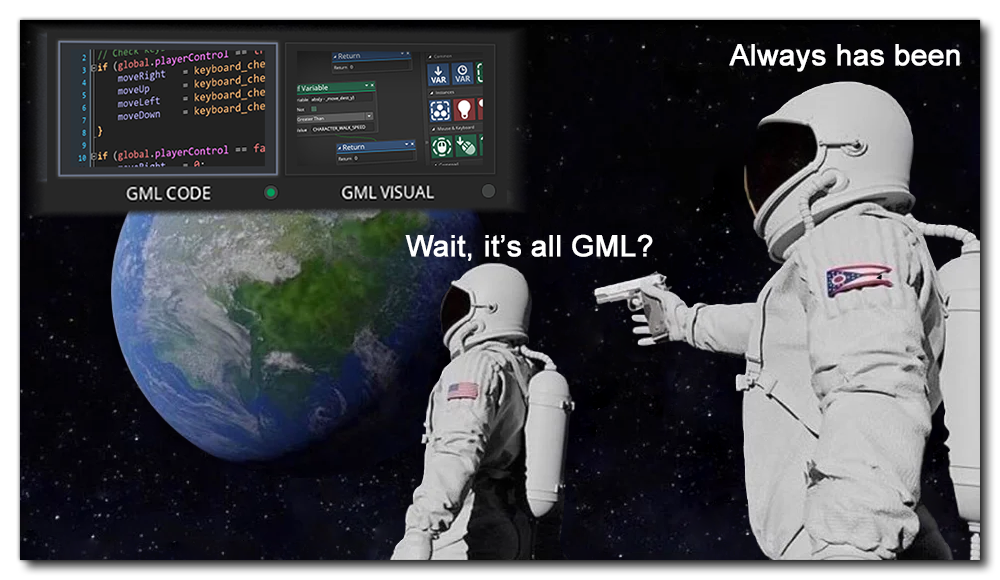 You no longer have to choose between Code or Visual (formerly DnD) when creating a project. Instead, you'll be asked to make a choice when creating a new script, which can be an Object event, a Script asset, a room’s Creation Code, etc. 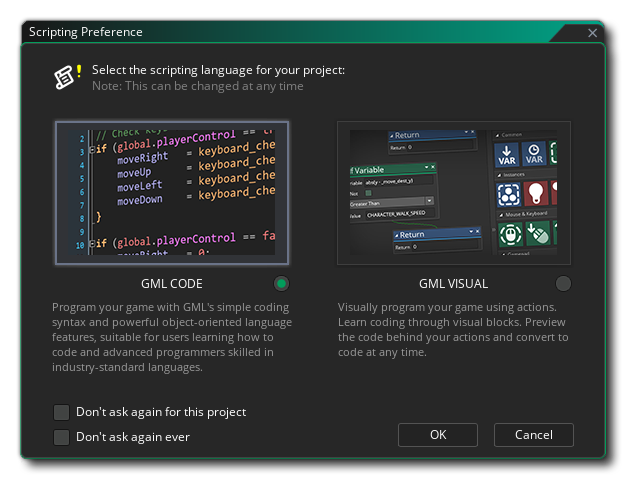 You'll always see this dialog unless you select one of the “Don’t ask again” options at the bottom.

You can manually set your preference for an individual project in the General Game Options, or set your preferred way of using GML in the Language Preferences so all your future projects use either Code or Visual.

The existing Linux export option (which creates a .zip file) has been changed to use the Steam Runtime. This means that games exported through that option will only work on Steam, and for distribution through other services, AppImage must be used.

This version also adds support for exporting games to SteamDeck through the Ubuntu target, as SteamDeck itself is also based on Linux.

With Version 2022.3, you can run games on Opera GX using YYC, greatly improving the performance of your games.

YYC is the "YoYo Compiler" which generates low-level C++ code from your GML code, before compiling that to WebAssembly.

We’ve produced a guide to help you set up the YYC target and maximise the performance of your titles.

Once you’re set up, you can select YYC from the Target Manager in GameMaker.

YYC takes more time to compile, so you will want to use VM for the majority of your tests, and use YYC for your final publishing builds.

GameMaker Version 2022.3 introduces four new languages to the IDE and the manual: Polish, Korean, Italian, and Japanese. Change your language from the General Preferences: 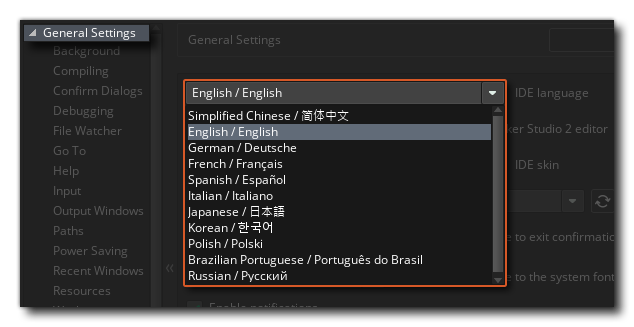 Update GameMaker now to take advantage of the new features, and if you have any questions regarding this update, reach out to me @itsmatharoo on Twitter. Read the release notes for detailed information on 2022.3.