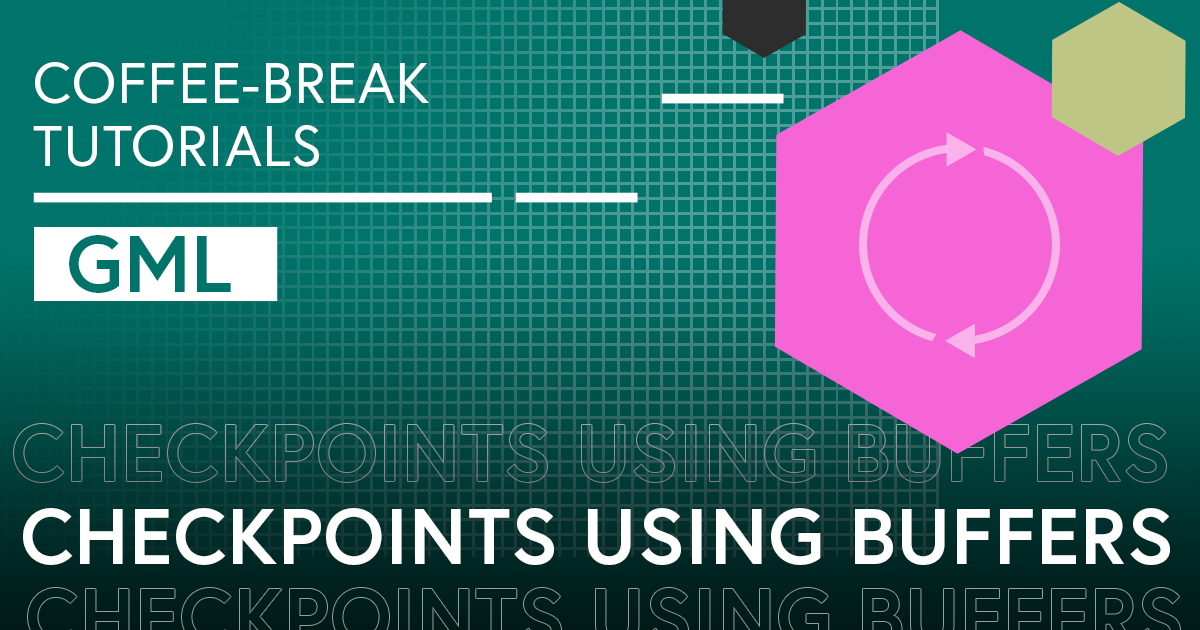 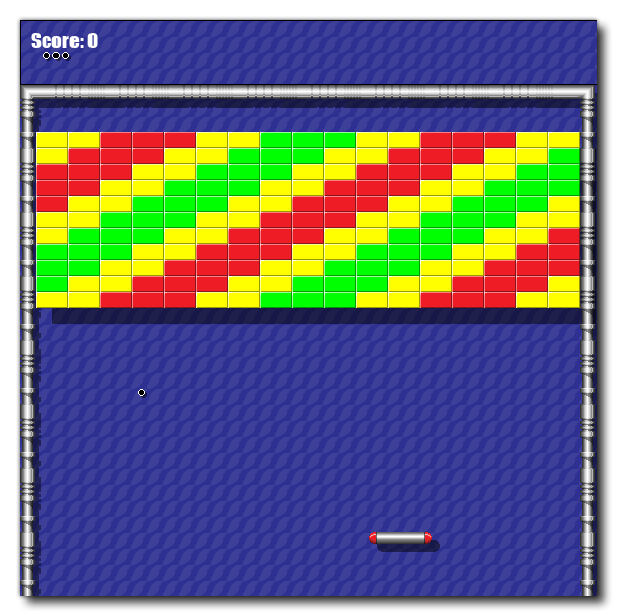 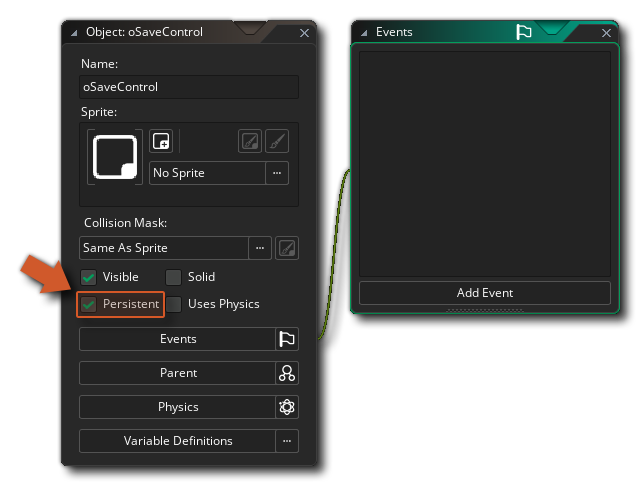 Making this object persistent means we can add it into the first room of the game and it will be carried over to the rest of them when rooms change, making it ideal for storing information. With that done, we can start to add our GML code...

After those checks, we'll create a buffer, add some data to it, then save it and delete it. Let's look at the code first then we'll explain it:

So here, after we check the room and the number of balls that the player has remaining, we create our buffer. When we do this we need to specify the size, the type and the alignment. We won't explain these details here as the manual covers it all in depth here, but the values we've chosen are just basic "starter" values for buffers where we aren't sure what amount of data, nor of what type, we are going to add.

Next we add in the number of balls as an unsigned 8 bit integer value. It's unlikely that the player will have more than 256 balls, so using an 8bit int is fine for this. For the score we've used an unsigned 32 bit integer as it will be greater than 256 and this type gives us plenty of room to store even larger score values. Finally, we check the current room and store a value for it as another 8 bit integer (if the game was going to have more than 256 levels, then this would be changed to a 16 or 32 bit integer). You'll notice here that for Level 1 we are saving 2 as the value, for Level 2 we save 3, etc... This is because we've completed the current level at this point, so we will want the load system to know that the room the player should go to when we load is the next one.

The final thing we do here is save the buffer to a file, then delete it, as we don't need to keep it around in memory. Like most dynamic resources that are created at runtime, you want to make sure that they are removed from memory when no longer needed to prevent memory leaks.

That's the code we need for saving, so let's now add what we need to load the game. This will go in the Step Event of our save controller object, so add that event now. We only want to load data if the player is in the main title room, and we also only want to permit the player to load a game if a save file actually exists, so we'll be starting with those checks. We currently use the left mouse button to start the game, so we'll keep using that for a new game and use the right mouse button to load the game. This means we also need to check those buttons, and then in the right mouse button section add in the code to actually load the data and go to the appropriate room.

The code for all of the above looks like this and should be added to the Step Event:

You'll notice that the left mouse button action will delete the save file file and reset the global variables for balls and score. This ensues that when a new game started, the save file created will be for the that game and that the data is saved correctly. Also notice that in the right mouse button code where we load the buffer, we read back the buffer data in the same order that it was written, ensuring that each of the items we read are of the same type that were written too. This is very important, as getting the order wrong or using the wrong type can give wrong values and even lead to errors that may crash the game.

We're almost ready to test things, but before we do we need to let the player know that they can load a saved game from the title screen. For that we'll add some very basic code into the Draw GUI Event so that it shows on the title screen if a save file is present. Add this event to the save controller object now and give it the following code: