APICO: I Wanted To Make A Difference In The Real World 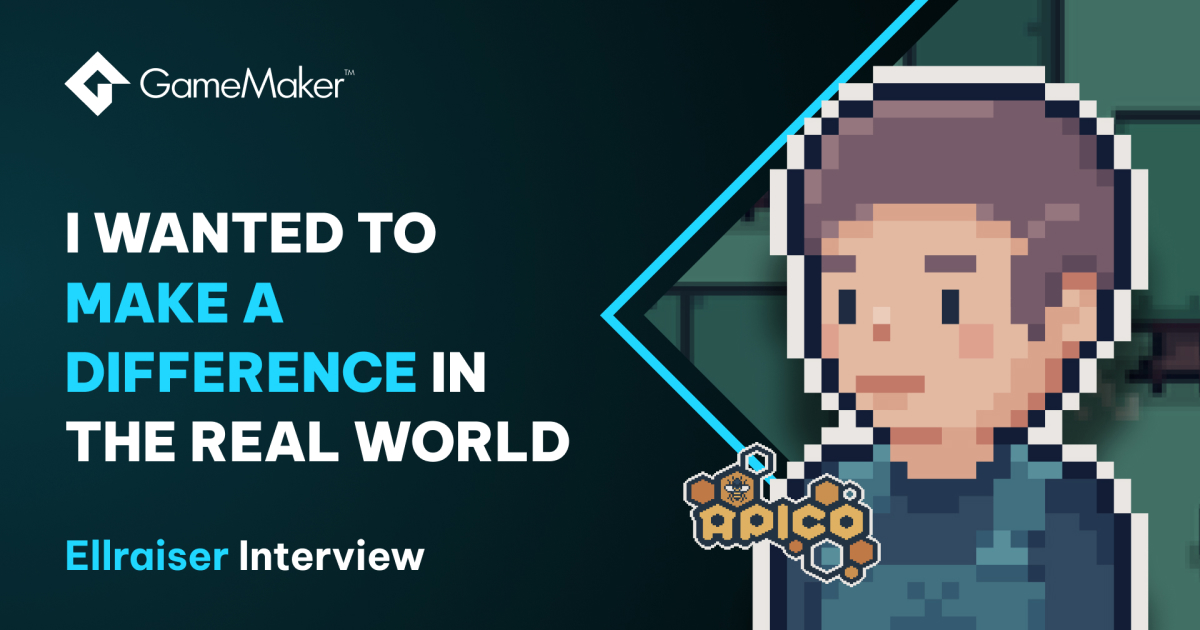 Ell, known online as ellraiser, is a designer and software developer with a love of gardening. Their beekeeping game APICO  has won the hearts of gamers across the world with its bee-autiful graphics and engaging gameplay.  During our interview, we asked Ell about the inspiration behind their game, the small controversy it caused, and their interest in bee-related products!

While I've always wanted to make games, I either never had the skills, the time, or the patience to actually do it!

I’ve made several ‘attempts’ in the past to try and make something, but it didn't really get much further than some concept art. APICO is my first game that's actually gone past just some sketches, and my first game to actually release. It's been a LOT to learn and take in and it's been quite a wild journey, but I've enjoyed it so much.

I ended up getting furloughed during COVID, leaving me with an incredible amount of free time. There was only so much Terraria I could play before finally deciding that this could be a great opportunity to finally try my hand at game development. I roped my long-suffering brother Jamie in to help me with the writing and some of the art, and things escalated from there.

What was the inspiration for APICO?

Me and my brother used to play an old Minecraft modpack called Tekkit. Jamie would focus on mining the planet into oblivion, and I spent most of my time playing a mod called ‘Forestry’ that focused on trees, pollination, and most importantly, bees.

I felt like you could do a lot with this concept and make a game around the cross-breeding of bees, expanding it into actual beekeeping and a much wider set of mechanics.

It's also inspired by a few other games I play a lot, so there's little bits of Terraria, vanilla Minecraft, and Starbound all influencing some of my decisions. I get a lot of ‘it's like Stardew Valley’, but I'm ashamed to admit I've still not played it yet! 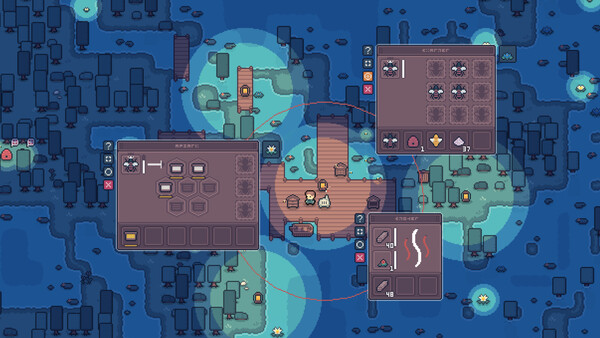 Why did you decide to make APICO?

At first I was just making the game and not really thinking about much else, but as the game got more attention and more popular, I felt like we could use our platform (even if it was only a small one) to help make a difference in the real world.

I tried to mirror this in the gameplay and work on more conservation-focused mechanics. I actually spoke to real beekeepers to make sure I was representing things well enough.

I also wanted to help add to the cosy/wholesome game scene and show that you can make games without any real pressure, time limits, or fail states that are still fun for people to play.

After the game was released, we also wanted to help real-life bees, so we have been donating a portion of the profits to beekeeping and wild bee conservation charities!

What was the most surprising part of APICO’s development for you?

I didn't expect it to go anywhere. I only started it as a random side project to see if I could make games, but the fact there's thousands of players all loving this silly little bee game is just incredible to see.

Has APICO caused any controversy?

For a cute casual game about bees, you'd think there wouldn't be much, but we faced quite a lot of criticism - not because of the gameplay, but because the NPCs in the game have their pronouns displayed!

It's a small thing, but apparently there's quite a few people out there who get outraged by seeing some grammar, so it ended up causing a lot of drama, including several troll threads on 4chan, and actual death threats.

My stance on this was (and still is): don't like it, don't buy the game, which unsurprisingly wasn't appreciated by the more ‘entitled’ gamer scene. 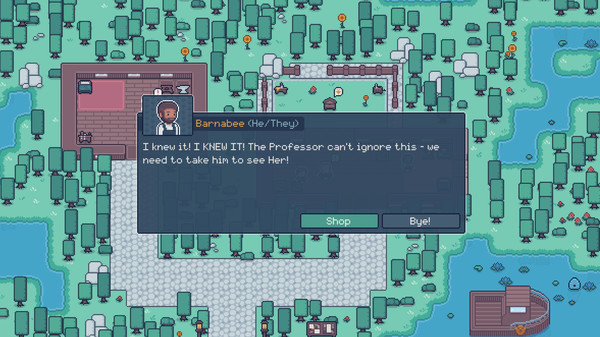 Example of pronoun inclusion in APICO

APICO was originally written in vanilla Javascript. When speaking to our publisher Whitethorn Games, I agreed to move it to something else to help with console porting.

I used GameMaker before to try something that didn't go anywhere. I had experience with GameMaker Language and felt confident I'd be able to move the game over to it without too much of a learning curve.

I tested some of the core mechanics of the game in GameMaker and it all worked great, so I dived in! All told it took about three months to move the game over in its current state.

Some parts of GameMaker feel a bit more geared to ‘hobbyists’. When it comes to production and console games, things get a bit more messy.

I had a lot of problems with the console documentation, with things missing or not made clear, and a bunch of console APIs that just didn't work or needed adding in to meet Nintendo lotchecks.

I also find the monthly updates annoying for production development. I'd say every month there’s been something somewhere that has broken in my workflow and forced me to spend more time than I normally would working around the issue.

I don't mind stuff breaking, but I'd prefer if there was some sort of stable build. Especially when you’re porting, you want to be able to stay on the same version without having to deal with the latest monthly update causing new issues. 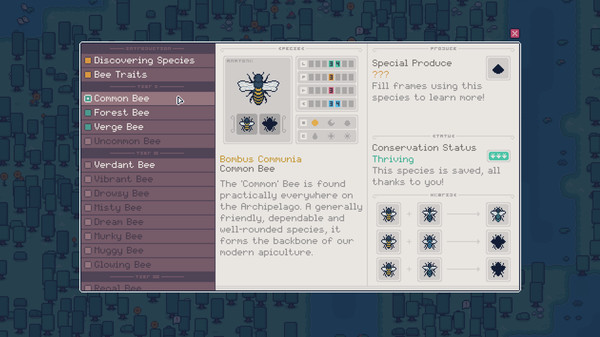 You have so much stuff to manage that there's just not enough time.

People don't realise how many things there are to do, even before you get into developing the game or fixing bugs. I definitely struggle with managing that time effectively.

In a bigger team, you'd have other people handling each part and you can just sit down and get coding, but when there's just two of you, and only one of you does this full-time, it's a lot harder.

Today I wanted to work on some game development - I woke up and replied to some ‘work’ emails, then checked the Steam forums where there were some bugs to handle, then caught up on Discord messages, then Twitter notifications, answered some more emails, started answering these questions... Before I realise, it's already lunchtime, GameMaker has been open in the background this entire time, and I'm yet to actually start any game development!

Are you practicing beekeeping yourself?

I don't, not sure my neighbours would appreciate that!

BUT, my garden is an overgrown mess that is heaven for all our little pollinating friends! 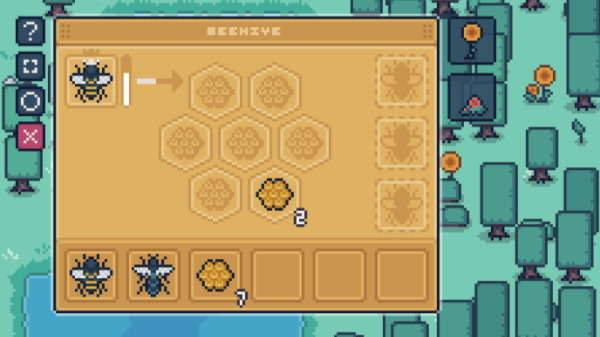 What type of honey or bee-related products do you like the most?

I have a sweet tooth, so honey is my favourite, especially in hot drinks.

Despite having a game where you make ‘Apicola’, which is totally not mead, I don't drink mead anywhere near as often as I should.

I both loved and hated making APICO, but overall I've enjoyed it more than any other project I've worked on. I have so many more games I want to make. We're already working on our next game, ‘Feed The Beasts’, which is a factory sim game crossed with a cooking game.

I also have about three major updates I want to release for APICO. There are still plenty of things in the works - I better get back to it now actually...